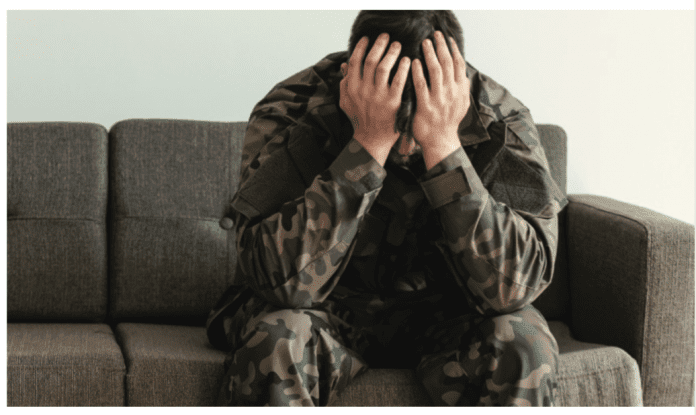 According to the Centers for Disease Control and Prevention (CDC), suicide is the 10th leading cause of death, and military personnel and veterans die by suicide at a higher rate than the general public. According to the Veterans Affairs (VA) National Suicide Data Report, an average of 22 veterans die by suicide per day. This statistic resonated at Carl Vinson VA Medical Center (CVVAMC) in Dublin, Georgia, where we experienced the loss of a veteran to suicide, followed the next morning by another veteran’s death by suicide at a sister facility; 3 days after that, a veteran ended his life in a VA waiting room in Austin, Texas.

In quick response to these tragic events, CVVAMC leaders asked the nursing education department to provide organization-wide suicide prevention training to all employees over a 2-week period. That included clinical and nonclinical staff (such as clerical, human resources, and environmental services) at our own facility and six satellite locations. Given the short time frame, we knew we would need to keep large groups engaged during training. We decided a micro-training approach combined with simulation would best meet our needs.

As defined by David Gaba, MD, founding editor-in-chief of Simulation in Healthcare, “Simulation is a technique—not a technology—to replace or amplify real experiences with guided experiences that evoke or replicate substantial aspects of the real world in a fully interactive manner.” The National League for Nursing (NLN) Jeffries Simulation Theory describes it as experiential, interactive, collaborative, and learner centered. Simulation frequently involves a familiar or realistic situation in which a participant’s role may not be as prominent or distinctive as it would be in role play. The goal is to heighten a quality learning experience. Debriefing, which occurs after a simulation, is where learning takes place. According to the Knowles Adult Learning Theory, adults learn, retain, and apply information best when they’re actively involved in the learning process; simulation aligns with that need.

Traditionally, simulation is presented in a small-class format; however, when time is of the essence, micro-training (which ranges from several minutes to 1 hour) with large groups is a viable option. Organizations want performance-specific, “just-in-time” training that leads to improved outcomes; pairing simulation and micro-training can help achieve those objectives.

The CVVAMC nursing education department agreed to use a cross-functional team approach to develop efficient and effective suicide prevention training. For the micro-training, we developed a 16-slide presentation and a 6-minute suicide prevention simulation, which was followed by a 10-minute debriefing session. Training consisted of five 1-hour sessions per day for 5 days.

The team, led by the nursing education department, included members of each department from chaplain to information technology services. Nursing education staff and mental health subject matter experts trained the team members, who then served as facilitators, presenters, actors, and debriefers, and made opening and closing remarks at their assigned sessions.

Putting the plan into action

The focus of the suicide prevention simulation was to create a realistic, inviting environment capable of engaging a large group of learners to help them recognize early signs and symptoms of veterans in crisis. The didactic and simulation training addressed all components of the VA-designed S.A.V.E. program. (See S.A.V.E. the day.) Facilitators emphasized never leaving a veteran at risk for suicide alone and establishing a protocol for employees to use the Veterans Crisis Line number: 800-273-TALK (8255). During each session, the facility executive leadership team asked participants to take out their mobile devices and immediately add the crisis number to their contact list.

During the simulation, all the participants first observed as the actors presented the scenario of a veteran in crisis and a staff member’s response. Then participants met in small (10- to 15-person) groups led by a trained team member for debriefing and to enhance interaction. After each training session, the team members met and discussed difficult questions they received from their group, which helped prepare them for the remaining debriefing sessions.

During the training and in the days that followed, testimonials came in from several employees as they began to use the tips and tools they learned. In the case of suicidal crisis, employees seemed to fully understand and embrace the concept of “never leaving a veteran alone.” Most leadership and frontline employees felt confident that they could carefully and skillfully manage a veteran in crisis. This story is an excellent example of putting the training into action:

A few days after our scheduled mandatory trainings were concluded, a veteran having suicidal ideations went to an urgent care center (UCC) with his wife. A nurse attempted to talk the veteran into voluntary treatment, but he refused it. The nurse then collaborated with mental health pro­viders to arrange for an involuntary admission to a psychiatric unit. When the veteran heard he was being admitted, he became enraged and made threats of violence to everyone, including the staff in the UCC, mental health, and police services.

A few days later, the nurse who had talked with the veteran about voluntary treatment received a LinkedIn message from him. She wasn’t sure if she should engage him but decided that ethics required her to do so.

The veteran said that although he was opposed to treatment, it was definitely the right decision on the VA’s part because he was committed to killing himself. He went on to say that “as tragic as it is that 22 veterans die each day through suicide, that day, there were only 21 because VA saved my life!”

Participant feedback is key to evaluating training effectiveness. To measure the success of our training, we distributed a confidential electronic survey via our learning management system, asking participants to rate three factors on a five-point Likert scale. Of the 1,160 staff members who participated in the training, 780 responded to the survey. The statements and questions in the survey included:

Although the quantitative data were beneficial, the qualitative data obtained from participants during the training sessions validated the effectiveness of the training method because it prompted reflection and sharing personal experiences. One participant said, “I have never experienced training like this before. We need to do more like it.” In addition, many participants shared their own stories of veterans, friends, and loved ones who had died by suicide, including comments such as, “Looking back, there were signs.” and “He just seemed to have everything going for him.” These stories, shared during the debriefings, created an atmosphere of community, compassion, and empathy.

Sustaining and sharing the process

CVVAMC recognizes that large-group suicide prevention training is merely the first step, so the organization has created a systematic approach to sustain the process. Quarterly suicide prevention simulation mock codes are now conducted throughout the organization using a variety of scenarios. In addition, the survey was repeated at 3 and 9 months after the training to measure its sustainability. The 9-month survey showed an increase for each of the three statements and questions (noted above) to 97% confidence and helpfulness, which supports sustainability.

Suicide among veterans continues to occur at a disturbing rate. Suicide prevention isn’t the sole responsibility of clinical staff; it’s every employee’s responsibility. Partnering micro-training and simulation provides a quality learning experience that helps employees meet this responsibility. For CVVAMC, this learning journey has only just begun. (See The good news.)

If you’re interested in replicating or duplicating our suicide prevention training program, email Pamela Jackson for more information and to obtain a comprehensive facilitator guide.

Werme J. Security awareness through micro-training: An initial evaluation of a context based micro-training framework. 2014. diva-portal.org/smash/record.jsfpid=diva2:795332&dswid=mainwindow