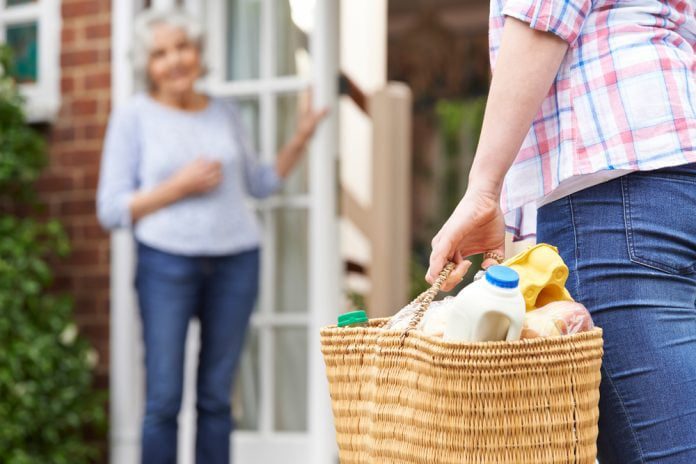 About the only thing more obnoxious than politicians playing games with peoples’ lives are politicians who have nothing but contempt for the people who elected them to office. And among the most blatantly obnoxious and contemptuous frauds perpetrated by contemporary politicians on the U.S. public is that Social Security is one of the major contributors to our fiscal crisis. In fact, the U.S. government has borrowed more money from Social Security than from any other source, including China. According to the Department of Treasury, roughly 32 cents for every dollar ($4.6 trillion) of our debt is owned by the federal government in trust funds for Social Security and other programs (including retirement accounts). China is the largest foreign holder of U.S. debt; it owns about $1.2 trillion in bills, notes, and bonds. The U.S. government has “borrowed” almost four times as much money from Social Security as it has from China, using it to fund other general programs. Moreover, it has promised to pay interest on that money. The government did not invest the money; it spent it. (http://usgovinfo.about.com/od/moneymatters/ss/How-Much-US-Debt-Does-China-Own.htm.)

With the aging of the Baby Boomers, that debt is coming due—and most politicians have no intention whatsoever of paying it, certainly not the Republicans. And now it looks like the Democrats won’t either. How did this happen? Through a little-known maneuver called inter-agency borrowing, where one government agency borrows from another. And get this: the government doesn’t have to pay it back. Congress can pass laws saying the government won’t pay the interest or, for that matter, the principal. As for those “suckers” (salaried workers and their employers) who paid into the program–they will get what the politicians decide to give them, and nothing more. (After all, Social Security is now called an entitlement program and its recipients are called takers). The government took money from workers’ paychecks, forced their employers to match it, and then borrowed the money and spent it. And now they’re saying Social Security has to be “reformed”?!

If you are rich enough, it doesn’t matter. But most Social Security recipients are not rich; the average recipient receives $1,230 per month or $14,760 per year. (http://ssa-custhelp.ssa.gov/app/answers/detail/a_id/13/~/average-monthly-social-security-benefit-for-a-retired-worker.)For a large majority of this group, the program is critical to their quality of life. About 65% of these elderly persons rely on Social Security for over half their income. That’s a total of more than 15 million individuals and couples. One-third (33%) rely on Social Security for more than 90% of their income. Moreover, the government automatically deducts $1,156.80 yearly for Medicare Part B. And then there are other medical expenses, including Medigap policies (at an average cost of $2,000 per year) and various copayments, deductibles, drug costs, and so forth. For Medicare beneficiaries, typical out-of-pocket costs in 2007 were $3,138. (www.aarp.org/Setting-the-Record-Straight-about-Medicare-fact-sheet.)

Seniors’ medical costs on average reduced this $14, 760 in Social Security benefits by $6,294.80. Therefore, $8,465.20 is the actual amount seniors must live on—their “take-home pay,” so to speak. For 2012, the federal poverty guidelines for one-person households were $11,170 and for a two-person household, $15,130. (http://aspe.hhs.gov/poverty/figures-fed-reg.shtml.) These are the people whose beneficiaries our politicians want to cut to pay the debt. They’re the ones whose money we borrowed and who, once retired, receive a poverty-level income. You know the ones I’m talking about—the ones some politicians call “takers.”

The Republicans say we can’t raise taxes to pay our debt. The Democrats say we must have a “fair and balanced approach,” which includes cutting entitlements, specifically Social Security. The elderly say, “You owe us”—and they are right. The United States owes them, as it happens, about $4.5 trillion plus interest (and even at today’s low rates, that interest amounts to a lot of money). Yet politicians are trying to chisel them, starting by tying the Social Security cost-of-living adjustment to a “chained consumer price index.” Allegedly more accurate, the index assumes that if one thing costs more, people will choose to buy something less expensive, like chicken instead of beef. The problem is, with incomes well below the poverty level, some seniors already are down to dog food; will they choose to eat cat food instead? These are the people who are expected to “pay” to reduce the federal debt—seniors who paid into the system for 50 or more years? The ones still paying property tax, gasoline tax, and sales tax? The ones whose money the government took on a promise of a return, and then spent without limit?

Dean Baker of the Center for Economic Policy and Research wrote on December 17: “While some people have tried to foster a myth of the elderly as a high living population, the facts don’t fit this story. The median income of people over age 65 is less than $20,000 a year. Nearly 70% of the elderly rely on Social Security benefits for more than half of their income and nearly 40 percent rely on Social Security for more than 90% of their income. These benefits average less than $15,000 a year. The reason that seniors are so dependent on Social Security is that the other pillars of the retirement stool, employer pensions and individual savings, have largely collapsed…For most workers, the vast majority of their wealth was in their homes. The collapse of the housing bubble destroyed much of this equity…It is also worth noting that this cut to benefits [the chained CPI] will affect current retirees, not just people who will be collecting benefits 10 or 15 years in the future, who might have some opportunity to adjust to a cut.” (http://www.cepr.net/index.php/blogs/cepr-blog/thoughts-on-the-chained-cpi-social-security-and-the-budget.)

And this is appropriate because…why? The rich have paid enough? The President is willing to throw Grandma under the bus? Social Security allegedly adds to the deficit? Or is it because Congress doesn’t want to pay the Social Security Administration the money it “borrowed” from it? The saddest part of this is that Congress can get away with it, unless the American people stop them.