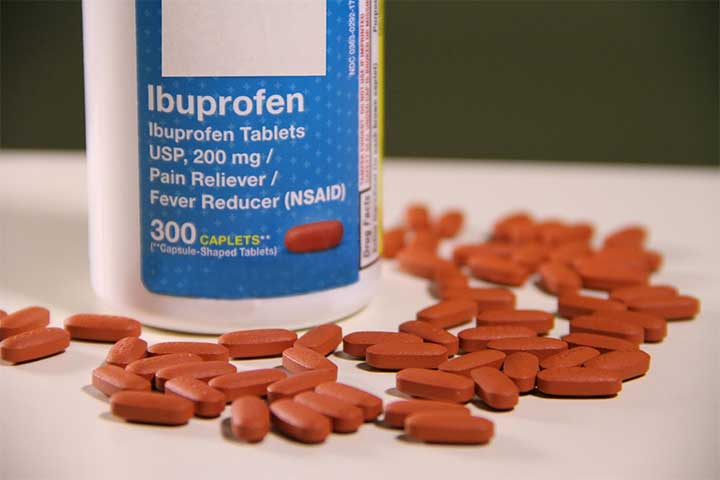 CDC recommends HIV screening for everyone
New recommendations from the Centers for Disease Control and Prevention (CDC) call for routine human immunodeficiency virus (HIV) screening for all patients ages 13 to 64. The screening approach should be voluntary “opt out,” with testing done only with the patient’s knowledge and consent. HIV pretest counseling and separate, written informed consent aren’t necessary but should be incorporated into general consent for medical care. The recommendations are intended to promote early diagnosis of HIV infection and thus improve treatment and prevention. Authorities estimate that at least 250,000 Americans are HIV-positive but don’t know it.
www.cdc.gov/mmwr/preview/mmwrhtml/rr5514a1.htm

Ibuprofen impedes antiplatelet effect of low-dose aspirin
Taking ibuprofen concurrently with immediate-release, low-dose aspirin may impede aspirin’s antiplatelet cardioprotective activity. According to the Food and Drug Administration (FDA), data suggest that a pharmacodynamic interaction occurs between ibuprofen 400 mg and nonenteric-coated aspirin 81 mg. The FDA recommends that patients who use both drugs routinely take ibuprofen 400 mg at least 30 minutes after or more than 8 hours before low-dose aspirin to avoid a potential interaction. The recommendation doesn’t apply to occasional ibuprofen users or to people who take enteric-coated aspirin.
www.fda.gov/Cder/drug/infopage/ibuprofen/science_paper.htm

U.S. healthcare ranks low in key benchmarks
The United States ranks 15th among 19 industrialized countries in preventable deaths of people younger than age 75. The National Scorecard on U.S. Health System Performance, developed by the Commonwealth Fund, measured healthcare outcomes, quality, efficiency, access, and equity. Using national and international data, it identified performance benchmarks and calculated ratio scores to compare U.S. averages to benchmarks. The Scorecard found that despite health expenditures double those of the median industrialized nation, the United States ranks last in infant mortality and is tied for last in healthy life expectancy at age 60. The Scorecard will continue to monitor performance over time.
www.cmwf.org/publications/publications_show.htm?doc_id=401577

One-third of teenagers don’t meet recommended fitness levels
About one-third of American teen­agers don’t meet cardiorespiratory fitness standards set by an expert panel. Researchers analyzed data on 3,287 youths aged 12 to 19 who took part in the National Health and Nutrition Examination Survey between 1999 and 2002. Using estimated maximal oxygen uptake on a treadmill test as the main outcome measure, they found that approximately 65% of the youths were physically fit. Fitness rates didn’t vary by race or ethnicity. On average, boys were more physically fit than girls, and overweight youths were less fit than their normal-weight peers. The study was published in the October Archives of Pediatric and Adolescent Medicine.
http://archpedi.ama-assn.org/cgi/content/abstract/160/10/1005

Guideline-recommended antibiotic therapy cuts early pneumonia deaths
Two studies in the October American Journal of Medicine show that giving recommended antibiotics to patients hospitalized with community-acquired pneumonia reduces early mortality. The first study found that starting antibiotics recommended by current guidelines of the Infectious Diseases Society of America within 48 hours of admission decreased the mortality risk by about two-thirds during those hours (compared to other antibiotic regimens). The second study found that in-hospital mortality was 3% when recommended therapy started within 24 hours of admission, compared to 7% with other antibiotics (a 57% relative risk reduction). Patients treated according to current guidelines also had shorter hospital stays and were switched to oral therapy sooner.
www.amjmed.com/article/PIIS0002934306004463/abstract
www.amjmed.com/article/PIIS000293430600194X/abstract

U.S. healthcare organizations are struggling to attract and retain critical workers—especially registered nurses (RNs) and other critical-skill workers. Retaining RNs is the most difficult staffing challenge, with 84% of respondents listing it among their top three staffing challenges, along with pharmacists (39%) and rehabilitation therapists (33%). The survey by Watson Wyatt Worldwide and the American Society for Healthcare Human Resources Administration found that more than two-thirds of 110 healthcare organizations reported having a moderate or great degree of difficulty retaining such workers. The organizations also reported a median 14% voluntary turnover rate—much higher than other industries overall.
www.watsonwyatt.com/news/press.asp?ID=16594

Coumadin gets new black box warning
At the FDA’s request, Bristol-Myers Squibb has added a black box warning to its U.S. label for Coumadin (warfarin sodium) to highlight the risk for major or fatal bleeding. (The previous label warned about bleeding risk but didn’t
highlight it in a black box.) The black box states that warfarin can cause major or fatal bleeding and that bleeding is more likely to occur during initiation of therapy and with a higher dosage. Besides listing risk factors for bleeding (such as International Normalized Ratio [INR] above 4.0 and highly variable INR results), the black box recommends that all patients receiving the drug have regular INR monitoring and that patients at high risk for bleeding have more frequent monitoring, careful dosage adjustment to the desired INR, and a shorter duration of therapy.
www.fda.gov/Medwatch/safety/2006/safety06.htm#Coumadin

FDA reviews its regulation on emergency research without consent
The FDA is revisiting its 1996 regulation that provides for a narrow exception to the informed consent research requirement. Generally, patients must have a life-threatening condition that requires immediate attention and must be unconscious or otherwise unable to give permission. At a public hearing in October, researchers and emergency medicine and trauma specialists said waiving consent should be allowed in cases in which immediate treatment is critical and getting permission is difficult or impossible (as when the patient’s unconscious). The FDA convened the hearing to discuss whether its 1996 regulation is adequate for guiding the ethical conduct of emergency research. The issue reemerged recently when the FDA allowed researchers to study an experimental blood substitute and withhold real blood from trauma patients without their consent.
www.fda.gov/bbs/topics/NEWS/2006/NEW01439.html

Increase in health insurance premiums slows somewhat, but still outpaces wages and inflation
Employer-sponsored health insurance premiums rose 7.7% in 2006, according to the Employer Health Benefits Survey conducted by the Kaiser Family Foundation and the Health Research and Educational Trust. Although the increase was lower than in recent years, premiums still increased more than twice as fast as wages and inflation. On average, workers are paying $259 more this year for family health coverage than they did last year; they’re footing about 16% of the bill for single coverage and 27% for family coverage. The annual survey was conducted between January and May of 2006 and included 3,159 randomly selected, nonfederal public and private firms with three or more employees.
www.kff.org/insurance/7527/

The bond between caregivers and the dying Spiritual care in nursing is an important part of overall healthcare, but in the second half of the...
Read more
American Nurse Heroes