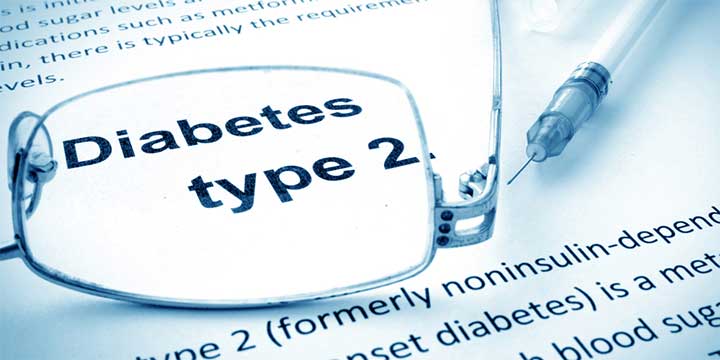 On-line video-based course on emergency preparedness
The need for better coordination between governmental agencies and hospitals became apparent after 9/11 and again after Hurricane Katrina. To fill this need, Homeland Security Presidential Directive/HSPD-5 directed the Federal Emergency Management Administration (FEMA) to establish the National Incident Management System (NIMS).
By the end of this fiscal year, hospitals must train their staff on the NIMS and the incident command system (ICS) or risk losing federal funding. Unfortunately, hospitals have had few options for providing the basic training, called ICS-100. FEMA does have a text-based ICS-100 course, but it takes 3 hours to complete.
Now, an on-line video-based course called “Hospital Incident Command System” is available from Medfilms. The course meets or exceeds the federal requirements for ICS-100. And because video and interactivity accelerate learning, the course takes only 30 minutes to complete.
www.medfilmsonline.com

Safety alert on Avandia
Safety data from controlled clinical trials show a potentially significant increase in the risk of heart attack and heart-related deaths in patients taking Avandia (rosiglitazone), a drug approved to treat type 2 diabetes. Other published and unpublished data from long-term clinical trials of Avandia, however, provide contradictory evidence about the risks in patients treated with Avandia. The Food and Drug Administration (FDA) has not confirmed the clinical significance of the reported increased risk in the context of other studies, but it has issued a safety alert.
Patients who are taking Avandia, especially those who have underlying heart disease or who are at high risk for heart attack are urged to talk to their physicians about the new information. The FDA is providing emerging information to prescribers so that they and their patients can make individualized treatment decisions.
Whether the other approved treatment from the same class of drugs, pioglitazone, has fewer, the same, or more risks is currently unknown. Because of this lack of information and the inherent risk associated with switching patients with diabetes from one treatment to another, the FDA is not asking GlaxoSmithKline, Avandia’s manufacturer, to take any specific action at this time.
Recently, GlaxoSmithKline provided the FDA with a pooled analysis of 42 randomized, controlled clinical trials in which Avandia was compared to either placebo or other antidiabetic therapies in patients with type 2 diabetes. The analysis suggests that patients receiving short-term treatment with Avandia may have a 30% to 40% greater risk of heart attack and other heart-related adverse events than patients treated with placebo or other antidiabetic therapy. These data, if confirmed, would be of significant concern since patients with diabetes are already at an increased risk for heart disease.
www.fda.gov/bbs/topics/NEWS/2007/NEW01636.html

Death rate for heart failure is dropping
In 6 years, the number of deaths from heart failure in patients hospitalized for acute coronary syndromes (ACS) fell sharply, probably because of better treatment, according to the findings of an international study of nearly 4,500 patients. The study also found that patients treated in 2005 were much less likely to have another occurrence of ACS within 6 months than were patients treated in 1999. Patients from 14 countries participated in the study between July 1999 and December 2005. They were followed for up to 6 months after being hospitalized.
Here are some key numbers from the study:
• 4.6% of the patients died in the hospital in 2005 compared with 8.4% in 1999.
• Heart failure developed in 11% of patients in 2005 compared with nearly 20% in 1999.
• 2% had another occurrence of ACS in 2005 compared with 4.8% in 1999.
The researchers think these improvements are directly linked to new practices that follow updated guidelines from key organizations of cardiologists in the United States and Europe. These guidelines recommend the use of anticoagulants, beta blockers to reduce the heart’s oxygen needs, statins to lower cholesterol,
angiotensin-converting enzyme inhibitors to relax blood vessels, and angioplasty to open blocked vessels soon after hospital arrival.
http://jama.ama-assn.org/cgi/content/abstract/297/17/1892

FDA approves contraceptive for continuous use
The FDA has approved the first continuous-use drug product for prevention of pregnancy. The new contraceptive, Lybrel, comes in a 28 day–pill pack with low-dose combination tablets that contain 90 mcg of a progestin, levonorgestrel, and 20 mcg of an estrogen, ethinyl estradiol. Continuous contraception works the same way as the 21 days on–7 days off cycle. It stops the body’s monthly preparation for pregnancy by lowering the production of hormones that make pregnancy possible.
Women who use Lybrel will not have a scheduled menstrual period, but will most likely have unplanned, breakthrough, unscheduled bleeding or spotting. Health­care professionals and patients are advised that when considering the use of Lybrel, the convenience of having no scheduled menstruation should be weighed against the inconvenience of unscheduled bleeding or spotting. The occurrence of unscheduled bleeding decreases over time in most women who continue to take Lybrel for a full year.
The risks of using Lybrel are similar to the risks associated with other conventional hormonal contraceptives, including an increased risk of blood clots, heart attacks, and strokes. The labeling also warns that cigarette smoking increases the risk of serious cardiovascular side effects from the use of combination estrogen and progestin–containing contraceptives.
www.fda.gov/bbs/topics/NEWS/2007/NEW01637.html

New genetic risk factors for type 2 diabetes
Researchers recently identified at least four new genetic variants associated with an increased risk of diabetes and confirmed previous findings on the existence of six more. There are now at least 10 genetic variants associated with an increased risk of type 2 diabetes.
Type 2 diabetes affects more than 200 million people worldwide, including nearly 21 million people in the United States. Over the last 30 years, the incidence in United States and other developed countries has risen dramatically. Type 2 diabetes typically appears in people over age 40 who are overweight and sedentary individuals. But lifestyle factors, such as obesity, poor diet, and lack of exercise, aren’t the whole picture. Researchers have known that heredity plays a role. Only recently, though, have they begun to identify genetic variants that increase or decrease a person’s susceptibility.
Of the four new diabetes-associated variations, one appears to play a role in regulating insulin action, one is thought to stimulate insulin production and may influence other processes in the beta cells of the pancreas, and two appear to inhibit the activity of cyclin-dependent protein kinases.
www.emaxhealth.com/23/11873.html

Prominent health leaders join nurse champions in their Raise the Voice campaign
The American Academy of Nursing (AAN) has announced the formation of its Raise the Voice campaign Advisory Council, chaired by Donna E. Shalala, President of the University of Miami and former U.S. Secretary of Health and Human Services.
Joining Shalala on the Advisory Council are some of the nation’s foremost healthcare and patient champions, including foundation and corporate executives, former federal lawmakers and administrators, consumer advocates, and journalists. The Advisory Council will guide the Raise the Voice campaign to show how nursing’s leaders are providing a range of innovative, real-world solutions to address some of the most vexing health-policy challenges today. For example, Eileen Sullivan-Marx, PhD, RN, FAAN, an Associate Professor and Associate Dean for Practice and Community Affairs at the University of Pennsylvania School of Nursing, created a project for frail, inner-city elders that allows them to live at home and in their communities while receiving health care that meets their physical and emotional needs. The program saved the Pennsylvania Department of Public Welfare close to 20% in Medicaid reimbursement costs.
“While others continue to debate how to solve today’s healthcare challenges, such as the uninsured and disparities in health delivery, nurse researchers and experts are finding solutions, piece-by-piece, from the ground up,” said Shalala. “In hospitals, universities, and health clinics, nurses are devising new strategies to get patients the care they need, regardless of insurance status. While this is just a start, the promise of these techniques is enormous.”
Through its Raise the Voice campaign, the AAN is mobilizing its 1500 Fellows along with its newly formed Advisory Council to ensure that Americans and health leaders understand and replicate new approaches that the AAN believes hold great promise for America’s healthcare systems. For more information on the campaign and a listing of Advisory Board members, visit www.aannet.org/raisethevoice/.
www.aannet.org