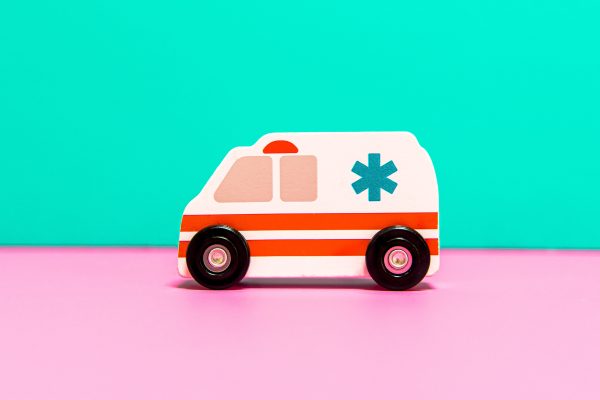 Last October, I finally faced the fact that my beloved father’s life was ending.

He was over 96. He had just suffered several major seizures which hospitalized and seriously incapacitated him.  He had advanced malignant tumors in the brain and both lungs.  Every physician involved in his case pronounced his condition as terminal.

I arranged for him to be transferred back to his home, a nearby retirement community, where he would receive hospice care in their nursing unit. One of the last communications I received while he was in the hospital informed me that a local oncology practice had seen him, but saw no point in any further scanning or treatment.

The call came a week later. He was gone. Peacefully, comfortably, and with dignity intact. I credit my family and the saints who work in hospice care for that.

Not long after the services and memorials were over, I began receiving the last round of invoices for his care during those weeks. As his Executor, it was one of my duties to scrutinize these and work toward closing the books for the last time.

One invoice stood out. It was a charge for ambulance service to and from the oncology clinic – a total of 10 miles – where he received no real treatment. The amount – $1000.

I thought to myself that this was an obvious oversight of his insurance coverage, and forwarded the bill to them for payment.  (His copay amount, as it had always been, was only $50 for this service.)

This proved to be the beginning of a battle between myself, the ambulance service, the insurer, and the hospital over this charge.  It was a contest of wills, ultimately, lasting 6 months, but in the end I (and my father) prevailed.

I had never been informed of the transfer, so had not approved it (my father was unable to at that point), and the written insurance coverage policy was quite clear.  He was responsible only for a $50 copay. The insurance firm graciously waived the amount and the copay finally, but only after this extended time period.

The ambulance service received something in the neighborhood of the invoiced amount, I’m sure – which still does not help in the bigger picture of cost containment – but I was not victimized.

My point? If you find yourself in the unfamiliar role of taking over the business and bookkeeping details for an incapacitated parent or loved one, be on the alert!

I am not accusing anyone of wrongdoing in this case, but I have heard similar stories where even more questionable charges were slipped into final billing statements. Just imagine how easily such claims can go unnoticed when family members are in a state of confusion and grief.

When it comes to finances, if you feel ill-suited to handle these tasks, or simply too emotional or upset to give it your clear, focused attention, ask someone who can do those things for help. It’s worth it – for you and for your loved one.

It’s an aspect of personal care and dignity that is easily overlooked, but at some point it will become every bit as important as the love and clinical care you provide.

Find the time to think it over and do what is right for your parent or loved one.