The Backwash of War: An extraordinary “lost” classic by an American War Nurse 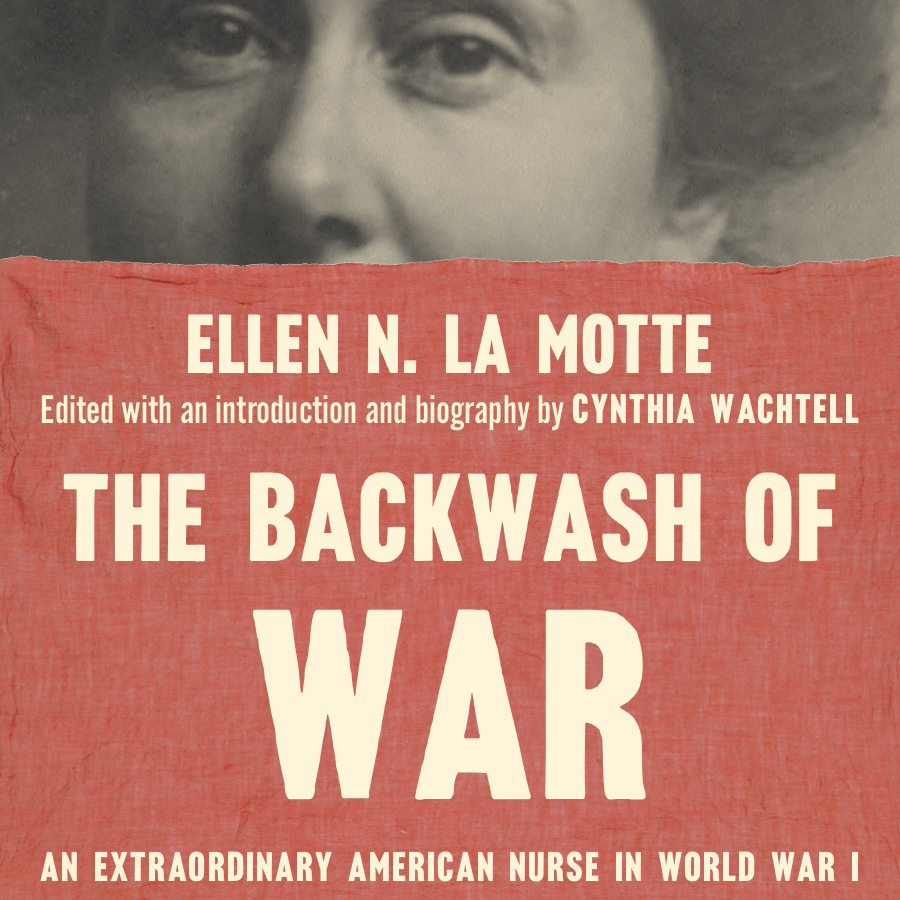 Long before the United States entered World War I in April 1917, a trained American nurse named Ellen N. La Motte volunteered to work in a French field hospital on the Western Front. The extraordinary collection of stories she wrote about her experience there, The Backwash of War, is unlike any work of its time. 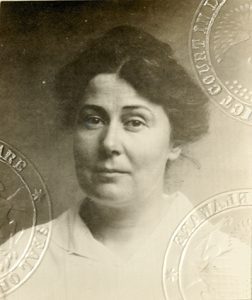 Throughout the book, La Motte highlights the senselessness of war and the suffering of those caught up in it. Midway through the volume she writes, “Well, there are many people to write you of the noble side, the heroic side, the exalted side of war. I must write you of what I have seen, the other side, the backwash.”

The book was published in September 1916 and immediately banned in England and France. Two years later, after being hailed as “immortal” and widely praised as America’s greatest war work, it was banned in the United States, and for a century it remained all but lost to obscurity. The time has come to embrace it as a seminal work of war writing and an unparalleled examination of the role of the war nurse.

On the pages of Backwash, La Motte boldly defied wartime conventions and explored topics typically hidden from public view. She led her readers into the hospital wards and even into the operating room, where sweat poured from the brows of the surgeons and patients lost their limbs and even their lives.

War, as presented by La Motte, appeared bloody and appalling. Conventional war writers highlighted heroism, both in the theater of war and in the operating theater. They presented model soldiers and model patients. But La Motte challenged those norms. She also raised complex questions about the ethics of wartime nursing. The first story in Backwash bluntly begins

When he could stand it no longer, he fired a revolver up through the roof of his mouth, but he made a mess of it. The ball tore out his left eye, and then lodged somewhere under his skull, so they bundled him into an ambulance and carried him, cursing and  screaming, to the nearest field hospital.

At the hospital, the soldier is skillfully operated on. But he is considereda deserter for attempting to kill himself, and his life is saved only so that he can later be court martialed and executed by a firing squad. As La Motte explains, he will be “nursed back to health, until he [is] well enough to be stood up against a wall and shot.”

The story highlights the paradoxical role of the war nurse, who must attempt to preserve life amid an inferno of destruction. Given the ways of war, where does her true duty to her patients lie? Should she help mend men so that they can be returned to fight again in the trenches? Will doing so make her complicit in war’s destructive process? And what about the man who attempted suicide?

In a passage full of sharp sarcasm, La Motte explains the contradictions inherent to her role:

By expert surgery, by expert nursing, some of these [wounded men] were to be returned to their homes again, reforms, mutilated for life, a burden to themselves and to society; others were to be nursed back to health, to a point at which they could again shoulder eighty pounds of marching kit, and be torn to pieces again on the firing line. It was a pleasure to nurse such as these. It called forth all one’s skill, all one’s humanity. But to nurse back to health a man who was to be court-martialled and shot, truly that seemed a dead-end occupation.

La Motte refused to see the war through rose-colored glasses. Instead, she saw it as a vast tragedy. As the American Review of Reviews admiringly noted soon after Backwash’s publication, “In this volume [an] American hospital nurse lays bare some of the most hideous effects of war as seen in an evacuation hospital a few miles behind the French lines. These sketches are far from pleasant reading, but they are absolutely truthful and accurate reports of what went on a the front.”

The nurses who volunteered in World War I collectively crafted a considerable body of war writing. They ranged from Vera Brittain, who wrote the well-known memoir, Testament of Youth,to a great many lesser-known writers. Indeed, works by World War I nurses, especially war diaries, continue to be found and published, including Dorothea’s War: The Diaries of a First World War Nurse, A Nurse at the Front: The First World War Diaries of Sister Edith Appleton, and The War Diary of Clare Gass, 1915-1918. In these and countless other works, nurses recorded their thoughts about their patients and about the conflict.

But Ellen N. La Motte was far from a typical nurse writer. She boldly focused on war’s horrors rather than its heroes, and in so doing she modeled a new style of war writing that would be echoed in the works of Ernest Hemingway and the entire generation of postwar writers.

La Motte also boldly led in other notable ways. Before the war, she had trained at Johns Hopkins’ nursing school and had become an acknowledged expert on tuberculosis nursing and the first woman to head a division of Baltimore’s health department. After the war she spearheaded an international anti-opium campaign and in 1928 was recognized as “the best informed woman in the world on the opium question.”

The extraordinary “lost” classic, The Backwash of War, and its exceptional author, Ellen N. La Motte, well deserve our attention and further study.

Cynthia Wachtell is a research associate professor of American studies at Yeshiva University and editor of The Backwash of War: An Extraordinary American Nurse in World War I, for which she wrote an extensive introduction and the first biography of Ellen N. La Motte. Learn more about La Motte and The Backwash of War at thebackwashofwar.com.