The fiscal cliff: Who should pay America’s debt? 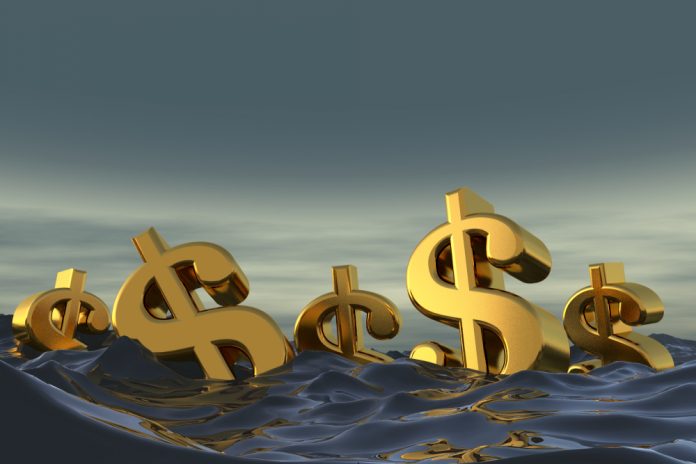 Politics has a way of shifting attention away from important things and focusing it on partisan wrangling. For example, the debate over the fiscal cliff is really about tactical maneuvers to reduce the federal budget deficit. This, in turn, is a piece of the debate over whether we should reduce the deficit now or use public spending to grow the economy and increase jobs. Even this is just one part of what should be the central debate of our time: why median wages continue to drop at the same time income and wealth are ever more concentrated at the top—and what can, or should be, done about it. This big problem isn’t just economic, it’s also political. As money concentrates at the top, so does power—and concentrated power generates even more entrenched wealth at the top, leaving even less for middle class and the poor. With a smaller share of the wealth, the middle class doesn’t have the purchasing power to get the economy back on solid footing. The 2% at the top don’t spend enough of their assets to make up the difference, and experience has shown that they invest their savings where they can get the highest return—like China or Southeast Asia. As a result, consumer spending—fully 70% of economic activity—isn’t up to the task of keeping the economy going. So the middle class and the poor simply cannot pay off Uncle Sam’s debt. And making them poorer  will only make things worse! Having said that, we can address the obsession de jour, the “fiscal cliff”.

To put the matter in as few words as possible, the “fiscal cliff” consists primarily of too many new taxes and too many spending cuts made too quickly. This is an entirely Congress-created crisis, on many levels. First Congress voted in all the tax breaks. Second, Congress could not agree on how and how much to cut the deficit or increase the debt ceiling. So Congress voted for all the taxes and all the cuts that will go into effect starting January –and this, according to the Congressional Budget  Office (CBO), will throw us into a recession. Analysts disagree on exactly how fast the recession would begin. If financial markets freak out, it could happen very quickly. If it happens gradually, the “cliff” would a bit more like a steep slope.

How will this happen? First, the Bush-era tax cuts will be allowed to expire. And according to the Economic Policy Institute, this means all tax payers collectively will be paying $203 billion more taxes in 2013 than they did in 2012. And that’s not all: The 2009 expansions of the earned income tax credit (which provides aid to low-income workers), as well as the child credit and the
American Opportunity tax credit (which helps families pay for college tuition) will expire, too. This means the people affected will pay more taxes—an additional $10 billion in 2013. Moreover, the 2010 tax deal that slashed the payroll tax rate on employees from 6.2% to 4.2% will be gone, and wage earners will pay another $115 billion in payroll taxes. Moreover, the “extenders”—a catch-all term for corporate tax breaks—won’t be extended, meaning corporations will pay an additional $109 billion in taxes.

Then spending cuts will be made. Officially known as the “sequester,” the cuts are mandated by the Budget Control Act of 2011, better known as the debt ceiling compromise.There will be a 7.6% to 9.6 % across –the-board cut in all discretionary spending, except programs for low-income Americans. The cuts are evenly divided between defense and nondefense programs. The Budget Control Act also sets a firm limit on discretionary spending within which policymakers must operate. Moreover, it is quite likely that the temporary expansions of unemployment insurance made since 2009 will not be extended, saving the government another $39 billion.

But health care will be hit harder than most other segments. Among the cut will be a 2% cut in physician and other providers’ Medicare payments. In addition, every Congress for the past 15 years has temporarily reversed, cuts that Congress passed and that former President Clinton signed as a deficit reduction measure in 1997. The cuts, known as the “sustainable growth rate or SGR, require that growth in provider payments not exceed growth in gross domestic product. Called the “doc fix,” if it is not extended, physician payments would fall by almost 30%, dwarfing the cuts enacted as part of the debt ceiling deal. That cut amounts to $14 billion in 2013 alone. All this money, of course, will be going into government coffers presumably to decrease the national debt, in which case, they wouldn’t be dollars spent in the U.S. economy—thus, the fear of recession.

The Tax Policy Center estimates that the price of going over the fiscal cliff is an average increase of $3,446 in taxes per household for 2013. Taxpayers making more than $1 million will see about a $254,000 tax hike, while those making between $40,000 and $50,000 will see an average $1,700 hike. It’s a big hit to both groups, and that’s before you get into the effects of spending cuts, which will hit the poor much harder than the rich. As a result, the CBO predicts the U.S. economy will shrink by 0.5% in 2013 and unemployment will spike back up to 9.1%. However, both short- and medium-term deficit problems in the United States would vanish.

What are the options?The simplest option for Congress and the White House is to do nothing. Taxes would go up and the military and domestic spending cuts of the sequester would bite down. Congress still would have to vote to lift the $16.4 trillion debt ceiling or allow the United States government to go into default – déjà vu all over again! Another possibility is that lawmakers could let the United States goes over the fiscal cliff, but only temporarily. The tax hikes and spending cuts are spread out over 2 years. So there’s time to make a deal when the new Congress convenes in January. If we go over the cliff, taxes will automatically rise much higher than either party wants. Then politicians need only debate how to cut taxes from this new baseline which, theoretically, would make them far more popular with voters. The downside is that Congress and the White House might not be able to negotiate a deal before financial markets hit bottom.

Congress also could push the problem downstream. Congress and the White House could postpone the fiscal cliff until later in 2013 or even to 2014. Congress could simply vote to extend the Bush tax cuts and payroll tax cuts. Congress could vote to override the sequester so that none of the military and domestic spending cuts kick in. Suddenly, the fiscal cliff is gone—temporarily. The upside here is that there’s no recession. The economy gets time to mend. However, the deficit would continue to grow, so there would be another showdown within 2
years.

What do I think? Well, I am only an average American taxpayer, but it seems to me that Congress doesn’t need to make a big sweeping deal on the debt right now. It could do something smaller. The Republicans could let the Bush tax cuts for incomes over $250,000 expire, as Obama wants. That would raise about $80 billion in 2013. In return, Democrats would have to find $80 billion in spending cuts—preferably not from military retirees or wounded soldiers! Maybe we could also sacrifice the 2010 employee payroll tax cut from 6.2% to 4.2% which would put another $115 billion in Uncle Sam’s pocket, and then Congress could extend some of the remaining tax cuts. That’s a little austerity, but nothing like the full cliff. Then maybe lawmakers could address the big problem: why wealth and power are concentrated at the top and destroying both middle-class America and middle-class America’s ability to pull the economy out of its doldrums.

Bivens, Josh. 2011b. Abandoning What Works (And Most Other Things, Too): Expansionary Fiscal Policy Is Still the Best Tool for Boosting Jobs. Economic Policy Institute, Briefing Paper No. 304. http://www.epi.org/publication/abandoning_what_works_and_most_other_things_too/ accessed 12/12/12

Congressional Budget Office (CBO). 2011b. Budgetary Effects of the Temporary Payroll Tax Cut Continuation Act of 2011, as Posted on the Website of the House Committee on Rules on December 22, 2011. http://www.cbo.gov/sites/default/files/cbofiles/attachments/ accessed 12/12/12

Congressional Budget Office (CBO). 2012a. Economic Effects of Reducing the Fiscal Restraint That Is Scheduled to Occur in 2013. http://www.cbo.gov/sites/default/files/cbofiles/attachments/FiscalRestraint_0.pdf accessed 12/12/12

Congressional Budget Office (CBO). 2012e. Budgetary Effects of the Conference Agreement for H.R. 3630, the Middle Class Tax Relief and Job Creation Act of 2012, as Posted on the Web Site of the House Committee on Rules on February 16, 2012. http://www.cbo.gov/sites/default/files/cbofiles/attachments/hr3630_2.pdf   accessed 12/12/12

Posters are an excellent way to disseminate your work, including research studies and quality improvement and evidence-based practice projects. Presenting a poster at a...
Read more
Blog

Baby deliveries in the emergency department (ED) always create quite a stir. But what if the ED stands in the middle of Florida’s largest...
Read more