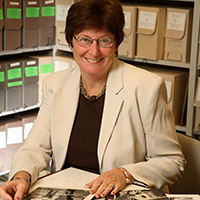 “ . . . Of all things in the world, the tuberculosis question is a social question and the causes of tuberculosis (outside of the bacillus) are social problems that need the ballot for their changing (such as bad housing, overwork, underpay, neglect of childhood, etc.). Take the present question of the underfed school children in New York. How many of them will have     tuberculosis? If mothers and nurses had votes there might be school lunches for all those children . . .”

In 1908, Lavinia Lloyd Dock, a progressive era nurse and political activist for women’s suffrage, wrote to the American Journal of Nursing, admonishing the Nurses’ Associated Alumnae for its vote —“by a large majority” in attendance at the convention—against women’s suffrage. Dock went on to express her shock and humiliation that nurses could not be depended upon “to take instinctively the intelligent and above all the sympathetic position on large human questions,” and then used the example above, noting that there were, as we would say today, “social determinants” of disease, and how nurses could use the power of their votes (if they were allowed to vote) to change these conditions.

Lavinia Dock, who graduated from Bellevue in 1886, devoted herself to the profession and her work as a social leader. As such she maintained that nursing (then predominantly a woman’s profession) was inextricably entwined with the women’s movement. A colleague of Lillian Wald’s, Dock worked at Henry Street Settlement, where she personally witnessed the conditions in which immigrants lived and worked on the Lower East Side of Manhattan. There, racial discrimination, the rise of big business, the distribution of wealth into the hands of a few, urbanization, and inadequate housing spawned social problems. Inadequate sewage systems and trash removal, unventilated and poorly lit factories, and a lack of child labor laws created conditions in which epidemics spread uncontrolled. As Dock noted: “It was at Henry Street, that I really began to think.” Determined that women could address some of the ills if only they had the vote, Dock was arrested and jailed on three occasions for her militant activism for women’s suffrage.

Today, as nurses (and all citizens) face an uncertain future related to solving social issues in America—including those of access to health care, cuts to childhood nutrition programs, blatant racial discrimination, an aging infrastructure and a polluted environment—we no longer have to fight for the vote, no matter our gender or race. We must simply exercise that right. I encourage you to vote in the coming midterm elections. The health of the nation depends on it.

Arlene W. Keeling is president of the American Association for the History of Nursing.