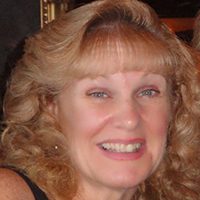 The making of a hospice nurse: Beauty for ashes

Sometimes in life, when things appear to be going smoothly, in the blink of an eye, everything can change and your world is turned upside down. Security quickly disappears and is replaced with turmoil and anxiety. Reality becomes clouded with doubt and fear and there seems to be no relief in sight.

In 2001, all of this happened to me, when my husband, Bob, was diagnosed with Stage 4 Melanoma and my life changed forever. At the time, I was 35 years old, working full time, and raising my 2 teenage children. Suddenly, my predictable day-to-day routine turned into chaos, and I had no idea how to stop my world from unraveling. All I knew was that my husband was diagnosed with a very aggressive form of cancer, and I had to learn how to win the fight for his life. To stand a chance at defeating this disease, I must learn to behave like a lion, fierce and strong, in front of doctors, when inside, I felt like a lamb in need of protection and guidance. I know that people believe that we are only given what we can handle, but at this time of my life, circumstances became overwhelming and unbearable. As the doctors told us that there was little to no hope, I interpreted their words as “if you fight hard enough, you can conquer this disease.” So fight I did, day and night, knowing that my husband’s life was at stake.

Despite my most courageous efforts, surgery and chemotherapy took a toll on my husband’s very frail body. He fought with everything in him, but the treatments were not working. The doctors put him on experimental injections, which caused ferocious side effects. Eventually, we were advised that the only treatment left was radiation. So one stormy morning, we prepared to go to his first radiation appointment. When we left the house, it was pouring rain, and Bob, said he was too weak to make it down the steps to the car. He told me that he had to take a break, and sat down on the wet, concrete steps as the storm churned around us. Unable to discern the correct thing to do, I helped him to sit down and put my umbrella over his head to keep him dry and hide the tears, which were now streaming down my face. Eventually, family came and carried him down the steps and placed him into the car. They told me to go and get showered and dried off, and they would take Bob to his scheduled appointment.

It was not long before I received the most dreaded phone call of my whole life. Bob called me from the hospital to ask if he could come home to die. He said that the radiologist told him that the cancer was travelling up his spine and treatment was no longer a viable option. The only choice left was whether he wanted to die in the hospital or at home. With these words, my whole world collapsed. Now what do I do? How do I win this war when everything was stacked against us? After what seemed like eternity, I assured him that we would get through this together. I told him to come home, but I would never speak about the possibility of defeat.

Bob was admitted to home hospice that day and only survived another 5 days. These 5 days proved to be the most challenging days of my life. Pain became an issue and the hospice nurse showed me how to administer liquid morphine to my husband. While I was overwhelmed with grief and anxiety, I did everything the hospice nurse told me to do. She became the person I clung to for sanity. Nonetheless, family members started telling me that I was killing my husband by giving him morphine. I phoned the hospice nurse, crying hysterically, and inquiring as to whether or not I was killing the love of my life. I will never forget her words to me. She said, “Your husband is dying. You can either allow him to die with dignity or let him suffer his way out of the world, which do you choose.” Of course I chose dignity and followed her instructions exactly. However, eventually she asked me to tell Bob it was okay to leave me. I got angry with her and said, “No. I have never lied to my husband and I will not start lying now.” That evening, I sat thinking about why I would not tell him it was okay to leave me. The only reason I could come up with was that I was being selfish. The next morning, with tears streaming down my face, I told my husband it was okay to leave me. It was not much longer, and Bob passed away peacefully at home in my loving care.

What strikes me the most about my hospice journey is that it was so short. Because Bob was only on hospice for 5 days, many of the questions about his wishes never got answered. For instance, I did not know whether he wanted to be buried or cremated nor did I know what he wanted me to do with his prized possessions. If only I had more time with the hospice team, maybe these conversations could have been facilitated and answers obtained. As it turned out, I had to make these decisions on my own, not knowing if this was truly what he would have wanted. In addition, I would not accept bereavement assistance from hospice because I never got a chance to build a relationship with the hospice team. Approximately 7 months after my husband’s death, I became so emotionally distraught that I could not function. I started to cry and could not stop. When I went to the doctor for help, he advised me that I had never dealt with my grief. Instead, I swept the pain and sorrow under the carpet so that I could stay strong for my children. I never accepted the help and healing that hospice could have provided me.

In the end, I was given beauty for my ashes, because I realized I had brought something to Bob’s bedside, which I hoped to bring to others. What I willingly gave to my husband, love and compassion, I wanted to give to others. So after I grieved, I went back to school and became a nurse.

My passion is for hospice patients and their families. As a nurse, I learned that hospice is not a death sentence, but rather extraordinary care given to the patient and their family members at one of the most emotional times in their lives. This care is provided by a team of valued professionals who not only help the patient with the physical and spiritual changes they are experiencing, but can also assist the family to come to terms with the potential loss of a loved one and how to live again.

Hospice is not something to fear, it is something to embrace. It is compassionate, specialized care provided by a loving team of professionals who often have experienced loss first hand in their own lives. Hospice is a gift the patient and family can give to one another. With the assistance of the hospice team, peace and closure can be obtained by all allowing for elimination of regret and the foundation of memories that will last forever!