The Maslow effect: A humanist legacy for nursing 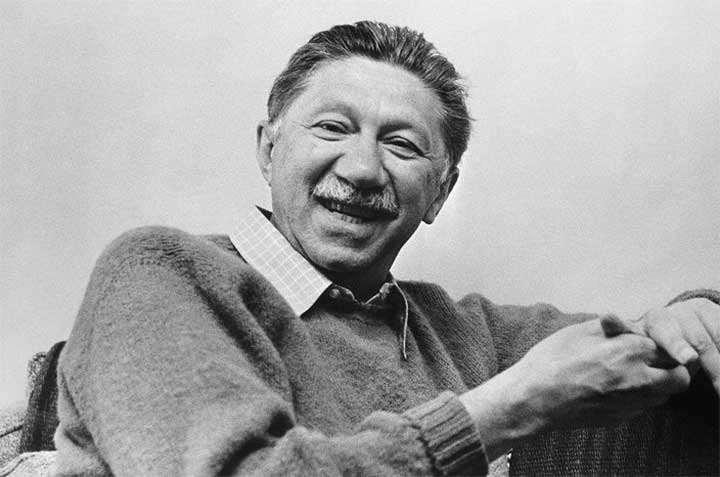 In the late 1960s, psychologist Abraham Maslow was moved by the kindness of the nurses and nursing students he encountered when hospitalized for heart disease. Curious about why they went into nursing, he questioned them closely about their motivation and satisfaction: Why did they choose and remain loyal to such demanding work? What did they find most fulfilling about it? Most replied that receiving gratitude from patients and their families made their vocation worthwhile. Without such gratitude, they felt used and exploited.
This year marks the 100th anniversary of Maslow’s birth—a good time to take a close look at his legacy. Ranked among America’s greatest psychological thinkers, Maslow has influenced many practical fields ranging from nursing and management to education and counseling. His ideas still resonate today. Many of the terms he introduced—self-actualization, peak experience, hierarchy of inborn needs—have become part of the English language. Though he died in 1970, scholars in many fields still study his ideas.

Humanist, idealist, theorist, teacher
Raised in New York City by Russian-Jewish immigrants, Maslow was a bright, inquisitive child. As a teenager, Abe (as everyone called him) studied philosophy, but ultimately chose psychology for its greater practicality and social usefulness. Highly idealistic, he sought a career that would “help change the world” and never stopped believing social science could accomplish this goal.
While attending the University of Wisconsin for his baccalaureate and graduate degrees, Mas­low was most drawn to the work of Alfred Adler, an Austrian physician and psychologist. A former associate of Sigmund Freud, Adler had founded his own approach, known as Individual Psychology. Optimistic and socially oriented, Individual Psychology stressed the importance of attentive parenting and creative education in helping children grow into emotionally healthy adults. After Maslow received his PhD and returned to New York City in 1935, he became friendly with Adler and enjoyed many conversations with him.
In 1937, Maslow joined the psychology faculty at Brooklyn College, where he became a popular lecturer and prolific researcher. Initially, he was interested in the topic of emotional security—what today we call “self-esteem.”

A hierarchy is born
In the mid-1940s, Maslow developed his famous theory of the hierarchy of inborn needs, which you undoubtedly remember from nursing school. Maslow conceptualized human needs as a pyramid with five levels: In ascending order, the levels are physiologic needs, safety, belonging, esteem, and self-actualization. When a lower-level need is satisfied, the next-higher need occupies our main attention until it, too, is satisfied. The highest need, self-actualization, is to “become all that one is capable of becoming” in terms of talents, skills, and abilities.
In Maslow’s view, people are innately motivated toward psychological growth, self-awareness, and personal freedom. As he saw it, we never outgrow the innate need for self-expression and self-development, no matter how old we are. (If these concepts ring a bell, it’s because they form the basis, in part, of nursing assessment today.)

Maslow’s integrative theory of motivation
In a series of journal articles, Maslow sought to explain all human motivation (why people do what they do) by integrating all existing approaches, including Freudian, Adlerian, behaviorist, and cognitive-gestalt, into one cohesive meta theory. In his view, each approach was partly valid but failed to see the “big picture” of personality.
More than 60 years later, Maslow’s seminal approach to motivation remains dominant. Within the nursing profession, it has contributed to an emphasis on caring for the whole patient rather than merely the medical problem or condition. This viewpoint continues to inspire dedicated healthcare practitioners.

A focus on emotionally healthy adults
During World War II, Maslow began to pioneer another vital field—the study of emotionally healthy, high-achieving adults, whom he would later call “self-actualized.” At the time, his concept was revolutionary, for until then psychology had focused on either mentally ill or simply average people.
When interviewing many high achievers, Maslow discovered to his surprise that they often reported peak experiences—moments of great joy and fulfillment—in their everyday lives. The healthier they seemed psychologically, the more often they reported these moments. As a result, Maslow asserted that having peak experiences is an important sign of mental well-being. (See Reaching your peak in pdf format available by clicking download now.)
In 1954, Maslow published his landmark book Motivation and Personality. In many ways, it was 50 years ahead of its time. It anticipated today’s movement known as Positive Psychology, which studies the strengths and virtues that allow individuals and communities to thrive. In this book, Maslow took a bold, confident tone:
The science of psychology has been far more successful on the negative than on the positive side….It has revealed to us much about man’s shortcomings, his illnesses, his sins, but little about his potentialities, his virtues, his achievable aspirations, or his psychological health…. We must find out what psychology could be if it could free itself from its limited, pessimistic, and stingy preoccupations with human nature.

Especially in such growing practical fields as education, management, and health care, Maslow’s optimistic view of human personality aroused immediate interest. He relocated to fledgling Brandeis University near Boston and became head of its psychology program. One of his goals was to create a department of top researchers, not a coterie of personal followers. To accomplish this, he reached far and wide.
During those years, government agencies and corporations increasingly sought Maslow’s advice on ways to boost employee motivation. Especially on the West Coast, where management theory was growing most rapidly, his emphasis on fulfilling higher needs to maximize productivity gained a receptive audience among business consultants and executives.

A continuing influence in health care
Though Maslow died before the term “burnout” became popular, his insights on work satisfaction remain vital to nursing and other caregiving professions. As Nancy Palnik, a longtime RN and nursing recruiter at a large Midwestern medical center, states, “When interviewing candidates for nursing positions, I’m interested to know how they cope with stress and stay resilient. Those who are focused on higher needs show more maturity, and they’re the ones I want on our team.”
Undoubtedly, the coming years will witness Maslow’s continuing influence in creating what he might have called a growthful workplace for nurses—and for those under their care.

Edward Hoffman is an adjunct associate psychology professor at Yeshiva University in New York City and the author of Future Visions: The Unpublished Papers of Abraham Maslow (Sage Publications). You may reach him at elhoffma@yu.edu.