The memory of all that 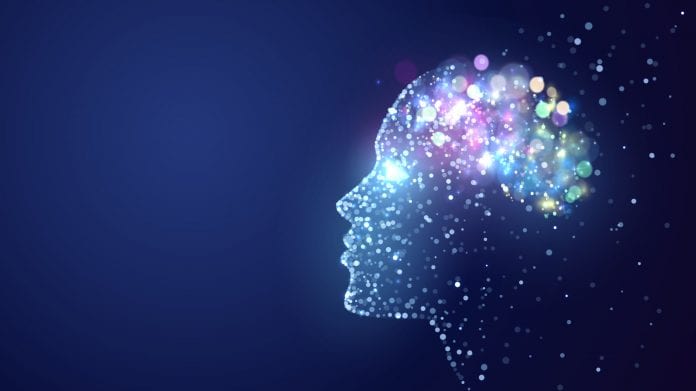 There is no telling when, but they percolate into my head unsummoned, like a musical worm whose melody you cannot shake off. Sometimes it comes when I am mid-sentence while teaching a class, other times when I am about to enter a patient’s room, or shortly after I switch off the light for bedtime. I am referring to fragments and full-length recollections of some of the memorable patients I’ve met in my 17 years’ stint as a night shift staff nurse. Science tells us that memory is stored in the hippocampus and the amygdala. I am certain there is a vast library of nursing memories stored in my head, neatly catalogued, but alas, mere mortal neurophysiology limits my access to them. But here I would like to share two of the top reruns in the nursing Netflix in my head (identities altered to protect patient confidentiality).

Nurse, can you read me?

It was the pre-internet days. Miss J. was a 90-something I was receiving from the operating room after a placement of a permanent pacemaker. The syncope that brought her in turned out to be third-degree heart block. During the initial interview 2 days earlier, her reply to the routine question on hospitalization history was more of a declaration rather than an answer: “I have never been a patient.” Upon her emergence from the soporific effect of anesthetics, her first words ached with urgency: “Where is my New York Times? I’m addicted to it.” Miss J. explained that she had not missed a single edition of the Times for as long as she could remember.

Thinking I would not want her to miss her daily dose of news that was neatly folded by the bedside table, I promptly replied, “Let me hand it to you now before you go into withdrawal!” This interchanged made us both chuckle and sparked the feeling of having crossed the threshold of human connection called rapport, ushered by humor.

In one of the trips I made to her room she extolled the virtues of reading as one of the last of the solitary joys of life. Two months later, I received in the mail a handwritten thank you note from Miss J. Enclosed was a photocopy of an article entitled “The Final Gift”, a reflection on her vow to be an organ donor, written in 1965. I found out my reader patient was also an avid writer, ahead of her time. Ironically, in her declining years, she could no longer give away the failing organs she vowed to donate as a young adult in the event she was rendered brain dead.

One might say her demand to get hold of the Times while still under the influence of anesthetics may seem indifferent to the “priorities” of nursing. I took it as an attempt to stir herself to the familiar in the midst of the impersonal fluorescent-lit hospital room. Each time I see my fingers blackened from flipping the paper copy of the Times, I think of Miss J. She kindled in me not just the desire to read all the news that’s fit to print, but also to read situational cues on what is meaningful for the patient. To excel on the latter means to view the healthcare experience from the patient’s vantage point—the viewfinder of patient-centered care. During handoff nurses recount the “headlines” about the patient, but we should also read between-the-lines and marvel at life’s many bewildering ironies to fully appreciate the humanity of our patients.

His name was Leroy. A stroke made him wheelchair-bound at 50 but spared his cognitive function. Five days a week he was brought into an adult day care center where he spent his day socializing with the staff and nursing students. One morning, during a communal karaoke, Leroy was attentive but tight lipped. When I asked why he wasn’t singing along, he said his religion forbids singing secular songs. Only church hymns were allowed. “Who is your favorite singer” I asked. “Oh, I love Stevie Wonder!” was his exuberant reply. “Me too!” I said with equal enthusiasm.

I looked around and said, “You know what, we are not in church right now, and no one here belongs to your congregation. Why don’t we commit a sin together by singing a Stevie Wonder duet?” Leroy, let out a knowing toothless laugh and said, “As long as you don’t report me to the minister, I’ll sing.” So, I assured him that his tuneful transgression was sacrosanct with me. Kick started with throat-clearing, we quietly sang in unison, swaying our heads from side-to-side a la Stevie Wonder:

My cherie amour, lovely as a summer day

My cherie amour, distant as the milky way …”

After a couple of rounds of the chorus, we laughed and applauded ourselves and acknowledged Leroy’s guilty pleasure. In the end, he and I agreed that it takes a lot more than a tentative Motown singalong to displease God.

In singing with Leroy, I learned a different meaning of nursing “rounds”. In music, a round is a composition wherein at least three voices sing in unison exactly the same melody. Each voice begins at different times so that different parts of the melody coincide in the different voices, but nevertheless fit harmoniously together. Using a musical metaphor, I can say that a well-orchestrated care is made easier if we are in synch with the patient. Validating their fears and understanding their meaning allow us to move along with them in full crescendo towards healing.

And here is a question that has puzzled me for some time now: If music is essential for well-being and health, then why so little of it is heard at the bedside? I propose a daily musical happy hour (alcohol-free, of course) for patients and staff at every hospital. When that happens, hospital stays will be a lot more bearable.

There and back again

So, what’s the meaning of all these recurrent memories? I am not sure. But I discovered that listening to Miss J. and Leroy’s stories and honoring their meaning is an exercise of narrative competence. Rita Charon, the pioneering scholar of narrative medicine explains that the healthcare provider’s ability to grasp, absorb and interpret patient’s story and be moved to act on their behalf is the hallmark of narrative competence. Its deliberate use enables authentic caregiving and empathy to flourish.

Symbolically, I think of these memories like the bread crumbs Hansel (of the Hansel and Gretel fairy tale) sprinkled along the path in the forest, to help find their way back home. As I walk, run and crisscross to and from the patient’s side, I have unwittingly dropped morsels of memory that later turned into cairns as others who came after me, added their own. They will serve as bannister for me to hold on to on my way back. For sprightly new nurses, may these memory cairns act as GPS for speeding through the healthcare superhighway. At times, they might slow you down if you pause to listen to the narratives, buried under the cairns, of those nurses who came before you, but rest assured, they will not put your progress in reverse.

Have you ever needed to have a difficult conversation with someone about something very important but avoided it because of the delicate nature of...
Read more
My Nurse Influencers

I came across this parking sign while visiting a Rutgers University school nursing student in her practicum. It was encouraging to see a parking...
Read more
Blog