The personal risks of advocating for patients 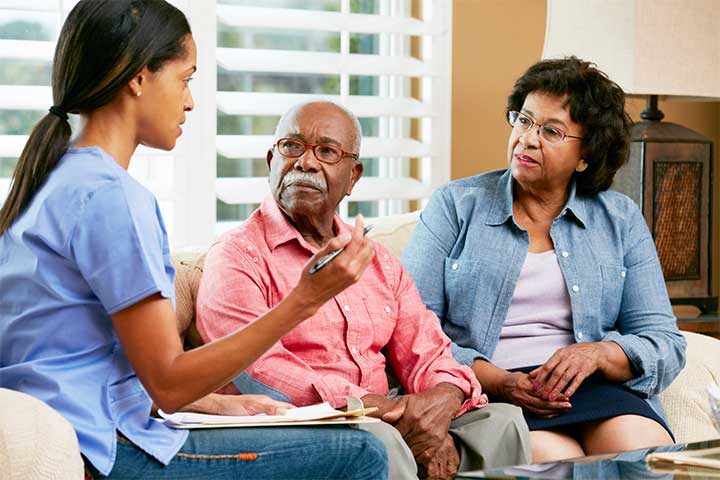 Most people take pledges at some point in their lives: They promise to live by the Girl Scout law or swear to tell the whole truth and nothing but the truth. Anyone who becomes an RN agrees to a lifetime pledge: to adhere to an ethical code and professional nursing standards.
ANA’s Code of Ethics for Nurses, Scope and Standards of Nursing and Nursing Social Policy Statement-–our profession’s foundational documents—speak to the crucial role of nurses as patient advocates. These days, with short staffing, fast-paced discharges, and sicker patients, fulfilling that role can be incredibly trying.
One way ANA is working to help nurses advocate effectively for safe, high-quality care is through its national safe staffing campaign (www.safestaffingsaveslives.org). The campaign is aimed at winning a federal staffing law. Since the campaign’s launch earlier this year, hundreds of nurses have shared their concerns about workplace conditions that harm patient care.
“Many have said they feel like they are caught between a rock and a hard place,” says Martha Turner, PhD, RN, assistant director of ANA’s Center for Ethics and Human Rights. “They want to do what is best for their patients, as well as not risk losing their license. And some are afraid of losing their jobs if they speak out.”
Yet nurses still are obligated to serve as their patients’ advocate—whether it means speaking out about unsafe patient loads, lobbying a physician for a different treatment protocol, or ensuring that a patient’s wishes are being followed. The advocacy role is that broad.
“Historically, nurses were carrying out the orders of physicians,” says Laurie Badzek, JD, MS, RN, LLM, director of ANA’s ethics center and a professor at West Virginia University School of Nursing. “But our profession has evolved. Nurses now are recognized—including by the public—for their distinct role.”
“We have the independent judgment that makes nursing a profession, and with our profession come ethical and legal responsibilities. If an ER nurse feels uncomfortable sending a patient home, for example, she or he needs to speak up.”
Adds Connecticut Nurses Association member E. Carol Polifroni, EdD, RN, CNAA, BC, “When you think of the most vulnerable patients—those who are perhaps mentally incapable or are intubated—who else is going to speak for them if not the nurse?”

Exploring the role
From the outset, nurse educators instill in students the importance of patient advocacy. “Young men and women who enter the nursing profession are committed to helping people,” Badzek says. “In school, they understand early on aspects of nursing like the importance of building a trusting relationship. They often don’t understand the full scope of patient advocacy until they graduate and begin to practice.”
Polifroni, a frequent speaker on ethical issues, agrees, saying most students don’t get the nuances of the patient advocate role until they “live it.”
“In 99.9% of patient advocacy situations, nurses don’t have to buck the system to get the care their patients need,” says Polifroni, associate dean for Academic Affairs and Special Initiatives at the University of Connecticut School of Nursing.
But that’s not to say serving as a patient advocate is easy. In her 33-year career as a nurse, Christine Kinavey, PhD, RN, CNS, has had to speak up for her patients—even when she was worried about how it could affect her professionally.
“Whether you’re a clinical nurse specialist, a nurse practitioner, or a staff nurse, we’re all obligated to keep the patient’s health and welfare front and center,” says Kinavey, an ANA/California member and clinical nurse specialist who works with children and adults with physical disabilities. “But because we are employees, we also have obligations to the organization we work for.”
“Often, it’s a comfortable balance, particularly if we have good staffing and the equipment we need. But the thing about being a patient advocate is that it can be really uncomfortable, and you’re not always the most popular.”
She recalls one occasion when she was working with a patient at a regional clinic who needed surgical intervention. “I couldn’t get the attention of the physician, who had previously taken care of the boy at a hospital more than 2 hours away. I understood the physician didn’t know me from a hill of beans, but the bottom line was that if the patient didn’t get the intervention, his condition would continue to deteriorate.”
In this case, as in others, she worked with other nurses, the family, and the chief of medicine at the hospital to help her argue her case.
Sometimes the patient or the family have more clout than a fellow healthcare professional when it comes to advocating for care, Kinavey says. If that’s the case, an effective nursing strategy is to provide the patient and family members with the information and skills they need to clearly articulate what they want.

When it works
Nurses’ ability to advocate for their patients is easier when they know they have the support of their facility. “Patient advocacy is a professional and organizational expectation that’s addressed during every nurse orientation,” says Darcy Sherman Justice, MS, RN, CNA,BC, director of Professional Integration at Avera McKennan Hospital and University Health Center, a Magnet™ facility in South Dakota. “Our staff doesn’t hesitate to raise their concerns, and that goes back to our discussions about nursing’s cornerstone documents—the Code, the nurse practice act, and nursing standards—and what they require us to do.”
RNs can voice their patient concerns through their unit-based councils or through their representatives who sit on a hospital-wide shared governance council that addresses professional practice, professional development, and clinical practice issues.
“We know that the people closest to the bedside are the ones who can identify and solve problems on their units,” says Carla Borchardt, MS, RN, CNA,BC, director of Professional Practice at Avera McKennan and a South Dakota Nurses Association member. “The chief nursing officer also interacts with staff nurses routinely, and the chief medical officer takes nursing input seriously.”
Additionally, staff nurses have clinical nurse educators, mentors, and others whom they can bounce ideas off of or work through problems with, which allows for issues to be addressed early on, Sherman Justice says.
Speaking generally, Borchardt says, “Sometimes nurses feel they don’t have the power to facilitate change in a system, so they leave their particular organization. I want to say that not every place is like that—that there are places where nurses can talk freely about professional issues and advocate for their patients.”

And when it doesn’t work
Nurses fear (sometimes rightly so) they will lose their jobs if they speak out. To protect them, 18 states have passed whistleblower laws with varying degrees of protections. Further, state nurses associations now are including employee protections in mandatory overtime, safe staffing, workplace violence, and other workplace measures.
Virginia passed whistleblower protections for private hospital employees in 2003, and later extended those protections to employees at private nursing homes and assisted living centers. Generally, such laws state that employees who report their concerns about patient safety to state or other government agencies cannot be retaliated against, according to Leslie Herdegen Rohrer, a lobbyist with Macaulay & Burtch, PC, who works with the Virginia Nurses Association (VNA).
VNA periodically takes calls from nurses who seek advice about speaking out on patient care issues, but Herdegen Rohrer says she knows of no nurse who has gone to court using the whistleblower law.
“My hunch is that this law has given healthcare facilities an added impetus to rectify situations internally and to not retaliate against employees who raise concerns,” Herdegen Rohrer says. “I also suspect that because nursing jobs are easier to come by, some nurses who can’t get a situation resolved just go work someplace else. Other nurses keep working harder to fill the gaps, which doesn’t really solve the problem.”
In terms of advice, Herdegen Rohrer says, “We always tell nurses to first try going through the internal process that’s designed to hear and investigate patient care concerns. Using the whistleblower law ought to be the last step.
“We also suggest they contact a lawyer before blowing the whistle, because state or various federal laws can apply,” she adds. Proving retaliation also can be difficult.
Polifroni notes that sometimes nurses’ fears of retaliation are more grounded in perception than reality. And over the years, she’s fielded calls from nurses who talk about their patient concerns versus their fear of taking action.
“I always ask them, if that person were a family member, would they advocate for him?” Polifroni says. “If the answer is yes, they know what they have to do.”

Susan Trossman is the senior reporter in ANA’s Communications Department.

How innovation and design thinking can improve care

Empathy and collaboration create opportunities to help vulnerable populations.  Takeaways: Design thinking is a problem-solving tool driven by the needs of the targeted population. The...
Read more