The Relentless School Nurse: Another school shooting in another American town 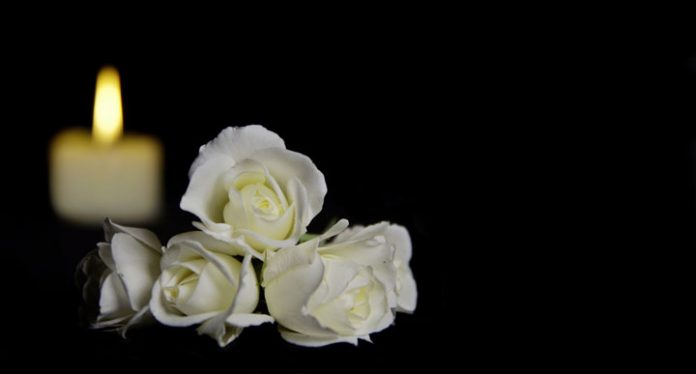 My heart is heavy, feeling the unbearable grief that families and communities are experiencing on this ‘morning after’ another school shooting…

The lens in which I view the world is grounded in the generational trauma of survivorship and victims of gun violence. My father, who survived a mass shooting at age 12 that killed his mother, father, grandmother and nine other neighbors, was buried on the 60th anniversary of the murders.

His outward persona, a life well lived with a family, long-term marriage and successful career did not reveal the pain and trauma he carried within him for every single day of those long sixty years before his death. My father died nine years before my niece survived the Parkland shooting.

What happens after the shooting stops? What happened right before it started.

There was the barber.

The Pharmacist was his dad and his mom, dad, and grandmother lived on top of the pharmacy.

A tight-knit block living the American Dream when WW2 was ending in 1949.

On September 6, 1949, he was a 12-year-old boy. It was the day before middle school was to start. He woke up that morning with plans to go back to school shopping with his mom, Rose, my grandmother.

It was 9:00 am when the sound of gunfire erupted. My grandfather ran up the backstairs of the pharmacy to warn his family on the second floor.

His mother quickly hid him in a bedroom closet. Her last words were “Hide Charles, hide.”

13 people were killed in a matter of 20 minutes. 13 dead and 3 wounded. The familiar faces of Sesame Street were gone in an instant.

10 others were also killed.

The Insurance man, the bread delivery man, the shoemaker, and the barber among them.

And children – children were killed too, a boy getting his haircut.

A child sitting in a car.

The killer was my father’s neighbor. He had access to weapons and ammunition, he held deep-seated grudges and was looking for revenge.

If I could rewind time, I’d try to hunt for the clues, because as with most mass shootings, there are clues. There are chances to intervene, points of failure that do not always lead to mass murder but are always consequential.

And, in the decades since that mass murder, there have been more,

Still, I wonder about what happened after the shooting stopped, as the story of survivorship is what mattered most to my father.

My dad was not his tragic past. He lived beyond that day, he thrived beyond those moments of horror most of us cannot comprehend.

My dad simply created a life out of the ashes of that day. And the life he created with my mom was full and vibrant and a testament that we can move beyond tragedy and live beyond tragedy.

While the tragedy and loss remained a deep part of who he was as a person, dad was a survivor. He accepted that title, he acknowledged that part of himself that was a survivor, and through his life, he taught us that we must all move on in life and survive the challenges that life will present.

He was a complex man who experienced pain and trauma internally. He never had help, there were no bereavement groups in 1949. He held that part inside of him.

The family tragedy was a scar that never healed, a forbidden topic not to be shared.

I remember planning his funeral, and feeling like the date of it, September 6th sounded familiar, and realizing he would be buried on the 60th anniversary of the murders, and being astonished that it could be that same day? The same day, decades later, the day he lost his mother, father, grandmother, neighbors, and childhood.

Now that I have 12 years of perspective on the death and life of my father, I see how it is possible, and actually makes perfect sense.

He died from complications of the trauma, a massive hemorrhagic stroke that was the end result of 60 years of suffering, until one day his brain literally exploded from the pressure.

It’s important to know our history because sometimes it repeats itself. Could there be a deeper purpose to understanding a family history that most would want to forget? I did not choose this story, it chose me.

My niece was a senior at the time going to school in Parkland, Florida. My niece survived, but so many did not. 17 in total, including students and staff members and 17 were injured.

That day, I stayed on the phone with my sister for what felt like hours that day. She was standing outside of the school waiting anxiously for reunification. The yellow crime scene tape stood between her and my niece who was waiting to be freed by the SWAT team along with the other 18 classmates and her teacher who were locked in a closet.

Next to my sister was a mom who had not from her daughter, no texts, no whispering phone calls, only silence. Of course, we were to find out late, late that night that her daughter did not survive.

Carly and her classmates continue to deal with the “after” of Parkland which did not end when the shooting stopped.

I promised my sister and my niece that day that I would do everything in my power as a school nurse to work to solve the public health epidemic of gun violence. Because that is what it is, a public health crisis that has not been properly funded, researched, or addressed.

The last 71 years of family history keep bringing me back to a place where I have no choice but to speak out.

I am not against guns.

My father should have been safe in his home and gone shopping with his mother to get ready for school. He should have lived long enough to see all of his grandchildren, including my niece graduate from high school.

No family, school, or community should have to relieve the history that I have shared with you in this post. The tragedies that occur now are just as horrible as they’ve always been.  My family history should never be repeated, but yet it is, almost every single day in America.

Robin Cogan, MEd, RN, NCSN is a Nationally Certified School Nurse (NCSN), currently in her 20th year as a New Jersey school nurse in the Camden City School District. She serves on several national boards including The American Foundation for Firearm Injury Reduction in Medicine (AFFIRM), a gun violence prevention research non-profit organization and the National Board of Certification for School Nurses (NBCSN). Robin is the Legislative Chair for the New Jersey State School Nurses Association (NJSSNA). She is proud to be a Johnson & Johnson School Health Leadership Fellow and past Program Mentor. She has been recognized in her home state of New Jersey and nationally for her community-based initiative called “The Community Café: A Conversation That Matters.” Robin is the honored recipient of multiple awards for her work in school nursing and population health. These awards include 2019 National Association of School Nurses (NASN) President’s Award; 2018 NCSN School Nurse of the Year; 2017 Johnson & Johnson School Nurse of the Year; and the New Jersey Department of Health 2017 Population Health Hero Award. Robin serves as faculty in the School Nurse Certificate Program at Rutgers University-Camden School of Nursing, where she teaches the next generation of school nurses. She was presented the 2018 Rutgers University – Camden Chancellor’s Teaching Excellence Award for Part-time Faculty.

The Relentless School Nurse: Wishing another year away