American Nurse
Home Career The stories that never get told: Belonging
CareerWorkplace ManagementInnovationLife at WorkMy Nurse InfluencersNursing TeamsThe Dauntless NurseYear of the Nurse and the Midwife

The stories that never get told: Belonging 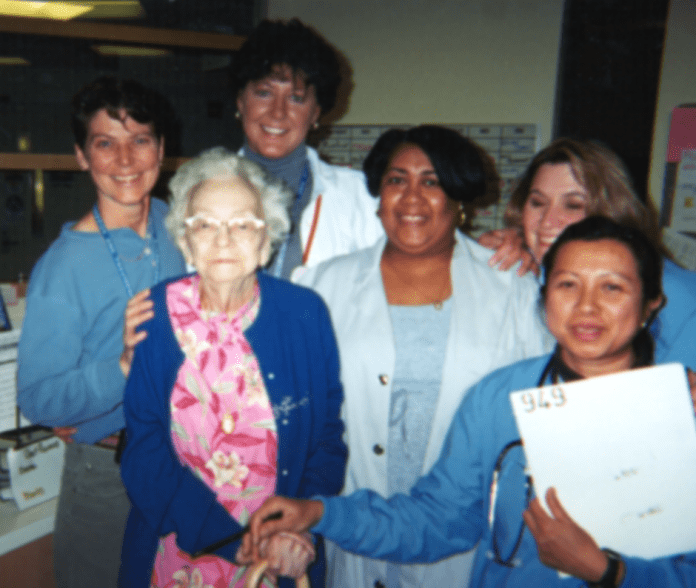 Ruth was admitted to our orthopedic unit with a hip fracture which was repaired uneventfully within a few days. What followed was the epitome of nursing care. Sometimes what our patients need most doesn’t come in a pill or procedure. 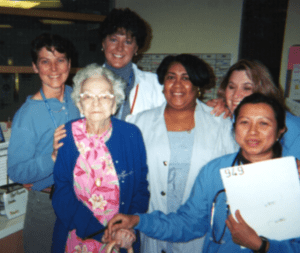 At 82 years old, Ruth had mild dementia, lived alone, and had no relatives. We were told by social work that she could not be discharged until a legal guardian had been found – and that process took weeks. As manager, I was constantly following her extended stay.

Meanwhile, one of our charge nurses, Karen, took Ruth under her wing (Karen never had a grandmother). Every single meal was served at the nurses’ station. After breakfast, the same yellow sack of towels and washcloths was dumped onto the counter and Ruth took almost 2 hours to turn the mess into a neatly stacked pile. When she was finished, she would emphatically say the exact same thing every single day: “I don’t know how you girls go thru so much laundry!”  Then we would quietly take the stack of towels to the laundry room, shake them out, and stuff them back into the same bag.

Teddy bears and trinkets kept popping up out of nowhere over the next few months, as affection for our unit grandmother grew. Finally, Ruth was discharged to a group family home – and I thought that was the end of the story.

Three days before Thanksgiving I received a phone call from the head of the group home where Ruth had been placed.

“Oh my gosh, is Ruth okay?” I said concerned.

“Oh yes,” replied the caller, hesitating. “Well…you see….its just that all four of the other residents are going home for Thanksgiving and Ruth was wondering if she could come home too.”

And so, on Thanksgiving Day, Ruth returned to the only place that felt like her home – 9 West. Dr. W. bought her a turkey dinner, the staff smothered her with love and attention, and all of our hearts grew bigger – not only for Ruth, but for each other.

What an amazing profession!

Share your stories in the Year of the Nurse here so that we can continue to inspire and uplift each other!

In the emergency department, we’re well trained to recognize the signs and symptoms of serious infections—infections that start from an infinitesimally small and undetectable...
Read more
Inside Nursing from the Johns Hopkins School of Nursing

How to Rebuild America’s Trust During COVID-19

Start with Nursing The COVID-19 pandemic has sent shock waves across the nation. With devastation all around us, people’s lives and livelihoods have been on...
Read more
My Nurse Influencers

The newest CDC guidance: Operational Strategy for K-12 Schools through Phased Mitigation Updated Feb. 12, 2021, is hot off the presses and under intense scrutiny....
Read more