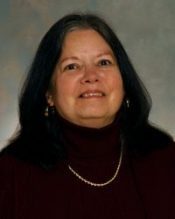 Moral disagreement can be painful and involve deeply held beliefs. This combination may lead to conflict and even more disagreement—as a pebble dropped into a pool of water with ever-expanding effects.

What is moral disagreement?

What leads to moral disagreement?

In many cases the difference in belief is based on having different information, a difference of opinion about how to interpret information, or strongly held beliefs about others’ thoughts, attitudes, beliefs, and behavior. The latter is difficult to surmount because many times it’s based on absolute conviction. What may be changed and what may resolve the disagreement are comparing and contrasting, analyzing and examining the information that is the basis for the core belief. If one or both parties can come to an agreement about the essential data supporting the two views of each other’s beliefs, attitudes, and behavior, sometimes disagreement may be seen as a misunderstanding.

What occurs in moral disagreement?

What happens if the disagreement is not mere misunderstanding, or the misunderstanding can’t be easily resolved with new data or interpretation? Then conflict arises. Part of the conflict is frequently the complexity and plethora of data to be interpreted. Human beings can only process a circumscribed amount of information and detail at one time. Anyone who tries to influence the outcome negatively or with spurious data can confuse the issue.

What happens during a disagreement that leads to conflict? First and foremost, is the inability of one or both members of the disagreement to see the other’s perspective or the inability to have imaginative empathy for the other’s arguments. Another potential issue is the inability to accept another’s different beliefs, attitudes, or behavior. In some cases, that may not be an inability, but rather an unwillingness or lack of care or interest in understanding the other person as a result of time constraints, fatigue (what is sometimes called compassion fatigue), or a lack of interest in resolving the disagreement.

Why is this issue so important in healthcare? Because as in life, the consequences of moral disagreement may lead to irresolvable impasses and conflict if left unresolved, unless both parties can agree to disagree.

In healthcare there are many issues about which patients and providers disagree, ranging from birth to death. These disagreements often appear when least expected. One bioethicist suggests that prominent issues and dilemmas be resolved by society for whole classes of people, not on an individual basis. Others believe in casuistry, which is the determination of one’s beliefs based on a case-by-case analysis of the given data for a particular issue.

What are the consequences of moral disagreement?

The most important consequence is the impact on trust. How disagreements are resolved— equitably, judiciously, impartially—determine how our patients see us and our system of healthcare. In some cases simply following the law is sufficient. This protects our patients’ legal rights and their right to disagree with us and our manner of providing healthcare.

In some cases the argument is more nebulous and ethical rather than already codified in the law. Whether an ethical or legal issue, listening to and accurately interpreting our patient’s concerns, and trying to understand a different perspective, always allowing for the possibility that we may be mistaken about our grounds for belief, is essential. In addition, certain aspects of a situation may be unknown. Again, making assumptions or allowing prejudice or stereotypes to intervene complicates the disagreement.

In such a pluralistic society disagreements occur and healthcare is no exception. Moral imagination may be the solution—an ability to imagine the moral attitudes beliefs and emotional status of the other. That includes trying to become the other in moral sentiment for a time to develop an understanding of our differences; trying to imagine another’s pain or perplexity; or trying to imagine another’s goals, aspirations, or internal moral conflicts and self-disagreements.

Disagreements are ubiquitous and moral disagreements in healthcare frequent. Developing a moral imagination and the willingness to withhold judgment and imagine another’s predicament may be one solution to moral disagreement. Moral disagreement, as with other decisions, requires appropriate judgment. Appropriate judgment requires as much information as possible, accurately interpreted. Listening and trying to collect data from the primary source as historians do is essential. The primary source or the patient who is a “good historian” is our most basic asset. Many disagreements can be solved with adequate and accurate data.

Once data has been collected and analyzed, interpreted and a conclusion drawn, moral imagination may bridge the gap between one person and another— our patients and ourselves—if disagreement still exists. If I as a practitioner can imagine another’s most deeply held moral beliefs, accept and understand them, healthcare may seem more welcoming and hospitable to the many patients we serve. Moral disagreements will always exist but may not seem insurmountable or alienating if moral imagination leads to true understanding.