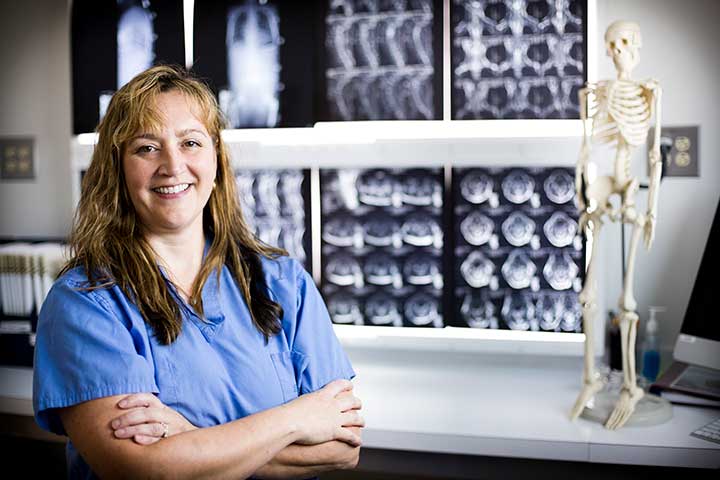 For years, doctorally prepared nurses have focused on issues that help define nursing as a profession. In contrast, nurses involved in direct patient care have dealt consistently with inadequate staffing, high nurse-patient ratios, mandatory overtime, safety issues, and lack of respect. Does this dichotomy reflect a lack of cohesive vision and leadership in nursing? Do nursing leaders and professional organizations truly understand the day-to-day issues that direct-care nurses face? Many nurses believe these groups are out of touch with the needs of most nurses—and that nurses with doctor of nursing practice (DNP) degrees can help bridge the gap.

With those concerns in mind, the American Association of Colleges of Nursing (AACN) in 2004 issued a position statement on the DNP, which called for changing APNs’ preparation level from master’s to doctoral degrees by 2015. This initiative was supported by many specialty nursing organizations and the Institute of Medicine, which has studied such topics as the state of the nation’s healthcare delivery system, patient safety, health professional education, and leadership for nursing practice.

A brief history of the DNP degree

In 1979, Case Western Reserve University in Cleveland opened the first clinical doctoral program in nursing, which offered a nursing doctorate (ND) degree. Designed as an entry-level program similar to the doctor of medicine degree, it didn’t require specialization. Rather, it provided an entry-level nursing education for students with a bachelor’s or master’s degree in another field. Today it’s called a DNP program and has been redesigned to allow nurses
with BSNs or MSNs to continue their education.

Previously, nurses with advanced degrees seeking to expand their clinical-specialty knowledge had few options. The researched-oriented PhD and doctor of nursing science (DNSc) programs didn’t suit their practical or clinical needs. In 1999, the University
of Tennessee Health Science Center opened the first DNP program offering a clinically focused terminal degree. It was quickly followed by similar programs at the University of Kentucky and Columbia University.

According to AACN, DNP programs are now available in 35 states. Twenty-eight new programs
were opened in 2009, bringing the total number of programs to 120. Data collected through AACN’s annual survey and a supplemental survey in February 2010 found an additional 161 DNP programs in the planning stages. Nearly 72% of schools with APN programs now either offer or plan to offer DNP programs. (For more information on the DNP initiative and a list of programs that offer DNPs, visit www.aacn.nche.edu/DNP/index.htm.)

Many nurses and healthcare professionals believe the DNP gives nurses equality with their healthcare counterparts, such as physicians, dentists, optometrists, and physical therapists. Yet the DNP remains controversial. (See Pros and cons of the DNP degree by clicking on the pdf icon above.)

Those who favor the DNP believe the issues raised by its opponents can be resolved. For
instance, the concern that some DNP educational programs might be more rigorous than others could be addressed by AACN’s “Essentials of Doctoral Education for Advanced
Practice Nursing,” which established curriculum guidelines that set competency standards for all graduates. Also, although some universities may have difficulty granting DNP degrees under their current charters, perhaps they could partner with DNP-granting universities to overcome this problem. As for the concern about promotion and tenure for faculty members without PhDs, these issues are institution-specific and officials at some schools are reevaluating them.

What’s more, a demand for the DNP clearly exists. According to one study, 25% of BSN graduates will move towards APN degrees; 52% of them plan to become nurse
practitioners and 23% seek to become certified registered nurse anesthetists. For them, the DNP is the preferred terminal degree. Only 5% of respondents said they will seek PhDs. One needs-based survey found 51% of respondents were interested in furthering their education;
of those, only 2% expressed interest in a researched-focused PhD degree.

Can the DNP ease the faculty shortage?

A 2006 study suggested that offering DNPs to nurses interested in clinically focused degrees could ease the nursing faculty shortage. In the study, 71% of respondents chose a DNP program after evaluating PhD, DNSc, and DNP programs. Of those, 55% cited nursing education as their career goal and 39% cited clinical practice.

The Institute of Medicine’s report “Health Professions Education: A Bridge to Quality” stated, “All health professionals should be educated to deliver patient-centered care and be members of an interdisciplinary team, emphasizing evidenced-based practice, quality improvement approaches and informatics.” Following the lead of these organizations, these professionals now have a purpose and direction to advance the nursing profession and
move toward their goals. Nursing has made major advances over the past 20 years and will continue to grow through education, awareness, and knowledge. It must advance DNP specialty preparation to an equal footing with other healthcare professionals in terms of ability to address today’s complex healthcare delivery concerns.

DNP programs prepare nurses to achieve the highest standards, enhance clinical expertise, and analyze care models that are cost-effective and based on the strongest evidence. The DNP may be the answer to preparing clinically competent leaders who understand the issues faced by practicing nurses and can find solutions to effect positive changes.

Matthew J. Patzek is a staff nurse in the emergency and operating rooms at Main Line Health, Paoli Hospital in Paoli, Pennsylvania.