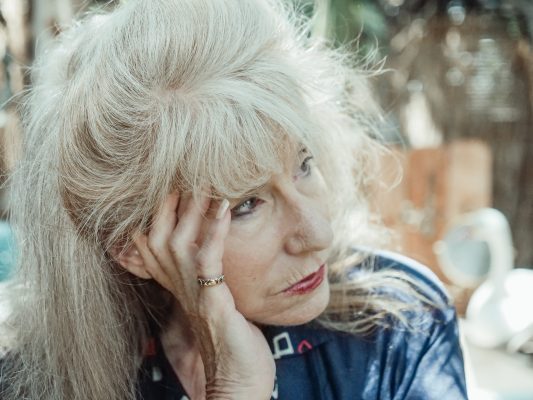 WHY IS MENOPAUSE SO MISUNDERSTOOD, SO DISCUSSED, SO DREADED, SO MARKETED?

Menopause is not a disease, nor a dramatic event leading to sudden behavioral alteration. It remains one of the most misunderstood phases in a women’s life cycle, especially because so many variants fall under the single word, menopause. Women who undergo surgical menopause may have an entirely different physiological and symptomatic experience than women who proceed spontaneously through this event. Moreover not all women who experience natural menopause will have the same ovarian function afterwards – good reason for such a spectrum of possible effects.

At one level the news is good – we are talking about menopause and, in many instances, taking appropriate actions. At another level, the degree of ignorance about menopause still troubles me. So how would I best describe the significance of the menopause?

Menopause is important at three levels:

1. As a lead indicator of changing demographics: a signal event highlighting the gradual demise of the dominating youth culture and the growing impact of aging populations

2. As a driver of public health policy: a marker in the life cycle of women that identifies and determines the potential for risk factor identification, early disease diagnosis, leading to reduction of disability and its attendant health care costs

This week I will discuss the first item above – demographics. This is the background to an issue of critical importance in relation to health policy, the economy, the political challenge, and the potential demand for expensive delivery of medical services.

No woman needs fear that she stands alone as she approaches menopause. There has been a real increase in the actual number of women reaching and living well beyond this time. The median age at natural menopause is 51.3 years (that is, the age at which 50% of American women will have transitioned though menopause).

Media headlines have warned: NEW POPULATION TRENDS TRANSFORMING United States. These trends really do exist. They are occurring throughout the world and have far-reaching implications for the future. Some countries have high birth rates resulting in more young people. These are usually developing nations where disease rates are higher resulting in greater infant mortality. Even these countries are showing major growth in the population of older people. An example of a high birth rate country would be Mexico.

Other countries have low growth rates. Fewer babies and better health services result in more people living to an older age. These are invariably the more developed countries. Japan and Sweden are good examples. Russia too has a greater population of older individuals but is less developed than Japan or Sweden.

The United States falls somewhere between Mexico and Sweden. The population statistics are quite striking. In 1900, the median age of people in the United States was 22.9 years. By 1950, it was 30.2. It was around 35 at the turn of the century and is projected to be 37.3 by the year 2030. This means the average age of the population is gradually increasing. The increased number of people living to an old age can be more easily imagined if you realize that 1 in 10 of the population today is over age 65. By 2030, this figure may be 1 in 6.

There is unequivocal evidence that the population of women over age 50 has changed significantly over the course of history. The life expectancy for a woman born during the time of the Roman Empire was about 29 years. During the late medieval period, this increased to 33 years. By 1841, in England and Wales, the average female life expectancy had reached 42 years. A dramatic change developed during the late nineteenth and early twentieth centuries; the expectation of life at birth had increased to 74.9 years by 1970, and closer to 80 by 2011. So in just the past century, life expectancy has almost doubled.

Of course, all those years ago there were women who lived to a very ripe old age. Looking at how many years a woman was likely to live from birth onward can be very misleading. Most women historically died from complications of childbirth or the effects of various epidemics, and fewer were left to live into old age. Another way of looking at the numbers is to consider how long a woman can be expected to live if she is healthy at age 50. This has increased from about 20.6 years in 1900 to about 30 years in 2000. Only now more women have been reaching the increased age, and for each decade over age 50 that they remain well, the final number gets larger. It is thus possible that the modern woman can anticipate spending virtually half of her life after menopause!

Life expectancy for men has not matched that for women. This creates an increasing proportion of single or widowed women. Unless the death rate for men is drastically cut, the gap in life span between men and women is likely to widen, even though both live longer.

The bottom line is that more women are living longer, and consequently have more time to be exposed to illnesses, some of which are related to or impacted by menopause. But the number of older men also continues to increase, driving the average age of the population ever higher, and the likelihood of more of these individuals requiring expensive long-term health care becomes ever greater.

There is so much of the above that will impact our future as a society, as individuals, our quality of life, the nature of the healthcare we receive, the positions taken by our politicians, and so on, just to list a few.

What do you consider to be the most important issues that will result from this remarkable demographic change?

How do you think these issues will impact on your profession?

Do you think women in general are aware of the changing demographics, or in fact care about them?

What should we be demanding of our representatives in congress to influence the future in a positive direction?

I will discuss much of this further over the next few weeks.

Author; CHANGE YOUR MENOPAUSE – Why one size does not fit all. https://www.amazon.com/Change-Your-Menopause-size-does/dp/0982845723/