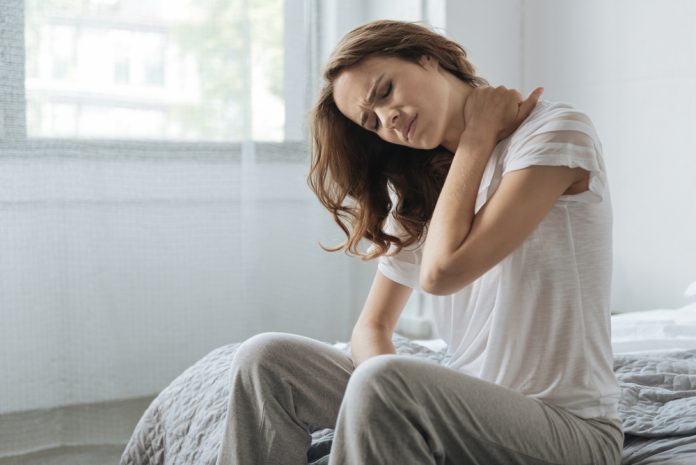 When women and men showed the same level of pain, observers concluded the female patients’ pain was less intense than the mens’, researchers have found.

The lay observers also decided that the women were more likely to benefit from psychotherapy as opposed to medication. The sex of the observer did not influence their pain estimations.

Video of patients with shoulder pain

The researchers, who published their work in the Journal of Pain, showed 250 lay observers video of patients who were suffering shoulder pain while doing range-of-motion exercises. They asked the observers to rate the patients’ pain and compared that to what the patients themselves had reported. The researchers also determined the patients’ pain level by analyzing the videos with a Facial Action Coding System, which measures pain based on facial movements.

In the end, the observers’ pain assessments reflected their perception that female patients were in less pain than males who had the same intensity of pain.

“If the stereotype is to think women are more expressive than men, perhaps ‘overly’ expressive, then the tendency will be to discount women’s pain behaviors,” said Elizabeth Losin, assistant professor of psychology at the University of Miami. “The flip side of this stereotype is that men are perceived to be stoic, so when a man makes an intense pain facial expression, you think, ‘Oh my, he must be dying!’”

The researchers concluded that these stereotypes contributed to how the observers perceived pain by having 200 of them complete a Gender Role Expectation of Pain questionnaire. The questionnaire measures gender stereotypes about pain sensitivity.

Losin said the study was prompted by previous pain research that found women are often prescribed less treatment, and wait longer to receive it, than men.

“I think one critical piece of information that could be conveyed in medical curricula is that people, even those with medical training in other studies, have been found to have consistent demographic biases in how they assess the pain of male and female patients and that these biases impact treatment decisions,” Losin said. “Critically, our results demonstrate that these gender biases are not necessarily accurate. Women are not necessarily more expressive than men, and thus their pain expression should not be discounted.”

My name is Samantha and I’m 22-year-old ICU nurse. Many people tell me how accomplished I am for my age—how amazing it is that...
Read more
My Nurse Influencers