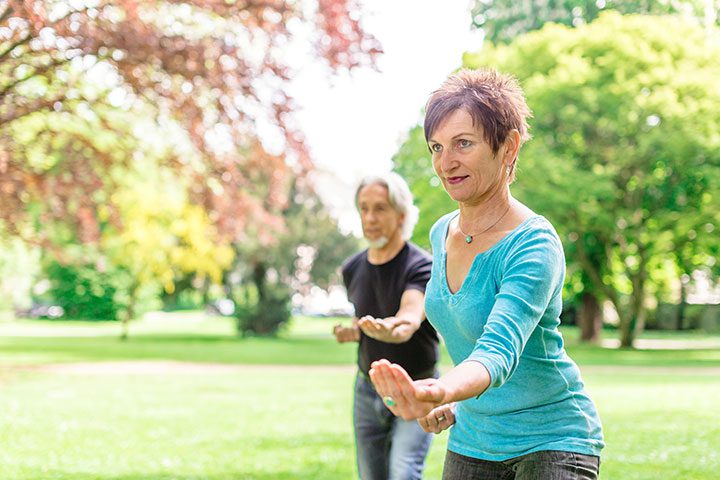 Your Friends, Family, and Local Culture Determine How You React To Menopause

Quick
review – hormonal changes cause a
presence or absence of specific menopausal symptoms. The psychological
makeup of a woman determines her level of
response to the symptom, whether it is bothersome to her or not. But beyond
the hormonal and psychological drivers of menopause symptoms, there is one other
area of major influence on what symptoms develop and how a woman reacts to them – the external environment. It would be
incorrect to view menopause on a purely biological basis. The response a woman
may have to the event of menopause can be modified by many factors, not least
to what I call the external environment, the sociocultural aspect.

The
society in which a woman lives and moves, works, and plays is of paramount
importance to the way in which she will adjust
and react to menopause. The environment in which a woman finds herself
around the time of menopause will have a considerable influence on the way she
responds to any symptoms she may develop. In many instances, a mild symptom may
become a moderate one, or a symptom she can live with becomes a complaint that
she takes to her clinician.

In
simple terms, some societies reward women for having reached menopause or the
end of the fertile period, while others in effect actually punish them. Many examples come to mind. In some African tribes, women graduate
after menopause from being “bearers of children and drawers of water” to
achieve full tribal equality. They can sit in on the tribal council and
participate in decision-making, and become in effect full-fledged members of
the tribal parliament.  Another
striking illustration of this cultural attitude is shown with women of the
Rajput classes in India. They experience few symptoms and look forward to
menopause because they emerge from purdah
at the end of their childbearing years. That is, they are no longer required to
wear a veil and acquire higher status because they are not “contaminated” by
menstrual blood. A similar situation has been described for certain Arab women
for whom the end of the fertile period brings positive changes in their lives.

What
is happening is that these women may experience hot flushes that can be severe,
but their attitude is “bring them on!” because their presence leads to the
vision of a better life ahead.

In
most Western societies, quite contrary to menopause leading to reward, the
strong emphasis on the youth-oriented culture may actually punish women. Being “young
and beautiful” becomes a matter of prime concern; cosmetics, mode of dress, and
the correct youthful image become important. Women from such societies see nothing
positive about menopause, only a reminder that they are no longer young.

Other
stresses are added to the above problem around the age of menopause. The
average woman at age 50 may find a change of social status, lose one or both
parents, lose her children to college or marriage, and she may become a
mother-in-law, a grandmother, or both. Her husband may stray, become ill, or
die. Or she may never have married and had children, and now have pause for
regret. These are all social components that are liable to produce
psychological stresses dependent on the basic character of the woman affected.

Important
alternate roles at the time of menopause have been shown to lessen symptoms at
this time. For example, being a sole wage earner, having a profession, changing
careers, or becoming a charity volunteer have all been proven to be of value.
However, the matter is more complicated.
Additional factors like general health and stability, marital
relationships, specific problems of the single woman (unmarried, divorced or
widowed), social status, and others are also involved.

The
menopausal woman’s interpretation of herself, her image of herself in her mind,
is thus of importance. This is really essential to improving quality of life.

Next
week I will summarize how these 3 influences (hormonal, psychological, and
socio-cultural) interact to format the bottom line – the individual symptom
profile.

Author;
CHANGE YOUR MENOPAUSE – Why one size does not fit all. http://www.amazon.com/Change-Your-Menopause-size-does/dp/0982845723/