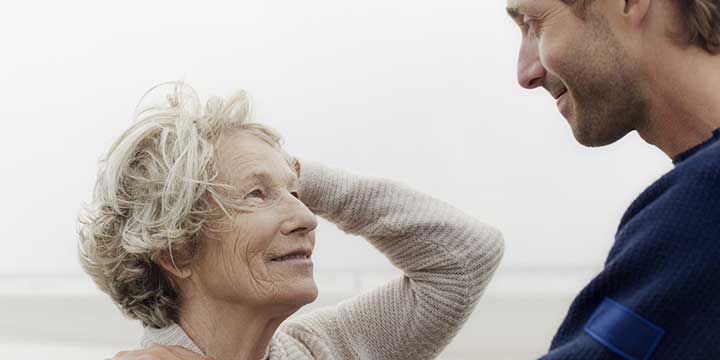 My name is Chad Allen and I am a psychiatric nurse who works with the geriatric population. As a psychiatric nurse, I have seen the geriatric population suffer many ailments, including dementia, depression, pain, and abandonment from family members. The goal with this letter is to promote cultural change by encouraging families to take a more active role in their parents care.

Each year thousands of elderly mothers and fathers will be admitted to nursing homes, hospitals, or psychiatric units due to declining mental and physical health. With this comes a financial burden that often times leave them with little to hold on to. With the financial burden, families are stressed to find ways to help their loved ones receive the proper care they so richly deserve. According to the longtermcare.gov website, the average cost of long-term care can reach more than $6,900 per month. That is more than $82,000 per year, which doesn’t include hospitalization.

The purpose of this letter isn’t to discuss the cost of nursing home and hospitalization care (though important), but rather to discuss the cultural decline of the younger generations devaluing the care of their elderly family members.

The modern era of American culture has made it popular to devalue the elderly and has pushed them to the side, making them in many ways second-class citizens. Many Americans have placed their careers over taking care of their mothers and fathers, grandmothers and grandfathers, and even their spouses and children. It is often seen as a great “inconvenience,” not only to the younger generation of family members, but also those in the healthcare industry. Careers demand time and require your presence or face termination, even if you need to take care of your ailing parents.

In many cultures taking care of your ailing parents and family members is seen as a duty of all family members. Not performing this duty to take care of your parents when they are older is seen as disgraceful and disrespectful. The elderly if you ask them would rather be home with their loved ones than placed in a hospital or nursing home. They want the joy of seeing their family on a consistent basis.

Taking care of demented family members can be a major challenge and it often stresses families to the core. Many times these family members need memory care units to take care of them. With the growing number of baby boomers becoming elderly, the rise of dementia will certainly occur.

As a psychiatric nurse who takes care of elderly people on a regular basis, I want to encourage the younger generation to take care of their parents and grandparents with open arms and not put them into a nursing home or assisted living facility just because it will make it easier on you. Don’t conform to the culture of incivility; don’t let your career or your “fun” take you away from the responsibility and privilege of caring for your own parents or grandparents. Don’t drop them off at the hospital just because it has become too difficult to handle them because of their confusion. Instead, keep them home and find ways to assist them. Love them just like they loved you unconditionally. Even if dementia is present, their intention is not to be agitated or combative; instead many times they are fearful. It is time for America to take responsibility and revolutionize family by taking part of their care and respecting our elders!