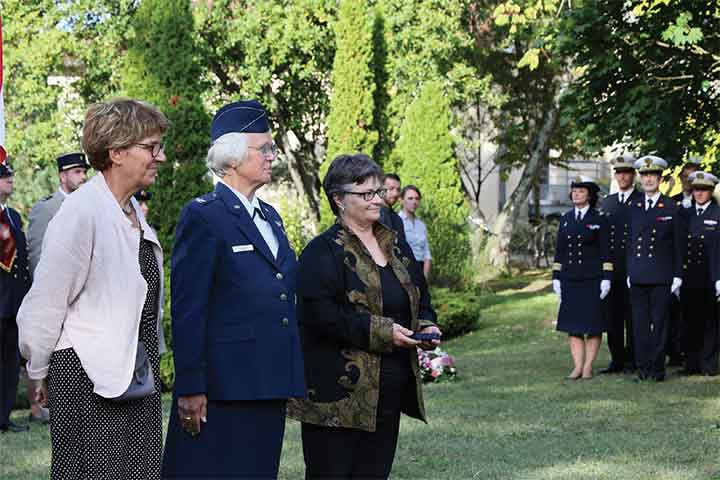 The American Nurses Memorial of Bordeaux

For nurses who die in service

Nursing is a risky endeavor. Nurses practice in the midst of natural and humanitarian disasters, including warfare; they may have to stare down death not just for patients, but also for themselves.

Nurses can and do die in service settings; in all wars, nurses have died while practicing nursing. Many memorials commemorate wartime nurses around the world. Some are statues of famous nurses like Florence Nightingale, Mary Seacole, and Edith Cavell. Others honor nurses collectively and take the form of statues, cenotaphs, stained-glass windows, or low-relief sculptures on walls. At Arlington National Cemetery in the United States, a granite statue honors nurses who served in the U.S. armed forces in World War I, many of whom rest among the hundreds of nurses buried in Section 21—also called the “Nurses Section,” according to the cemetery website.

Most monuments to nurses who died in service are static reminders of events or people past. However, largely through the leadership of the American Nurses Association (ANA), a unique commemorative exists among nursing memorials and perhaps even among all memorials. The American Nurses Memorial in Bordeaux, France, was created as a living memorial to the almost 300 U.S. nurses who died in World War I. The people of France called them “victims of their devotion,” but they are perhaps more accurately called “heroes for their devotion.” This memorial is not a statue or sculpture or stained-glass window; it’s a vibrant school of nursing.

History of the Nightingale school of nursing

The first school of nursing in France was founded in 1884. However, Anna Hamilton, a physician, was convinced that nursing in France needed to adopt the Nightingale model of education. In 1901, she reorganized the school under this model and requested permission from the Nightingale family to use Florence Nightingale’s name for the school, which became the École (School) Florence Nightingale. To acquire funding to erect the school building and implement the Nightingale educational model, Hamilton approached the Joint Committee of the ANA, the National League for Nursing Education, and the National Organization for Public Health Nursing. ANA took the lead in the funding campaign.

The response of American nurses was enthusiastic and generous. As recorded in the ANA annual convention minutes, individual nurses and alumnae associations throughout the United States helped meet the initial $50,000 goal within a year. The donations paid for the construction of the school building, provision of furnishings and books, and implementation of the new educational program. After the World War II Nazi occupation and sacking of the school, another goal of $50,000 was set for the massive repair and the delivery of food, clothing, and supplies. Between 1920 and 1940, total donations were over $128,000.

The intent of the donations was to:

In addition to general donations for the school, state nurses associations sponsored classrooms that bore their state name and provided a gift for “their” room that in some way reflected their state.

From the late 1910s through the early 1950s, the American Nurses Memorial was widely known and supported throughout the American nursing community. ANA presidents, members, and legendary nurse leaders visited the memorial frequently, providing advice and counsel on matters of curriculum, student life, budgets, and more, as well as maintaining what would have been regular communication in an era of steamer ships, postal mail, and telegrams. Today, the main hallway of the school is lined with photos and descriptions of the tangible projects accomplished by these ANA nurse leaders.

The building and the school today

The building is four floors above ground. It contains a parlor, offices, classrooms named after each U.S. state, a skills lab, a library, dormitory rooms, rooms for students’ food preparation, and a laundry. Ample windows throughout the building are in accordance with ANA’s wishes to honor Florence Nightingale’s concern for the environment. Below-ground classrooms were added by the French government when the school was instructed to increase its enrollment by 60% to meet the need for nurses in France. The school provides dormitory rooms for students who would be unable to afford a place to live or to attend nursing school without subsidized housing. The school today labors under the constraints of a tight budget and the burden of a 100-year-old building, including deferred maintenance, renovation, and upgrades to meet the demands of modern educational technology. 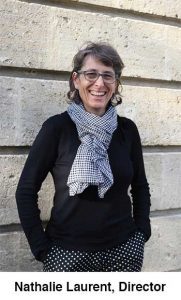 The school holds an annual tribute ceremony to commemorate the U.S. nurses who died in service; their names are on a frieze in the school’s parlor. In 2017, the centenary of the U.S. entry into World War I, a grand ceremony was held and a wreath was laid beneath a new plaque commemorating the nurses. Attendees included generals and other high-ranking officers of both the French and U.S. military, including health and chaplaincy services, military bands, and color guards; the U.S. Charge d’Affairs; civic officials; the president and chaplain of the associated university; the director of the École, Nathalie Laurent, MA, RN; ANA representatives Martha Turner, PhD, RN-BC, FAAN, Col. USAF NC (ret.) and Marsha Fowler, PhD, MDiv, RN, FAAN; 300 alumnae, guests, and all of the students—and the student choir. As in 1921 at the school dedication, another medal was presented to ANA to celebrate the century-long relationship with the school.

The spirit of the school

The spirit of the school today is impressive. Faculty and students are enormously proud that they are the American Nurses Memorial, a living tribute to American nurses who died in service in World War I, with connections to ANA and early nursing leaders in the United States and a direct tie to Florence Nightingale. As the first Nightingale school in France, they stand for excellence and rigor in nursing education.

Students, taught in this tradition, feel the gravity of their responsibility for every aspect of this inheritance. Faculty members and students clearly believe themselves to be part of an French-American school and bearers of this living memorial. French nurses and nursing students have borne the duty of remembrance and have safeguarded it for us, faithfully adhering to the original vision and goals of the agreement with ANA.

The American Nurses Memorial, École Florence Nightingale, is a unique memorial to nurses who have died in service and nurses who may one day also make that sacrifice. It is our living memorial for the 21st century.

To donate or for questions or send an email to ifsi.nightingale@mspb.com.

Marsha Fowler is professor of ethics, Azusa Pacific University in Azusa, California. Nathalie Laurent is director of the Institute de Formation Florence Nightingale Bagatelle Talence. Martha Turner is associate director of the American Nurses Association, Center for Ethics and Human Rights and a faculty member at the school of nursing, University of North Carolina in Wilmington.