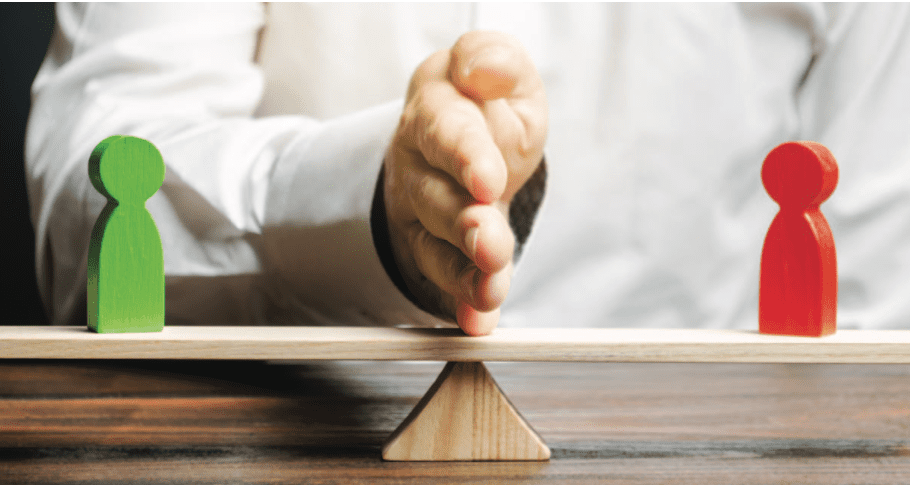 An upstanding approach to address bullying in nursing

Learn how to become more comfortable with speaking up.

What hurts the victim most is not the cruelty of the oppressor, but the silence of the bystander. —Elie Wiesel

In the end, we will remember not the words of our enemies, but the silence of our friends.—Martin Luther King Jr.

Gallup consistently rates nurses as having the highest standards of honesty and ethics among professions assessed by U.S. adults. Despite this impressive designation, acts of incivility and bullying persist within nursing, partly because individual workplace bullying incidents aren’t addressed. (See Bullying and its impact.) Sometimes nurses (and other healthcare professionals) don’t speak up because they don’t want to “get involved” even when the situation is serious, they worry about retaliation, or they don’t know what to say. This article describes a bullying scenario, including the lack of response to the situation by those close to it, why some individuals don’t speak up, and how to become an “upstander” (rather than a bystander).

Bullying and its impact

The American Nurses Association defines bullying as repeated, unwant- ed harmful actions intended to humiliate, offend, and cause distress in the recipient, and as a very serious issue that threatens patient and nurse safety. Bullying behaviors take many forms, including:

Workplace bullying is associated with negative outcomes, such as:

The case of the demeaning colleague

Allison*, a nursing instructor, was upset after witnessing bullying behavior during a recent faculty meeting. According to Allison, Barbara, a tenured faculty member, openly humiliated a novice faculty member by making demeaning and condescending remarks, verbally chastising her, and calling her worthless. When Allison was asked how she and other faculty members responded, she said, “We didn’t say anything, we just let it happen. Honestly, I was just glad she wasn’t targeting me.”

In this scenario, more than two dozen faculty members avoided addressing the situation. What might have kept a highly educated group of professionals from intervening on their colleague’s behalf? Why did they assume the role of bystander? To understand their lack of response, let’s take a closer look at what it means to be a bystander or an upstander.

Various terms are used to describe bystanders including witnesses, observers, accomplices, and indirect victims. Regardless of the term, bystanders’ actions and inactions, whether intentional or not, contribute to the outcome of an uncivil or bullying event. Bystanders see, hear, or know about incivility, bullying, or other forms of workplace aggression happening to someone else. They react to bullying behaviors in different ways. Some side with the offender by laughing at the situation; others give silent approval by simply looking on or doing nothing to intervene. In some cases, bystanders aren’t sure if the behavior is serious enough to address. However, the harmful impact of incivility and bullying sometimes isn’t felt until after behaviors become patterned or persistent over time. In other words, a single behavior may seem inconsequential if the bystander hasn’t observed similar behaviors occurring in the past.

The detrimental impact of bullying behaviors on bystanders is clear—observing acts of workplace aggression directed toward a coworker can compromise physical and mental health. Similar to workplace bullying targets, bystanders may develop symptoms of guilt, anxiety, and depression; in some cases, they may disengage or leave an unhealthy workplace altogether.

Why do bystanders stand by?

Reasons for not intervening when bullying behaviors occur are as varied as the individuals involved. They include:

Many bystanders fear being the next target, being treated unfairly (for example, being assigned the most challenging patient load and least-desired shifts), or being the only person in the group to act. Sometimes the bully may be protected by the organization and the witness who reports the incident may be asked to “let it go” because the offender is otherwise a “good nurse.”

Upstanders respond and speak up when bullying behavior or acts of mistreatment or intimidation occur. They speak up and take action to stop the offender and support the person being harmed or harassed. Evidence suggests that when witnesses take safe and effective action to support a bullying target, the offender is more likely to stop the behavior.

Becoming an upstander begins with taking a personal stand against incivility and bullying behavior and making it clear to coworkers that you won’t accept or participate in undesirable workplace conduct. You can do this by setting a positive example—refuse to engage in negative gossip or spreading rumors, to laugh at off-color jokes or distasteful comments, to post offensive social media photos and messages, or to conspire to disrespect or marginalize a coworker.

Upstanding doesn’t come easily. Many people worry of reprisal or retaliation, becoming a target themselves, or being labeled a complainer, troublemaker, or whistleblower. These concerns can be assuaged when an organization’s leadership establishes clear definitions of actions that constitute retaliation and policies against it, educates supervisors and managers about how to respond to bullying reports, and takes visible action when legitimate bullying reports are made. Part of that education includes ensuring leaders understand that because of confidentiality issues, a general statement may be made to the person reporting the problem to assure them that steps are being taken to address the issue, but details can’t be shared.

Addressing the scenario as an upstander

In the opening scenario, many people witnessed the bullying behavior, but no one spoke up. Perhaps some individuals were fearful of retaliation or maybe they were waiting for someone else to step in and help. What would an upstander do?

If the faculty and staff had co-created and agreed on team norms with built-in accountability measures to address disrespectful behaviors, an upstander might refer to those norms to address the situation. For example, if speaking respectfully had been established as a team norm, an upstander might say, “We’ve all agreed to speak respectfully with one another; we’ll get more accomplished if we deal with issues in a professional manner.” Some teams establish catch phases or team slogans to use when addressing uncivil situations, such as “That’s not who we are,” “That’s not how we roll,” or “We’re better than this.”

Another approach is addressing the person engaging in uncivil behavior by name and making a direct request in the moment. State firmly and respectfully, “Barbara, disrespectful remarks impact our ability to foster a team environment; please speak to us in a respectful way.” Using an evidence-based conversation framework, such as Preview, Advocacy, Advocacy, Inquiry, and Listen (PAAIL), is another effective way to address an uncivil situation either in the moment or later in a private setting. The structure for PAAIL is as follows:

Inquiry: I wonder what was on your mind at the time?

Listen: Listen carefully and intentionally to the response.

Here’s an example of using PAAIL to address the uncivil faculty member: “Barbara, I’d like to talk about what happened in today’s meeting. I noticed that you raised your voice and spoke in a disrespectful tone. I’m concerned about the impact on our team. What are your thoughts about what happened in the meeting?” The upstander then listens carefully to Barbara’s response before continuing the conversation.

It takes a village

Upstanding requires skill, courage, and support from the organization. Without organizational support, nurses may stay silent as a self-protective measure. In organizations where a positive work culture is fostered and reinforced and where upstanding behavior is rewarded, nurses are more empowered to speak up and more likely to intervene when confronted with a bullying situation. The American Nurses Association Code of Ethics for Nurses with Interpretive Statements states that nurses at all levels of the organization have an ethical and moral obligation “to create an ethical environment and culture of civility and kindness, treating colleagues, coworkers, employees, students, and others with dignity and respect…and that any form of bullying, harassment, intimidation, manipulation, threats or violence will not be tolerated.”

Fulfilling this provision requires healthcare leaders throughout an organization to set a clear, compelling vision for civility, respect, inclusion, and collaboration among all members of the organization.

Upstanding is challenging because each situation is unique and complex, and stepping in isn’t easy. Most individuals express a desire to intervene, but they lack the appropriate skills. You can hone your upstander skills (communication and conflict negotiation) by participating in online and in-person training workshops and role-playing experiences that build resilience and foster collegiality and high-performing teams.

Leaders can support upstander behaviors by implementing and widely disseminating clearly defined policies to prevent and address workplace bullying, instilling a culture of zero tolerance for all forms of workplace violence, rewarding upstander behaviors, and co-creating and reinforcing team norms that reflect the organization’s vision, mission, and shared values. Reports of incivility and bullying must be taken seriously by supervisors and human resources representatives, and thorough, confidential investigations should protect all parties identified in the report.

Trusted leaders who model the way and demonstrate upstander behaviors will likely find they have a trove of loyal followers.

Cynthia Clark resides in Boise, Idaho, and is the strategic nursing advisor for ATI Nursing Education, based in Leawood, Kansas.