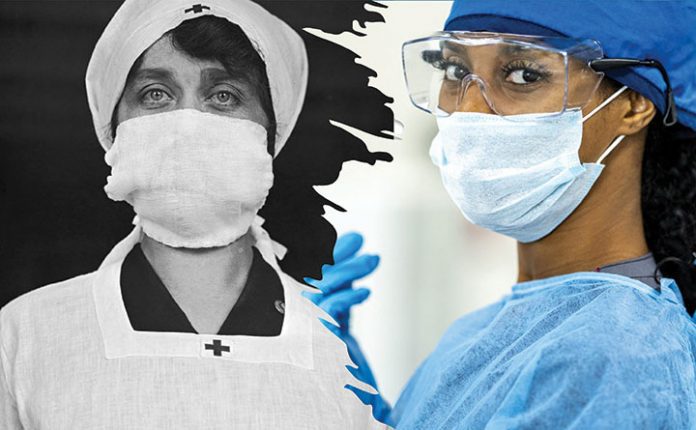 As RNs continue to contend with effects of the COVID-19 pandemic, the 2021 virtual annual American Nurses Association (ANA) Membership Assembly convened on June 18 to conduct the business of the association. More than 400 representatives from ANA’s constituent and state nurses associations (C/SNAs), the Individual Member Division, organizational affiliates, the ANA Board of Directors, and others attended the meeting.

A commitment to care

“As we celebrate ANA’s 125th anniversary in these extraordinary times, I have never been more thankful for the dedication, competence, and responsiveness of our nursing workforce,” said ANA President Ernest Grant, PhD, RN, FAAN, in his address. He praised nurses for their commitment to patient care during the pandemic. “No matter how tired and overwhelmed we were after torturous shifts, nurses persisted and persevered in caring for patients and their families, and Americans became more aware of the strains of our profession and our commitment to our communities.”

Grant outlined the strength of ANA’s response on behalf of nurses in 2020, noting the many resources the association deployed quickly for the entire nursing workforce, including webinars, videos, fact sheets, and web pages. “During a chaotic time, we sought to maintain high standards in clinical practice and promote safe, ethical work settings,” he said.

In her remarks, ANA Enterprise CEO Loressa Cole, DNP, MBA, RN, FACHE, NEA-BC, FAAN, pointed to membership growth and the nursing community’s acknowledgement that ANA was there for them. “We witnessed a renewed awareness among our members of ANA’s value and support in advocating for them during this dangerous, stressful time for healthcare workers.”

ANA earned increased credibility and visibility in Congress, Grant said, while drawing attention to supply shortages and how healthcare disparities contributed to the pandemic’s disproportionate burden on communities of color. In addition, ANA supported the Biden administration’s efforts to increase funding for mental health services.

ANA also was at the forefront of vaccine education for nurses and the public, with the goal of getting all Americans vaccinated, Grant said. Through the Center for Ethics and Human Rights, ANA rolled out Guiding Principles for Nurses and the COVID-19 Vaccines. The association partnered with other healthcare organizations to create many education tools, including the COVID Vaccine Facts for Nurses program, launched in March with the American Nurses Foundation and 18 other organizations.

Grant noted the association’s participation in public service campaigns promoting COVID-19 vaccines. For example, “It’s Up to You,” an Ad Council-COVID Collaborative initiative, is one of the largest public education efforts in U.S. history.

In addition, ANA partnered with the Centers for Disease Control and Prevention and the American Academy of Pediatrics on Project Firstline, a collaborative effort to educate all U.S. healthcare workers with a foundational understanding of infection prevention and control.

“Other issues also required our response and engagement,” Grant said. “The pandemic both exacerbated and shined a light on healthcare disparities and racism.” He acknowledged that ANA and the nursing profession have a long way to go in recognizing and overcoming racism within. “Eradicating racism in nursing starts with us,” Grant emphasized.

In her remarks, ANA CNO Debbie Hatmaker, PhD, RN, FAAN, recognized the association’s 125th anniversary and the American Nurses Credentialling Center’s (ANCC) 30th anniversary. Noting several of the association’s accomplishments, she observed that, “again and again, nurses have been faced with extraordinary circumstances and then demonstrated their skill and fortitude.”

She added, “Protecting the interests of nurses and patients has been foundational to the ANA legacy. Through our activity, policymakers began to recognize the essential role nurses play in healthcare.”

Hatmaker quoted ANA’s 1897 meeting minutes that outlined the original goals for the organization: “To establish and maintain a code of ethics; to elevate the standards of nursing education; to promote the usefulness and honor, the financial and other interests of nursing.”

“We can take pride in how ANA is still relevant and contributing to the public health of the nation 125 years later,” Hatmaker said, “and the impact of ANCC on nursing excellence.”

On June 1 and 3, Assembly representatives engaged in four online dialogue forums on topics of importance to the profession, convened by the ANA Professional Policy Committee. The Assembly subsequently passed these recommendations that call on ANA to:

Additionally, the C/SNAs are to consider the information contained in the Committee’s report and encourage the Leadership Council Executive Committee (LCEC), a representative advisory body that provides informed guidance and recommendations on professional issues in collaboration with the ANA Board of Directors, to coordinate sharing innovations, best practices, and lessons learned regarding crisis standards of care. It was requested that the LCEC report back to the 2022 Membership Assembly on efforts at the state level to advance preparation for responding to disasters and pandemics.

ANA members can view background documents and the final report from the Professional Policy Committee on the Membership Assembly website (bit.ly/3hq1Ede).

The report was based on listening sessions conducted in early 2021. Nurses who identified as Black, Indigenous, or People of Color (BIPOC) repeatedly echoed the same experience of being presumed incompetent with subsequent limited and denied opportunities. BIPOC nurses described the feeling of being challenged and having their knowledge minimized based on the belief that they are less than their White colleagues and therefore cannot provide qualified care.

The report, available to members on the Membership Assembly website, offered four recommendations: mentorship, accountability, allyship, and calling out racism.

Speaking up for safety and support

Cole, Grant, and Hatmaker emphasized ANA’s advocacy on behalf of nurses and patients.

Making the healthcare work environment safer is another priority. In April, the U.S. House of Representatives passed a bill that requires hospitals to develop violence-prevention plans. The bill, endorsed by ANA, has moved to the Senate for consideration.

With nurses giving more than ever, they need more support. ANA has made nurses’ well-being a priority with programs and initiatives such as mental health resources and financial assistance.

In addition, the ANA Enterprise developed the Nurse Suicide Prevention and Resilience Resource site to help nurses cope with depression, anxiety, and thoughts of suicide.

The Foundation’s Coronavirus Response Fund for Nurses provided $2.6 million in direct aid to more than 2,000 nurses in 45 states.

The Assembly honored fallen nurses with the annual Nightingale Tribute, which includes nurses who died due to COVID-19, with a reading of a poem by Kansas State Nurses Association member Duane Jaeger, MSN, RN (nursingworld.org/nightingaletribute).

Cole noted in her address that nurse innovation thrived during the pandemic. “We [nurses] found ourselves at ground zero, having to innovate and collaborate our way through situations we had never encountered before,” she said. “The crisis inspired nurses to bring their ingenuity to solve everyday problems affecting COVID-19 patients and the hospitals treating them.”

Cole cited ANA’s commitment to building a culture of innovation with initiatives like the See You Now podcast, virtual Innovation Lounges, the ANA Innovation Awards, and other projects in development.

In addition, Cole reflected on nurses’ experiences over the past 15 months and looked to the future. “We are rethinking our roles as nurses, especially after COVID-19,” she said. “The respect we gained in the public eye during the pandemic has empowered us. Now we must build on these accomplishments, so the value of nursing is better understood and remembered well after the pandemic fades.”

—Elizabeth Moore is a writer at ANA.

In addition, Vice President Susan Swart, EdD, MS, RN, CAE, of ANA-Illinois, and Director-at-Large, Recent Graduate Marcus Henderson, MSN, RN, of the Pennsylvania State Nurses Association, were re-elected to their 2-year terms on the board of directors.

The voting representatives of the ANA Membership Assembly elected leaders to serve in these positions and on the nominations and elections committee. Voting took place from June 18 through June 24. Terms for all positions will start on January 1, 2022.