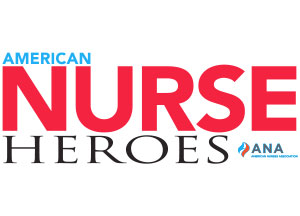 The American Nurses Association (ANA), Al Roker Entertainment, and HealthCom Media, publisher of American Nurse Journal, have joined forces to produce a network television and multi-channel event to celebrate the heroic work of nurses and the positive impact they have on our nation in this time of crisis, and beyond. The campaign, titled “American Nurse Heroes,” will present true stories of nurses on the frontlines of the COVID-19 crisis and more as they strive to deliver high-quality healthcare.

The goal of the campaign is to increase the public’s awareness and appreciation of nurses, while educating viewers on the magnitude of nurses’ work and their positive impact on society and the American healthcare system.

“I’m honored that ANA and HealthCom Media selected Al Roker Entertainment to tell these amazing stories,” commented television personality Al Roker. “As a New Yorker, I am well aware and appreciative of the heroic actions nurses perform daily, let alone during this global pandemic. Their first-person stories are real, authentic, and vital…and give much-needed insight into the frontlines of healthcare. I hope viewers of ‘American Nurse Heroes’ will recognize that we all owe them a huge debt of gratitude.”

ANA Enterprise Acting CEO Debbie Hatmaker, PhD, RN, FAAN, said, “The campaign will also inspire viewers to share stories of nurses who have made a lasting impression on the lives of their families and friends, and encourage Americans to support nurses as pillars of society, make the case to policymakers about the importance of investing in nursing, as well as inspire young people to choose nursing as a career.”

Additionally, viewers will have an opportunity to support the American Nurses Foundation’s nonprofit efforts.

“It is long overdue to tell the stories of these selfless professionals and their impact, especially poignant in this time of crisis,” said Greg Osborne, president and founder of HealthCom Media. “We’re privileged to work with ANA to bring these stories to life across television, online, and print channels.”

Online video vignettes and printed profiles in American Nurse Journal and at myamericannurse.com begin this summer, with a network television event scheduled for later in the year.

In the emergency department, we’re well trained to recognize the signs and symptoms of serious infections—infections that start from an infinitesimally small and undetectable...
Read more
Early Release

Editor’s note: This is an early release of a web exclusive article for the April 2021 issue of American Nurse Journal.  Ten insights inspired by...
Read more
Articles

Equipment accessibility and multifunctionality help ensure program success. Editor’s note: This is an early release of a web exclusive article for the March 2021 issue...
Read more