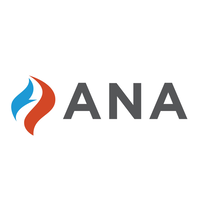 Ernest J. Grant, PhD, RN, FAAN, has been re-elected to a second term as the American Nurses Association (ANA) national president. The voting representatives of ANA’s Membership Assembly also elected four members to the nine-member board of directors. Terms of service will begin January 1, 2021.

“It is with great pride, duty, and purpose that I serve nurses, represent nurses, and advocate on behalf of nurses nationwide,” Grant said. “Throughout history, nurses have responded to every public health crisis, marched for civil rights, and provided patients and communities optimal care. As our nation grapples with the COVID-19 pandemic, racism, and health inequities, nurses are once again demonstrating the resolve, compassion, and undisputed skill that defines our distinguished profession. I am forever proud to be a nurse and to serve our profession in the company of other great leaders.”

These ANA members were elected to serve on the board of directors: Director-At-Large Brienne Sandow, MSN, RN, NEA-BC, of the Idaho Nurses Association; and Director-At-Large, Staff Nurse Amanda Buechel, BSN, RN, CCRN, of ANA-Illinois.

The face: Reflections from a new nurse