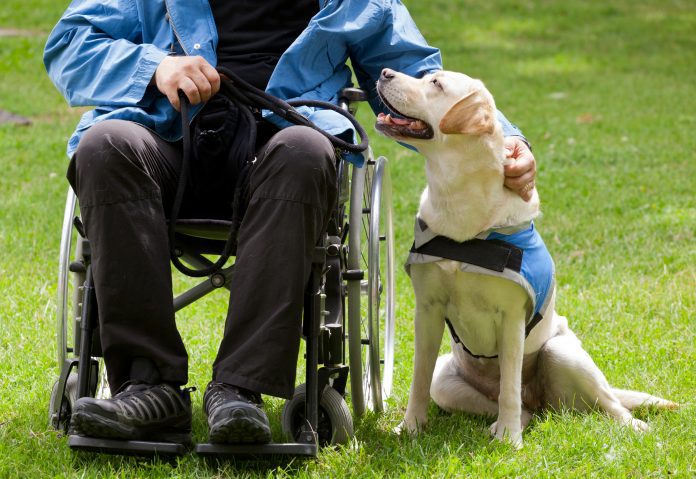 An animal may provide just the benefit patients need.

Prepandemic, I had the pleasure of traveling to the National Institutes of Health (NIH) for a month-long workshop. I was excited to participate, but an incident in the airport briefly tarnished my upbeat mood. While checking my luggage, I saw a woman arguing with an airline employee at the next counter. The employee was explaining to the woman why she had to buy a ticket for her Yorkshire Terrier. The woman was upset and kept asking, “Why can everyone else fly with their pets for free?” The employee explained that only emotional support or service animals can be accommodated without a ticket. The woman became more frustrated but finally paid for the ticket. She walked away saying, “All of these dogs are fake!”

Animal assisted therapy (AAT) is a long-time passion of mine, so it made me uneasy when this woman called all of the animals helping patients “fake.” Use of animals in healthcare isn’t a modern invention. Florence Nightingale mentioned the practice in her Notes on Nursing, writing, “A small pet animal is often an excellent companion for the sick, for long chronic cases especially. A pet bird in a cage is sometimes the only pleasure of an invalid confined for years to the same room. If he can feed and clean the animal himself, he ought always to be encouraged to do so.”

Canine assistants have a long history. The British Red Cross used them during World War I to locate and help injured soldiers. The dogs carried medical supplies and water to injured soldiers so they could treat their own wounds and used the dogs to guide them back to safety. When dogs found a wounded soldier who was unresponsive or immobilized, the dogs ran back to their handlers to alert them. After World War II, the American Red Cross used therapy dogs for recovering military service members at the Army Air Force Convalescent Center in Pawling, NY.

Interest in AAT continued to increase during the 20th century, but it was used most frequently in mental health settings, and its benefits were primarily anecdotal. Gradually, evidence emerged suggesting that AAT may be beneficial to alleviate symptoms of physical illness as well. A classic 1980 research study by Friedman and colleagues showed that pet ownership may increase survival rates after a myocardial infarction. This is one of the first studies suggesting AAT’s physical health benefits. With the increase in evidence since then, AAT is now used in a variety of inpatient and outpatient settings. For example, a study by Miller and Ingram indicates that AAT for postoperative patients may decrease the need for opioid analgesics and increase postoperative activity in general, and a study by Marcus and Bernstein suggests that interactions with animals may substantially decrease pain and emotional distress in patients with chronic pain. In a study of pediatric oncology patients by Osório and Silva, AAT resulted in significantly reduced anxiety and depression. The body of evidence suggesting that AAT may benefit patients with a variety of health conditions continues to expand.

However, several reports reveal that the frivolous use of animals while accessing public travel, hotels, or dining facilities continues to increase. This involves not only dogs and cats, but in some cases birds, reptiles, and insects. Untrained animals may become a nuisance for the public and in some cases even cause physical harm. In June 2017, an emotional support animal attacked a passenger on a Delta flight, leaving him with facial lacerations that required 28 stiches. Incidents like this may create public concern about the legitimacy of all animals helping people with physical or emotional conditions.

Despite these negative reports in the media, a 2017 survey by Schoenfeld-Tacher and colleagues suggested that public perception of the use of animals in healthcare is favorable overall. However, the survey also revealed confusion when participants were asked to describe the different types of support animals.

The three distinct categories of animals providing support to patients in a variety of settings are service, therapy, and emotional support. (See Healthcare animal differences.)

Therapy animals are used in AAT, which is considered part of animal assisted activities (AAA). AAT is always structured around specific patient treatment and recovery goals, whereas AAA has a direct impact on a patient’s quality of life. AAA may include therapeutic activities of AAT, but it also includes less-structured activities with motivational, recreational, or educational purposes. (See Pet Partners.)

Pet Partners is one of the few organizations that has established a formal framework and registration program for animal assisted therapy. It has a rigorous vetting process that includes a course for handlers, veterinary screening for the animal, and a formal evaluation of the team (handler and animal). In addition, handlers must complete a background check.

Emotional support animals may help alleviate psychological or mental health disabilities without engaging in a specific task. These animals have limited access to public and private establishments, but they’re permitted in public and private housing, as described in the Fair Housing Act (FHA). The FHA specifies that individuals who have emotional support animals may need to present documentation from healthcare providers to support the claim that the animal is alleviating a disability.

Public awareness of animals in healthcare is gradually improving, but some industries, such as airlines, are introducing more regulations to address animal-related issues. Most airlines currently allow only dogs and cats to fly in the cabin as service animals. Delta airlines also allows miniature horses. Travel with service and support animals is regulated by the Air Carrier Access Act, which states that airlines may only require documentation for emotional support animals; handler verbal assurance is considered sufficient for service animals.

The benefits of AAT and AAA in healthcare settings are undeniable, but the practice still doesn’t have widespread acceptance. These services are more common in large urban healthcare centers, while rural communities may be deprived of the benefits of these interventions. Some claim that this disparity is related to difficulty finding and training animals in rural settings. This notion may be somewhat detached from reality because most animals—pets and farm animals—live in rural communities.

Adopting evidence-based practices for service animals presents unique challenges and opportunities in the right settings and may replace, enhance, or complement existing policies. Nurses always have been willing to adopt innovation and serve as patient advocates. Patients in all settings may benefit from AAA or AAT, and adopting these services may result in faster recovery, decreased opioid use, improved overall patient well-being, and overall higher care quality.

Nurses can serve as champions to introduce AAA to patient care stakeholders and help develop policies and procedures—including such for patient safety and infection control—in collaboration with local AAA programs. Facility guidelines should include the following:

Nurses attempting to implement an AAA program may meet some resistance in high-acuity settings; however, programs have been successful in a variety of these settings, including pediatric oncology (Osório and Silva) and inpatient traumatic brain injury rehabilitation units (Gocheva and colleagues). In addition to improving patient care outcomes, emerging evidence from Ginex and colleagues suggests that AAA may decrease burnout among nurses.

While waiting for a connecting flight home from my trip to the NIH, I noticed a boxer puppy wearing a “service dog in training” vest. (Boxers, by the way, make excellent service and therapy dogs). The dog didn’t look fake. She was a true working animal who knew her purpose. Although she was probably only 3 or 4 months old, she was following the handler’s command to heel through the crowded concourse and didn’t seem to be distracted. The sight of this boxer puppy moving so intentionally through the busy airport was a perfect ending for my trip and further proof that animals play an important role in our lives when we’re healthy and when we’re not.

Alex Sargsyan is an assistant professor in the College of Nursing at East Tennessee State University in Johnson City.

Artz B, Davis DB. Green care: A review of the benefits and potential of animal-assisted care farming globally and in rural america. Animals. 2017;7(4):31.

Firozi P. An ‘emotional-support dog’ attacked him on a flight. He’s suing Delta and the owner. The Washington Post. May 29, 2019. washingtonpost.com/transportation/2019/05/29/an-emotional-support-dog-attacked-him-flight-hes-suing-delta-owner/?noredirect=on

Marino L. Construct validity of animal-assisted therapy and activities: How important is the animal in AAT? Anthrozoös. 2012;25(suppl 1):s139-51.

Nightingale F. Notes on Nursing: What It Is, And What It Is Not. New York City, NY: D. Appleton and Company; 1860.

Osório FL, Silva NB. The impact of animal-assisted therapy in the context of pediatric oncology: Results of an experimental study. Eur Psychiatry. 2017;41(suppl):S738.