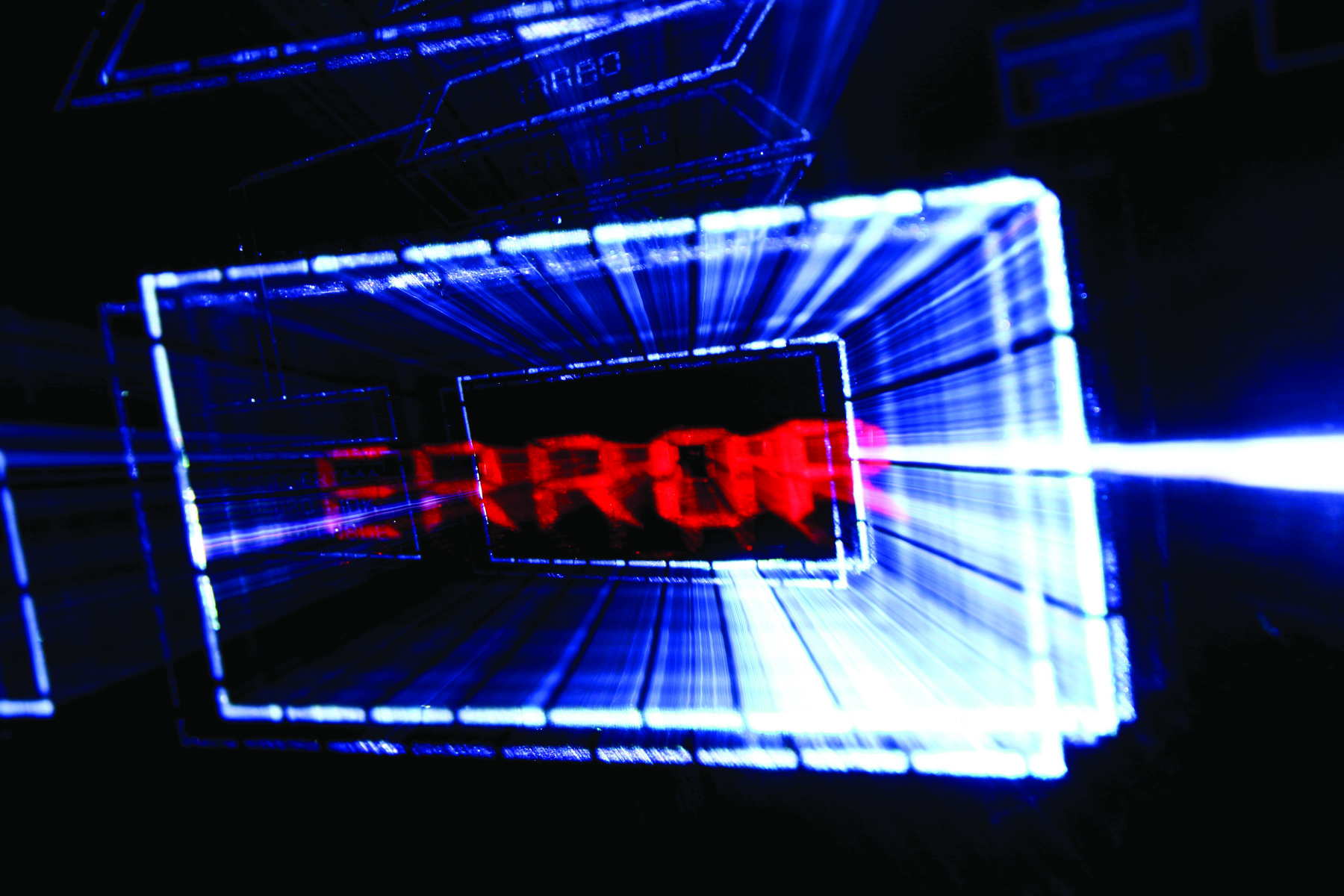 Are extended work hours worth the risk?

Jerry, a critical care nurse, is proud of his organizational prowess. He always lays out his infusion bags and piggybacks in order of their scheduled administration. One night, 10 hours into a 12-hour night shift, he is set to administer the antibiotic levofloxacin to Mrs. Jackson, a patient who’s also receiving vasopressors. He picks up the next bag in his lineup and hangs it to infuse over 1 hour. Shortly afterward, he notices her blood pressure rise rapidly to a dangerous level. After several minutes of titrating her vasopressor dosages, checking her blood pressure, and wondering why it suddenly changed, he realizes the drug he’d just given was levophed, a potent vasopressor she was already receiving—not the antibiotic he thought he was administering.

For decades, nurses have worked long hours—many of them never giving a second thought to their own fatigue. In many hospitals, staffing guidelines routinely offer 12-hour shifts as the norm, with some nurses filling in shortfalls and working 16 hours or more.

How can nurses keep up with the physical and mental demands of these long hours while battling fatigue? Industrial research over much of the 20th century indicates worker productivity declines significantly after 10 to 12 hours of work. Is it time to reconsider whether 12-hour shifts are ideal for ensuring safe patient care? Is patient safety the trade-off for helping nurses achieve a life-work balance? After 20+ years of widespread use of 12-hour shifts, nurses are asking these questions, and the answers have sparked great debate.

The 12-hour workday is nothing new. In factories and other industrial settings, it was the norm for more than a century in this country. On May 1, 1886, labor unions organized a 1-day nationwide strike in support of the 8-hour workday. As a result, several hundred thousand workers were able to reduce their work hours to 8, and many more unemployed persons were able to find jobs. In 1938, the U.S. Fair Labor Standards Act defined the allowable number of work hours per week.

Historically, nurses have worked various shifts, from early days when they slept in wards near their patients to the standard 8-hour day adopted after World War II. The increasing nursing shortage gave hospitals the opportunity to offer part-time schedules and different shift lengths to help retain nurses suffering job burnout by offering 8-hour shifts. Working seven shifts on and seven shifts off, weekends with full-time pay and benefits, and 12-hour shifts allowed nurses to choose one hospital over another based on work schedules.

Nurses’ work schedules are based on the needs of the patient population. Hospitals and long-term care facilities need nurses 24/7. Scheduling work hours, days off, and breaks during shifts are major challenges for nurse managers. Today, 75% of hospital nurses work 12-hour shifts. From a managerial perspective, 12-hour shifts mean fewer shifts to schedule; only two daily shifts need to be covered and only two daily handoffs are needed. Today, many nurses can self-schedule their work hours, giving them the flexibility to accommodate family obligations and personal time.

Too tired to be safe?

Fatigue and sleep deprivation are linked to decreases in vigilance, memory, information processing, reaction time, and decision making. Someone who works a 12-hour shift and has a long commute may need to stay awake for up to 18 consecutive hours. According to U.S. Army studies, staying awake for 17 hours is functionally equivalent to having a blood alcohol concentration (BAC) of 0.05%; staying awake for 24 hours equates to a BAC of 0.10%. (In most states, it’s illegal to drive with a BAC of 0.08% or higher.) Nurses who work a 16-hour shift may need to stay awake for up to 19 or 20 hours, especially if they have a long commute. Loss of even one night’s sleep can lead to short-term memory deficits and impaired cognitive functioning. (See Extended work hours: What the studies show by clicking the PDF icon above.)

Other professions have recognized and addressed the link between fatigue and safety.

Yet even these restrictions aren’t enough to avoid fatigue. Nurses who don’t get enough sleep or who drive when drowsy are jeopardizing not just the safety of patients but of themselves and others. According to the National Highway Transportation Safety Administration, sleep deprivation is the main cause of drowsy driving and accidents due to sleep debt. Drowsy driving causes about 100,000 automobile accidents annually. In Minnesota, a nurse struck and killed a young woman who was pulling weeds along the highway. The nurse had fallen asleep driving home after working the night shift. She’d worked from 7:30 PM to 8:00 AM in the 2 days before the accident and had slept a total of 8 hours in 3 days. She was less than 60 seconds from her home at the time of the fatal accident.

Near-misses also are attributed to drowsy driving and are five times more likely to occur after the driver has worked a long shift. After being pulled over by a policeman after her 24-hour shift, a neonatal nurse practitioner said, “I was informed by the officer that I was weaving so badly that all of the truck drivers south of the city had reported that I was a drunk driver.” She was fortunate she was pulled over before she hurt herself or others.

In a study of 1.3 million German workers’ compensation claims, employee injuries increased exponentially after the 9th hour of work and occurred more often in evening- and night-shift workers. A meta-analysis of injury data from several studies of American healthcare workers found employee injury risk was 18% higher during the afternoon/evening shift than the morning/day shift, and 34% higher during the night shift.

Longer shifts also increase nurse burnout and job dissatisfaction. A 2012 study found that the percentage of nurses reporting burnout and an intent to leave their jobs rose as shift length increased. Nurses working shifts of 10 hours or more were up to 2.5 times more likely than those working shorter shifts to experience burnout and job dissatisfaction and to intend to leave their jobs. The same study showed patient satisfaction declined as the proportion of nurses working more than 13 hours increased.

The nursing profession is aging. The 2008 National Sample Survey of Registered Nurses found the average age of RNs was 47. Also at that time, about 44% of RNs were older than 50 and only 9.4% were younger than 30. What’s more, the recent economic recession forced many nurses to postpone retirement until they could afford it.

As we age, our physical tolerance of sleep deprivation and ability to rebound after extended shifts declines. Older workers are more prone to chronic illnesses and have less stamina. And many are caring for aging parents or grandchildren, which may prevent them from getting adequate rest between shifts. Also, the physical demands of providing nursing care for many hours at a time takes a toll, which forces some nurses to retire early or seek positions away from the bedside. In a study comparing performance during 12-hour shift rotations by different age groups, researchers found that compared to their 20-something counterparts, older workers experienced more sleep disruptions and were less able to adjust their circadian rhythms or to maintain their performance over the shift.

What does the future hold?

Many nurses are used to working 12-hour shifts. In fact, most are satisfied with these shifts. For about 75% of today’s nurses, flexible scheduling, fewer shifts to cover per week, and fewer handoffs—coupled with premium wages and more days with family—have made 12-hour shifts the norm.

But the 20-something nurses of the 1980s are now the 50-something nurses of the 2010s. Age, physical stressors, and increased fatigue have taken their toll. Injury risk among nurses and the risk of patient error have risen significantly. Regulatory bodies, nursing associations, and nursing researchers have noted that the risks to patient safety and nurse safety outweigh the benefits of working 12-hour shifts. (See Organizational responses to extended shifts by clicking the PDF icon above.)

Eliminating 12-hour shifts will require a major culture change and face opposition by nurses and administrators alike, so strategies to reduce the negative effects of fatigue need to be investigated. Hospitals should use creative scheduling to reduce the number of consecutive shifts and other factors that overtax nurses’ abilities. Administrators need to consider patient safety when matching staffing needs with nurses’ desired schedules. A scheduling science has been developed to reduce the risks of errors and nurse injuries. Some scheduling software also can identify and avoid potentially risky, fatigue-producing schedules.

Countermeasures to reduce fatigue in nurses include the following:

Let’s ask ourselves and our employers: Are the risks to patients and nurses worth the convenience of 12-hour shifts? Extended work hours haven’t eliminated the nursing shortage. Baby boomers are reaching retirement age in large numbers and aren’t being replaced at the same rate. Let’s think creatively and globally about scheduling while keeping patient safety, nurse safety, and job satisfaction in the forefront.

Editor’s note: To learn more about the effects of fatigue, view the free online course “Shiftwork Sleep Disorder: The Role of the Nurse”.

Terri Townsend is a medical-surgical staff educator for Community Hospital Anderson in Anderson, Indiana. Pamela Anderson is an Adult Nurse Practitioner at CORVASC in Indianapolis, Indiana, and an instructor for the Ball State University School of Nursing in Muncie, Indiana.