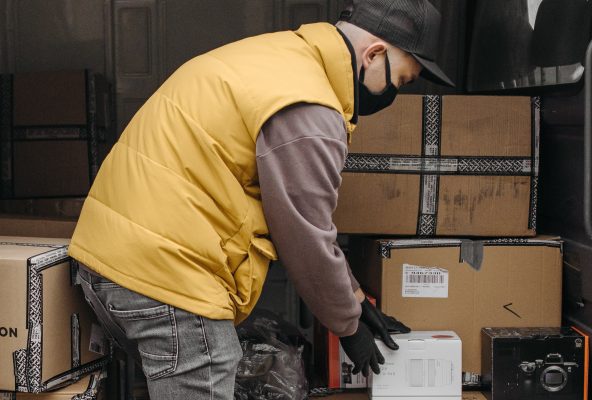 Overweight shipping clerk Bill Tiermann, age 25, presents to the occupational health nurse at his factory complaining that he “just pulled something.” He says he is having back pain that radiates down his left leg, and requests “something for pain.”

Approximately 80% of American adults have low back pain at least once in their lifetime. Pain of muscle origin typically comes on gradually after muscle strain. Usually, it’s self-limiting and improves with rest and time. In contrast, pain from a disc herniation can have a sudden onset and an immediate maximum intensity. Classically, it is sharp and well localized and radiates distally below the knee.

The nurse obtains the patient’s history to help accurately determine the nature of his injury. He rates his pain as 8 on a 0-to-10 scale, describing it as sharp and radiating into the foot. He says it came on suddenly about 20 minutes earlier when he was lifting heavy boxes.

After confirming he didn’t suffer trauma (as from a direct blow to the back), the nurse performs a physical assessment. A negative urine dipstick for blood and absence of costovertebral tenderness help rule out a urologic cause. She assesses his deep tendon reflexes as normal at 2+, but notes that his muscle strength is 4+ in the left leg and 5+ in the right leg.

Next, she administers the straight-leg raising test, a classic test for disc herniation. With Mr. Tiermann in a supine position, she instructs him to raise one relaxed leg with the knee extended until back pain occurs; then she asks him to dorsiflex that foot. A negative finding is no pain or only mild back pain. A positive (abnormal) finding is inability to raise the leg more than 30 to 60 degrees without pain, or radiculopathic pain that radiates down the involved leg with dorsiflexion. This finding indicates nerve root irritation because these actions put pressure on the lumbosacral nerve root. Pain in the involved leg when elevating the uninvolved leg also suggests a herniated disc.

Mr. Tiermann has a positive test result, leading the nurse to suspect he may have significant disc herniation. She sends him to the nearby hospital.

At the emergency department (ED), he is treated with positioning (the head of his bed is elevated 30 degrees and his knees are flexed), intermittent local ice application, and hydromorphone. The ED nurse begins serial neurochecks. While waiting for his magnetic resonance imaging (MRI) scan, she notes his left leg is now at 3+ muscle strength, with the right leg still 5+. She also sees his sheet is wet with urine. When she asks him about this, he says his groin is numb and he wasn’t aware of his incontinence.

Based on these findings, she suspects he has cauda equina syndrome, in which nerve roots at the bottom of the spinal column are significantly compressed or inflamed, as from central disc herniation or certain other conditions. In this syndrome, the classic constellation of neurologic symptoms includes severe or progressive neurologic deficits (such as inability to walk due to motor weakness or numbness of the perineal or perianal area), new onset of bladder or bowel dysfunction (commonly presenting initially as urine retention, increased urinary frequency, or overflow incontinence), and “saddle” anesthesia (bilateral buttock numbness).

The nurse notifies the ED physician, who expedites the MRI scan. Results show a herniated disc with cord compression. Emergency surgery is performed. Mr. Tiermann’s postoperative and rehabilitation course are uncomplicated and he returns to his full-time job.

Mr. Tiermann’s nurses noted several red flags for cord compression and cauda equina syndrome. Their thorough assessment and prompt response ensured that he received the care he needed to avoid what could have been permanent neurologic damage.

Polly Gerber Zimmermann is an associate professor in the Department of Nursing at Harry S. Truman College in Chicago, Illinois.