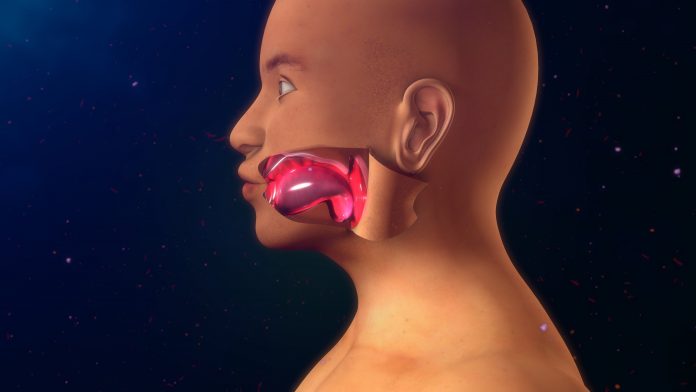 Marcus Green* is a 45-year-old Black man with a 5-year history of hypertension who takes his blood pressure medication on the way to work. About 20 minutes after taking it this morning, his tongue begins to feel heavy and his lips and tongue begin to swell. He drives himself to the emergency department (ED).

Mr. Green is alert and oriented, but he’s becoming increasingly anxious and his lips and tongue continue to swell. Jane starts ECG monitoring; inserts an 18-gauge peripheral I.V. in his right arm; and administers epinephrine, methylprednisolone, and diphenhydramine, as ordered, but without effect.

After two unsuccessful intubation attempts, the anesthesia provider administers glyco­pyrrolate 0.2 mg I.V. to decrease Mr. Green’s excessive bronchial secretions and prevent broncho­spasm. Mr. Green remains alert and cooperative and the airway is secured nasally with an endotracheal tube. He’s immediately given propofol 200 mg I.V. as a general anesthetic, and the respiratory therapist places him on a ventilator. Mr. Green is taken to the ICU where his angioedema subsides in 4 hours and he’s extubated 24 hours later. He’s discharged home 3 days later, and his provider prescribes losartan, an angiotensin-receptor blocker.

Angiotensin-converting enzyme (ACE) inhibitors such as lisinopril can cause bradykinin-induced angioedema (increased release of the enzyme bradykinin, which can cause increased tissue permeability with dilatation of the vessels and swelling). In the United States, 30% to 40% of angioedema diagnoses in the ED are related to ACE inhibitors, with 0.1% to 2.2% being life-threatening.

Typical signs of angioedema related to ACE inhibitors include lip, face, and tongue swelling without rash or itching. However, the larynx and pharynx also can be involved. In most cases, angioedema resolves without complications in a few days, but Mr. Green’s respiratory manifestations made prompt treatment essential.

No standardized treatment for bradykinin-induced angioedema exists, but the off-label use of FFP has been shown to be an effective treatment for severe episodes. Brady­kinin responds to the kininase II in FFP, which is identical to ACE.

Unfortunately, in one reported case, despite a patient receiving epinephrine, methylprednisolone, and diphenhydramine, followed by I.V. FFP, their symptoms progressed and 2 hours later intubation was required, as was the case with Mr. Green. Therefore, nurses should follow the research in this area. AN

*Name is fictitious. To view a list of references, visit myamericannurse.com/?p=71927.

Veronica Y. Amos is an assistant director of the nurse anesthesia program and assistant professor at the University of Maryland School of Nursing in Baltimore.