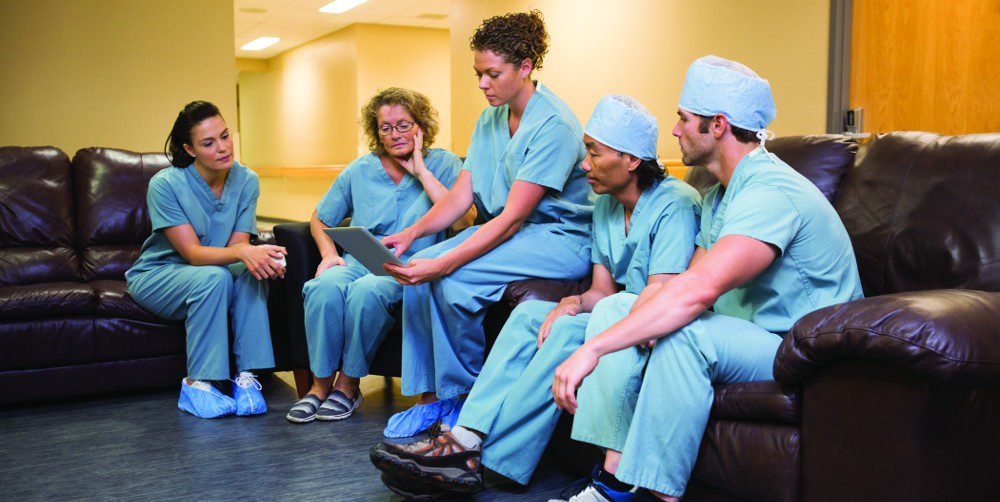 Nick Chase is an emergency department (ED) charge nurse. He and Michelle Stanley have worked together for the past 3 years. Their relationship has always been what Nick describes as “very rocky.” Nick was given the charge nurse role 1 year ago with only 2 years of nursing experience. Although Michelle isn’t interested in being in charge, she has complained to others about Nick’s lack of experience and immaturity. At times, Michelle demonstrates bullying behaviors toward Nick and continually questions leadership decisions that he makes while in his charge nurse role. Clinically, she is a very good nurse. Nick relies on her expertise to care for very acutely ill ED patients. He had hoped that over time he would gain Michelle’s confidence and respect but this hasn’t happened. When Nick and Michelle are scheduled to work shifts together, the atmosphere on the ED team is tense. Nick has hesitated to discuss the situation with his nurse manager. He has felt that as a leader, he should be able to manage the conflict and establish a better working relationship with Michelle.

The dilemma that Nick is confronted with in the scenario above isn’t uncommon. One of the most significant challenges that nurses face in their work is the management of conflict. In today’s environment, nursing teams are composed of staff from different backgrounds with divergent values, attitudes, and beliefs. These differences can and do lead to conflict. If not managed well, conflict can become a patient-safety issue in healthcare environments.

Carefronting is an important competency for nurses that can help them to resolve conflict and create healthier work environments.

The term carefronting was coined by David Augsburger, a professor of pastoral care, more than 3 decades ago. Dr. Augsburger believes that conflict is to be expected. It’s the way that it’s managed that affects relationships. Too often in conflict management, situations become confrontational. Respect and concern for the individuals involved aren’t considered, and participants in conflict feel personally violated.

Carefronting takes a different approach to managing conflict. In carefronting, the overall goal is to attain and maintain effective, productive working relationships. Carefronting is a method of communication that entails caring enough about one’s self, one’s goals, and others to confront conflict courageously in a self-asserting, responsible manner.

Betty Kupperschmidt, an associate professor of nursing at the University of Oklahoma Health Sciences Center, has been a pioneer in bringing the concept of carefronting to nursing practice. In her work, she describes seven basic tenets of carefronting. We will use Nick’s situation in his conflict with Michelle to provide an illustration of how these tenets can be applied in the practice setting.

Identifying truths from different viewpoints is important if conflict is to be managed sensitively. When “truthing it,” Nick would need to demonstrate the willingness and ability to listen to Michelle’s viewpoints with empathy and a desire to understand. This will take courage and humility. Some of what he will hear may be hurtful. He needs to listen carefully, so he hears accurately what Michelle tells him. It’s also important that Nick is honest about his own feelings and attitudes. Michelle’s bullying and lack of confidence in his leadership have been stressful and are affecting staff teamwork. Throughout the discussion, Nick’s behavior needs to demonstrate that he cares about their relationship.

2. Owning anger—Let both your faces show

Nick undoubtedly feels some anger toward Michelle for her unwillingness to accept him in the leadership role. Michelle may feel angry about Nick’s selection for the position and lack of experience. Anger is a natural part of conflict. When acknowledged in a constructive way, it can be a positive and self-affirming emotion. When one feels ignored or rejected, the normal response is anger. Nick would want to let Michelle know that the situation has been upsetting to him. Letting Michelle know this will make her more aware that Nick is a person of worth and should be respected. Nick and Michelle both have to accept responsibility for choosing how they have responded and reacted to one another during the conflict.

A key principle in carefronting is that those in the conflict are invited to participate in changing the situational dynamic. Nick would invite Michelle to participate in changes that could improve their relationship but he would not demand it. When leaders like Nick invite change, they need to focus on the behaviors that they would like to see changed. This should be presented based on observations, not conclusions. Nick needs to be specific in his descriptions so they don’t appear judgmental. Ideas for change should be presented for discussion in a way that encourages the discussion of alternatives. Nick would want to avoid statements such as, “You need to improve your attitude.” Change should be invited by carefronting in a caring manner, one that is clear but gentle and constructive.

Trust is the foundation of effective relationships. High trust environments correlate positively with high degrees of staff engagement, commitment, and organizational success. Trust is essential in work relationships but can quickly erode in conflict situations. As a leader, Nick needs to learn to confront situations openly, frankly, and responsibly. He should approach this and other conflicts with the viewpoint that the other person will assume his or her responsibility to be equally honest and frank. Although he may not feel a great deal of trust in Michelle at this point, he will need to work hard to build a trusting relationship.

5. Ending blame—Forget whose fault the conflict is

Assigning blame in a conflict inevitably evokes resistance and resentment. Carefronting ends the blame game. To move forward in conflict, Nick will need to put aside any feelings that Michelle is responsible for the conflict. By ending the blame game, he can then talk with Michelle and ask the following questions:

6. Getting unstuck—The freedom to change

Getting unstuck means owning the responsibility for one’s role in the conflict. It also involves refusing to waste time assigning blame. Nick and Michelle have worked with each other for 3 years. Their conflict has a long and rocky history. The freedom for both of them to change will only come if they are able to get unstuck from past behaviors and feelings. A release from this toxic situation, and all of the negative feelings involved, could be quite liberating for Nick and Michelle.

Nurse leaders who are peacemakers are caring people who take the risk to be present in conflict no matter how difficult. This won’t be an easy role for Nick to assume but it’s important that he works to be a peacemaker in this conflict. To do this, he will need to value Michelle and at the same time understand his own values. Conflict usually involves some compromise. There are always multiple viewpoints in every conflict that need to be appreciated.

The use of carefronting is especially important in healthcare settings where team synergy and interdependence are required for high quality and safe patient care. Relationships on healthcare teams live within the contexts of conversations that team members have, or don’t have with one another. For Nick to create the type of teamwork that is needed in the ED, he needs Michelle to support his leadership and open better lines of communication. Will carefronting work in every situation? Probably not, but it’s worth trying. When it works, it can lead to remarkable changes in relationships, which ultimately impact the quality of patient care.

Rose O. Sherman is an associate professor of nursing and director of the Nursing Leadership Institute at the Christine E. Lynn College of Nursing at Florida Atlantic University in Boca Raton, Florida. You can read her blog at www.emergingrnleader.com.

Kupperschmidt B. Addressing multigenerational conflict: mutual respect and carefronting as a strategy. Online Journal of Issues in Nursing. 2006.