Caring for patients with special needs—Share your stories 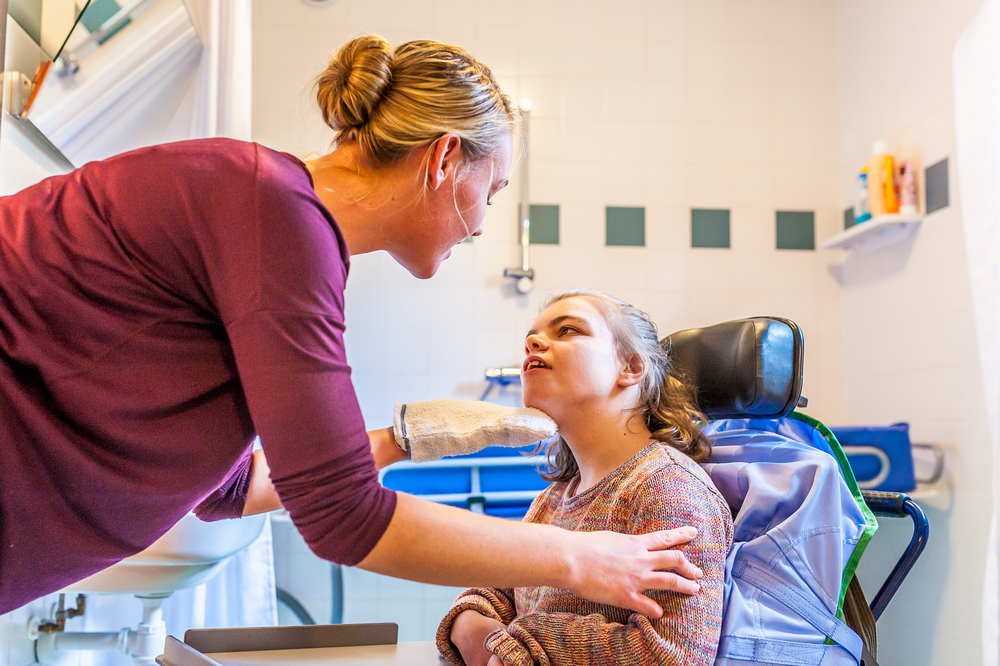 This month, I’m going to be paying attention to nursing and patients with special needs, with an emphasis on developmental and intellectual disorders. I’ve found some articles I’d like to share with all of you, and I’ve interviewed a nurse who’s the director and co-founder of a center for children and young adults with autism spectrum disorder.

Most of all, though, I’d like to share your stories. I have no doubt that your colleagues will have a lot to learn from your experiences. Email your story to me at jcullen@healthcommedia.com. Don’t worry about whether you think you’re a good writer. Your experience and insights are what matter most. I’ll share as many stories as I can throughout March.

To get us started, here’s a scenario that was included in an article published in American Nurse Today about pain and patients with intellectual disabilities. (Names are fictitious.)

“How would you rate your pain today?” the nurse asks Michael, age 21. Along with autism spectrum disorder (a pervasive developmental disorder), he has intellectual and other disabilities. Michael has been diagnosed with a cancerous tumor about 6 cm in size, which occupies most of his nasopharyngeal cavity. He looks at the pain scale chart and answers in a soft voice without changing expression, “It’s a 10.”

Throughout his life, Michael has exhibited many atypical responses to pain. As a young child, he never cried when he drove his tractor down brick steps; instead, he became angry at the tractor. As a preschooler, he occasionally had ear infections that went undetected until family members noted blood and pus running down from the ear. Because he had multiple severe respiratory infections, he commonly had facial flushing associated with a fever. With careful observation and after several more ear infections, family members and caregivers were able to determine if the flushing stemmed from pain or an ear infection.

To an astute observer, Michael’s recent behavior changes might have warned of a serious condition (namely, the nasopharyngeal tumor with which he ultimately was diagnosed). For several months before the tumor was detected, he’d been licking his fingers and then rubbing his ears, causing his ear lobes to look dirty. Also, instead of sleeping through the night, he slept during the day at school. He began rubbing the top of his head and showing changes in movements—increased restlessness and trouble standing still. Sometimes, he collapsed in fatigue. Also, his blood pressure rose and didn’t drop significantly with antihypertensive drugs. Only when the tumor was well advanced did he occasionally show distress through his facial expressions.

For Michael, who expressed considerable discomfort and refused to eat because of pain, one physician prescribed liquid morphine. This choice was inappropriate because Michael was experiencing stomatitis due to chemotherapy, and alcohol and sugar in the morphine syrup base caused even more discomfort. He was switched to acetaminophen for several months, until increasing complications necessitated a switch to hydrocodone with acetaminophen; when Michael could no longer swallow, he was put on a fentanyl patch.

Interestingly, Michael’s own choice for pain relief was a warm bath. Perhaps the bath eased his pain by helping him relax, or maybe it distracted him from the pain.

You can read the full article here. And be sure to email your experiences to me at jcullen@healthcommedia.com.