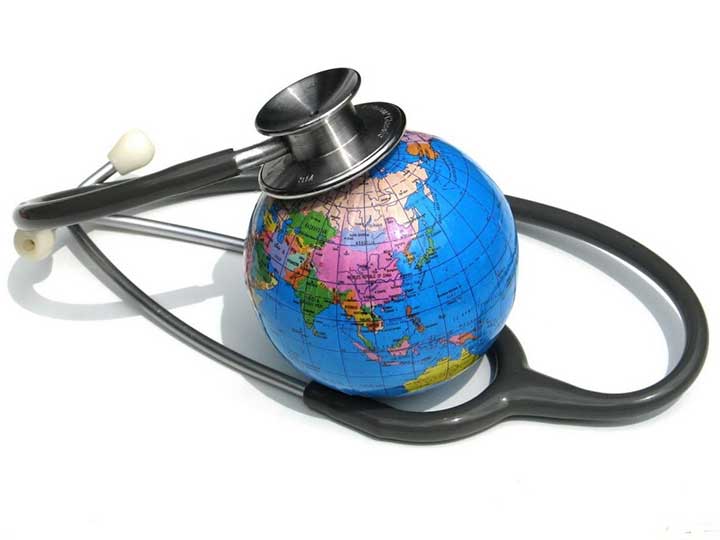 Rear Admiral Carol A. Romano, PhD, RN, FAAN, is the Assistant Surgeon General and Chief Nurse Officer for the United States Public Health Service (USPHS). Since her appointment to these prestigious positions in November 2005, she has overseen a wide range of national initiatives from disaster response to childhood obesity. In February 2008, she was appointed Acting Chief of Staff for the Office of Surgeon General. During her 37-year career, Romano has worked for the federal government in several different roles—initially as a civilian nurse and then as an officer in the USPHS Commissioned Corps.
The Office of the Surgeon General oversees the operation of the 6,000-member Commissioned Corps of the USPHS and is responsible for providing Americans with the best evidence-based information on ways to improve their health and reduce the risk of illness and injury. One of seven uniformed services, the Commissioned Corps and its members serve in a range of public health-centered programs across the nation and abroad.
In a recent interview, I asked Romano about her nursing experience and her federal roles and priorities.

Q: What led you to a career in nursing and, more specifically, a career within the federal government?
I finished high school in the 1960s, and at that time there weren’t many opportunities for women. My parents always encouraged me to select a career that was useful. I chose to become a nurse, even though my high school counselors kept saying to me, “Oh, you’re so smart. Too bad you’re going into nursing.” At the time, I was aware of ANA’s 1965 position recommending a BSN for entry into practice, but my parents couldn’t afford to send both my twin sister and me to college. We both decided to study at Geisinger Medical Center in Pennsylvania, which was known as the “Mayo Clinic of the East.” I felt that after I received my diploma, I would work and earn my BSN.
While I was at Geisinger, I spoke with a nurse recruiter from the National Institutes of Health (NIH) Clinical Center (part of the U.S. Department of Health and Human Services [HHS]). Because this was a research hospital, nurses had the opportunity to develop new science, and that sounded really exciting to me.
I started at the NIH Clinical Center in 1971 as a clinical research nurse. My first assignment was on an oncology unit during the early days of chemotherapy. With the mentorship of a clinical nurse specialist, I developed strong clinical skills. And as a new graduate, I learned the importance of accuracy and precision in nursing observations and data collection. If you lose a urine sample, for example, it could throw off an entire research study.
While earning my graduate degrees at the University of Maryland at Baltimore, I also became involved in a program at NIH in 1975 to convert the research center’s documentation from paper to an electronic record. We were the fourth hospital in the country to implement an electronic medical record and one of the first—if not the first—to incorporate the nursing process. One of my NIH roles then became to train clinicians on this new system. I knew that nurses manage information flow, so it was important that RNs influence the development and implementation of systems. I also helped to create the graduate program in informatics at the University of Maryland and develop the certification program on informatics for the American Nurses Credentialing Center.
When I first started working for the federal government, I didn’t know that you could serve in many of the same nursing roles but as an officer in the Commissioned Corps. When I finally became an officer in 1986, I thought, “Why doesn’t everybody do this?” Not only are the benefits and career mobility really good, but you’re working for the health of the nation.

Q: Can you describe your role as Chief Nurse Officer and Assistant Surgeon General?
There are many components to my role, and I can be focusing on any one in a given day. I oversee federal public health nursing services and work with the chief nurses from military branches on all issues that affect nurses within the federal system—from patient care to career development to the workplace environment. I also collaborate with other nurse leaders from federal agencies to ensure the consistency of our policies and procedures and scope of practice, as well as engage in efforts to recruit and retain the 4,000 nurses—including the 1,400 who are in uniform—who support the mission of HHS. There are many opportunities for nurses in clinical, research, and educational roles within HHS and other federal agencies, such as the Bureau of Prisons, Homeland Security, and Immigration Services.
In addition, I work with HHS programs such as NIH and the Centers for Disease Control and Prevention to develop and deploy nurses for global efforts related to public health. I also serve as the liaison with chief nurses at state health departments, assisting them with obtaining federal support to build the public health infrastructure, for example.
Another dimension of my role as Chief Nurse Officer is to serve as the national nursing representative at World Health Organization meetings and events.

Q: What are your priorities as Assistant Surgeon General?
Assistant Surgeon General means I wear the rank of a one-star rear admiral. With that rank I have two roles—Chief Nurse Officer and Chief of Staff for the Office of the Surgeon General. I advise Surgeon General Steven Galson, MD, MPH, about nursing issues and concerns, as well as the important role RNs play in improving health. This role also allows me to spread the message of public health.
The goal within public health is to create conditions in which people can be healthy. We need to put our efforts on the front end to avoid preventable diseases and conditions. One of our current major campaigns is aimed at preventing childhood overweight and obesity. The number of overweight children has tripled in this country in the past few years. We are currently coordinating outreach efforts by the Surgeon General to highlight our educational programs regarding proper nutrition and exercise.
Another major priority is preparedness for all-hazards events. Much of my responsibility in this area involves the education of nurses and volunteers on preparedness, increasing awareness of opportunities in the Medical Reserve Corps (www.medicalreservecorps
.gov/HomePage), and helping USPHS officers with readiness standards. Our surge capacity is really a function of how well prepared our nurses are to perform screenings and provide care needed—no matter which agency or setting they work in.
During hurricanes Katrina and Rita in 2005, the USPHS Commissioned Corps deployed more than 2,000 officers to provide leadership to local workers, provide care in shelters, administer immunizations, and address mental health issues of area residents.
Another major priority within the Office of Surgeon General is elimination of health disparities by ensuring better access to care, targeted research, and community education. We need to improve the health literacy of all of our people. I want to ensure that our workforce is culturally competent, able, and willing to work with all populations, as well as in underserved areas. I’m also focusing on building a strong minority recruitment and retention program within the USPHS.

Q: How can nurses help in public health efforts?
One way is to consider a career in the Commissioned Corps (www.usphs.gov). Our mission is very powerful: to protect, promote, and advance the health and safety of the nation. It’s a wonderful career choice, because there are many opportunities within public health service: inpatient and outpatient care, epidemiology, clinical research, education, policy development, and quality and safety evaluation.
Nurse officers also can serve on humanitarian and health diplomacy missions, where they can bring their rich skills to help assess and build health care in other countries.
But whatever nurses do, they always can encourage people to make healthy choices. We all own public health.

Susan Trossman is the senior reporter in ANA’s Communications Department.