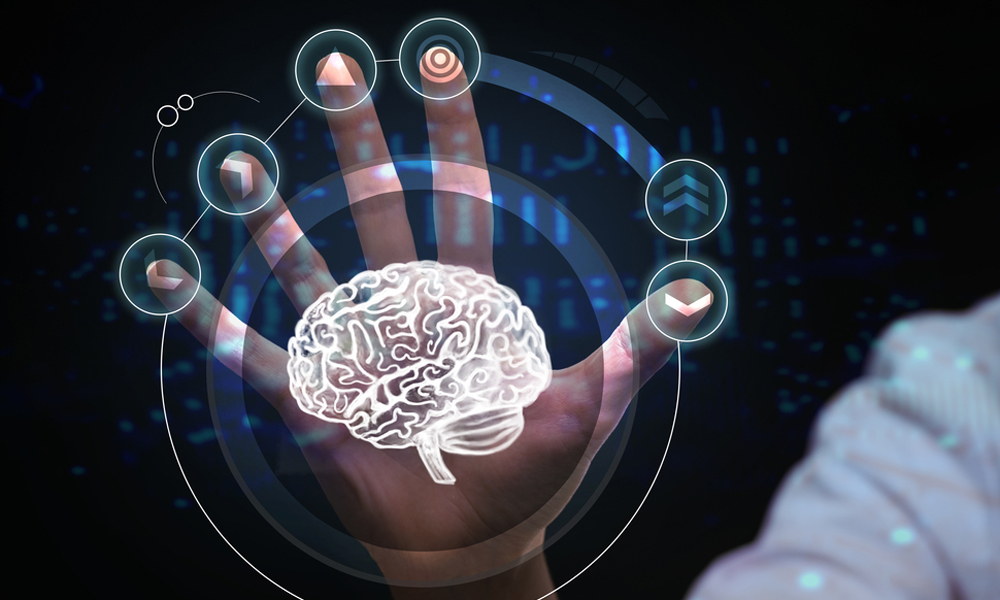 Recently, the media have shone a spotlight on deep-brain stimulation (DBS) for the treatment of neurologically based movement disorders, including Parkinson’s disease and essential tremor. DBS also is used to treat dystonia, the third most common movement disorder. To better care for patients receiving DBS for dystonia, nurses must understand the disorder and how DBS can improve symptoms.

Dystonia causes muscles to contract and spasm involuntarily, due to malfunction of the neurologic mechanism that causes muscles to relax when not in use. Opposing muscles often contract simultaneously, as if competing for control of a body part. These involuntary contractions force the body into repetitive and, in many cases, twisting movements as well as awkward, irregular postures. The disorder may affect a single body area or limb (for instance, writer’s cramp in the hand or blepharospasm in the eyes), or it may be generalized throughout multiple muscle groups.

While generalized dystonias typically have a genetic component, most dystonias are idiopathic. Dystonia occurs in men, women, and children of all ages and backgrounds. Estimates suggest it affects about twice as many females than males. The disorder can cause disability, pain, isolation, social embarrassment, unemployment, and mental distress ranging from mild to severe.

No cure exists, but multiple treatment options are available, including:

Treatment is difficult because it’s based on trial and error. A particular medication may work for one patient but not for another with the same form of dystonia. Also, treatment response typically waxes and wanes.

How DBS can help

A promising treatment for dystonia, DBS involves use of a surgically implanted medical device similar to a cardiac pacemaker that delivers carefully controlled electrical stimulation to precisely targeted brain areas. The right side of the brain is stimulated to address symptoms on the left side of the body, and vice versa.

DBS is one of the most innovative advances in the treatment of neurologic movement disorders in decades. It has provided remarkable therapeutic benefits in dystonia and several other treatment-resistant movement and affective disorders, including chronic pain, Parkinson’s disease, tremor, intractable depression, and other psychiatric disorders.

Although DBS was first used in the late 1980s, the underlying principles and mechanisms remain unclear. DBS directly changes brain activity in a controlled manner. Its effects are reversible (unlike those of lesioning techniques, such as pallidotomies). What’s more, it’s one of just a few neurosurgical methods that allows for blinded studies.

In April 2003, the Food and Drug Association (FDA) approved the DBS Activa® neurostimulator (manufactured by Medtronic) as a humanitarian use device for treating chronic, intractable primary dystonia. (A humanitarian use device is one used for a disease or condition that affects fewer than 4,000 people in the United States each year.)

Although FDA-approved indications for DBS exist, the same isn’t true of consensus-approved guidelines. Experts disagree on patient selection; training of personnel or staff who program the stimulators; how, when, and where programming should take place; how to educate patients, nurses, and physicians about complications; and how to manage complications.

The DBS system consists of three components that are implanted in the body:

The clinician programs stimulator settings with a wireless device programmer, which uses radiotelemetry to check or change neurostimulator settings. Stimulation settings can be adjusted as a patient’s condition changes over time (which is common in dystonia because of its unpredictable progress). Unlike other surgeries, such as pallidotomy or thalamotomy, DBS does not damage brain tissue. Thus, if better treatments are developed in the future, the DBS procedure can be reversed.

DBS generally is performed as a single surgical procedure, with the entire apparatus placed during a 12-hour procedure. In most cases, the patient is awake under conscious sedation so the surgical team can make neurologic assessments as the procedure progresses. Accuracy of electrode placement is confirmed by several tests; patients may be asked to lift their arms or legs or count numbers.

Also, the surgical team listens for the correct nerve cells. The recording electrode “hears” brain cells firing and displays waveforms on a computer. This is the most time-consuming part of the procedure and must be repeated for the left and right sides of the brain. At the end of the procedure, the IPG is implanted in the clavicle area using general anesthesia.

Like any brain surgery, DBS has significant risks, including brain hemorrhage, seizure, stroke, infection, and death. Also, device failure may occur. According to the device manufacturer, the risk of complications is 1% to 5%.

The most serious risk occurs during surgery where microelectrodes are inserted into the brain to determine the best target location. If a microelectrode (or alternatively, the DBS lead), punctures a blood vessel, this can lead to a stroke or stroke-like syndrome, which may cause weakness, numbness, sensory loss, vision problems, and other neurologic problems. Electrode migration, lead breakage, and hardware infection necessitate continuous assessments during lifetime of the hardware. Battery replacement is managed on an outpatient basis every 3 to 5 years. Currently, a rechargeable battery that lasts 9 years can be implanted.

Caring for patients with a DBS system

During recovery time after electrode implantation, patients may feel better than normal. Brain swelling around the electrode tip causes a lesion effect lasting several days to weeks. This temporary effect is a good predictor of patient outcome once the stimulator is implanted and programmed. Nursing staff should monitor the patient overnight for cerebral edema and increased intracranial pressure, and conduct neurologic assessment (including dressing checks) every 1 to 2 hours depending on patient condition, age, and previous medical history.

Usually, patients are discharged home the next day. Postoperatively, they may experience headache (managed with nonopioids), sleepiness, and fatigue. Sutures and staples are removed after initial programming begins 2 weeks later, once cerebral edema has subsided. For many patients, surgery causes relatively little discomfort because the brain doesn’t feel pain. Instruct patients to avoid lifting their arms over their shoulder and excessive neck stretching while incisions heal.

Advise patients scheduled for DBS what to expect before, during, and after surgery. Perhaps the biggest risk of the procedure is that it won’t meet the patient’s expectations. Patients and their families are bombarded with TV stories and video clips of dramatic medical successes, but aren’t necessarily briefed on the reality of reasonable benefits to expect. They require a thorough explanation and comprehensive education on the risks, benefits, candidacy selection process, surgical procedure itself, and post-DBS process. Without formal teaching protocols and standards, patients enter the procedure with high expectations, which may be unrealistic. As a nurse, you can be pivotal in guiding them through this education process.

Patients considering DBS should examine themselves as individuals with dystonia, including their emotional level, expectations, and coping mechanisms. Some patients with long-standing dystonia have the procedure not fully knowing that programming failures, lead fractures, and infections can occur, or that DBS could only minimally improve symptoms. They’re hoping DBS will cure their dystonia, when no cure exists. This sets the stage for disappointment.

Without support from family, patients may find the DBS journey difficult, with many unexpected pitfalls. Preexisting depression may worsen and suicidal thoughts may occur. Thus, periodic mental screening should be initiated and continued through the course of DBS care. Finding a center that uses a team approach to DBS implantation is necessary crucial, too, as these centers typically have better patient outcomes.

As more patients seek DBS for treatment of dystonia and other refractory movement disorders, nurses must be skilled in helping then achieve optimal social, functional, cognitive, and psychological outcomes. Many patients may try to resume life as they knew it before disease onset, seeking employment and performing other daily activities. Nurses also need to be familiar with the Americans with Disabilities Act. Some dystonia patients may need to request accommodations in the workplace, because electromagnetic field exposure can interfere with DBS settings and cause battery depletion. To promote the best possible outcomes, nurses need to develop supportive and advocacy roles for these patients.

Beka Serdans is a private-duty nurse for Access Private Duty Services at Mount Sinai Medical Center in New York City. She is also a consultant for Solstice HealthCommunications in Far Hills, New Jersey. Despite her dystonia, Ms. Serdans is an active healthcare professional and a strong patient advocate. She created Care4Dystonia, Inc. in 2000 to help publicize dystonia. To follow her deep-brain stimulation journey in photos, visit www.parasphotography.com/beka.html.