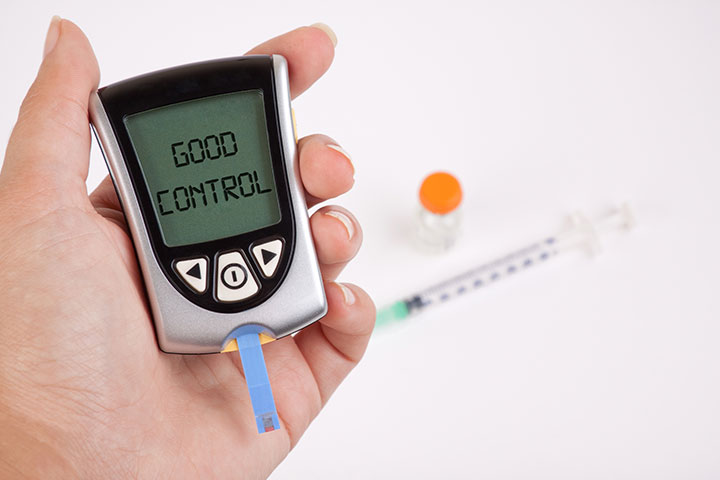 In 1921, Dr. Frederick Banting and his assistant, Charles Best, made a life-changing discovery for people with diabetes. They extracted the hormone insulin from a dog’s pancreas and injected it into a depancreatized dog with diabetes. This dog showed positive results and lived on insulin injections for 70 days. Next, the researchers processed insulin from the pancreas of fetal cows, and soon insulin was available for human use. Diabetes was no longer a death sentence.

The number of people with diabetes is growing exponentially. According to data from the National Center for Health Statistics, 12.6% of adults 20 years or older in the United States have diabetes, but only 9.6% of them have been diagnosed with the disease. Diabetes continues to take a serious toll; for example, it’s the leading cause of microvascular complications that lead to blindness, amputation, and kidney failure.

Preventing these complications requires aggressive management. Since the advent of insulin, many other medications and technologies have been developed to help with this management, including home and continuous glucose monitoring, multiple basal insulins, and new classes of oral and injectable medications. Most people with diabetes now take multiple medications to manage glucose levels and comorbidities. In fact, the average number of medications for a person over 20 years old with diabetes is 5.2. According to the National Health and Nutrition Survey of 2007-2010, 27% of people with diabetes take insulin.

This article provides an update on diabetes medications, focusing on concentrated insulin and noninsulin. (See Pharmacologic options for diabetes management.)

Everyone diagnosed with type 1 diabetes is prescribed insulin. Those who have type 2 diabetes also may need insulin because of declining beta cell function. (See Type 2 diabetes and insulin resistance.) But when large volumes of insulin are injected subcutaneously, inadequate absorption, poor adherence, insulin leaking at the site of injection, and increased drug and supply costs can occur. Concentrated insulins, some offered in multiple versions, can help solve these problems and may improve patient satisfaction and adherence. (See Concentrated insulin considerations.)

Overview: Humulin R U-500 is one of the first concentrated insulins; it’s been available since the 1950s but rarely used until recently in response to the obesity epidemic; obesity can lead to insulin resistance. U-500 is five times more concentrated (1 mL contains 500 units of insulin) than U-100 insu­lin, which means less is needed per injection. For example, 100 units of U-100 requires 1 mL, while the same dosage of U-500 requires only 0.2 mL.

The pharmacokinetics of U-500 resemble both regular and intermediate insulin. It’s clear and has a 30-minute onset, but U-500 stays at peak levels for 7 hours and is available to the body for up to 24 hours. This timing allows U-500 to be used alone to act as both a basal and bolus insulin.

Dosage: Until recently, U-500 required dosage conversion and was difficult to use. To eliminate conversion, it’s now available in a pen (which can deliver up to 300 units in one injection) or a U-500 syringe. If a U-100 or tuberculin syringe is preferred, conversion is required. (See Dosing conversion.) 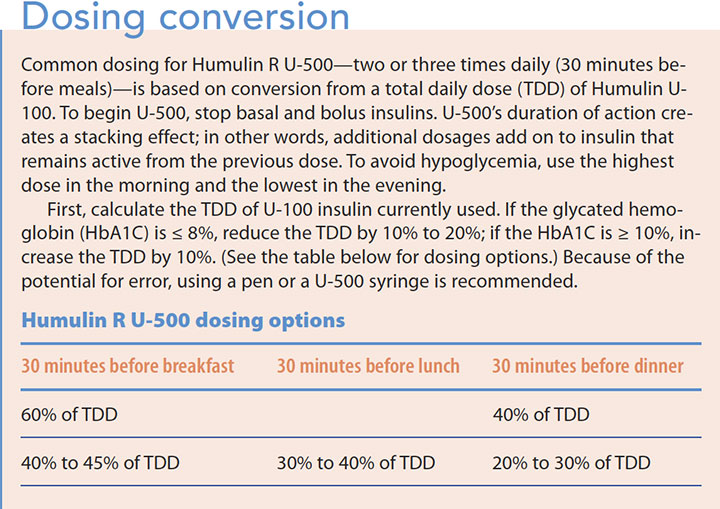 Indications/contraindications: U-500 is indicated for adults and children who require more than 200 units of insulin per day, but few studies exist in the pediatric population. It’s pregnancy category B and approved for use during breast­feeding. An open vial can be used for 40 days, and an insulin pen can be used for 28 days before it must be discarded. U-500 shouldn’t be used intravenously or in an insulin pump, and it shouldn’t be mixed with other types of insulin.

Overview: Glargine U-300 is a long-acting basal insulin three times more concentrated than glargine U-100. Its peak action occurs in 1 to 6 hours, it has a duration of 24 hours, and it reaches a steady state in 5 to 8 days. As the insulin reaches steady state, the patient may require a higher dosage when converting from U-100 to U-300; this requirement may continue in some patients.

Dosage: Glargine U-300 is delivered with an insulin pen that can dial to 80 units; no dosage conversion is necessary. The patient dials the pen to the dosage of U-100 insulin used, and the insulin volume reduces to one-third.

Indications/contraindications: Glar­gine U-300 is indicated for adults with diabetes and is typically recommended for patients who require larger-than-average basal doses. No clinical data exist for use in pregnancy, and whether it’s excreted in breast milk is not known. Other insulins should not be mixed with glargine U-300. An opened pen kept at room temperature can be used for 42 days; unopened pens should be refrigerated until the expiration date and then should be discarded.

Overview: Degludec U-200 is a long-acting concentrated basal insulin that contains 200 units of insulin per mL. Note that degludec also comes in a standard 100 U/mL concentration (degludec U-100); don’t confuse the two.

Degludec U-200’s pharmacokinetics include the longest half-life (25.4 hours) of any basal insulin, and it can last 42 hours. It achieves a steady state in 3 to 4 days, which is the recommended interval between dosage adjustments. U-200’s slow and prolonged effect makes it more forgiving if administration is late or missed. Instruct patients that they shouldn’t administer doses few­er than 8 hours apart.

Dosage: Degludec U-200 is given once daily by subcutaneous injection. It comes in an insulin pen that doesn’t require dosage conversion but will deliver units in half the volume as U-100.

Adults who change from another basal insulin to degludec U-200 should use the same dosage. For children, reduce the dosage to 80% of the previous basal insulin. If someone with type 1 diabetes is insulin naïve, begin with a once-daily dose of 0.2 to 0.4 units/kg. For patients with type 2 diabetes, begin with 10 units once a day and titrate the dosage with adjustments 3 to 4 days apart to allow it to reach steady state.

Indications/contraindications: Degludec U-200 is indicated for any­one over 1 year old with type 1 or type 2 diabetes, but it isn’t recommended for pediatric patients who use less than 5 units daily. No clinical data exist for pregnancy or breastfeeding. Degludec can’t be used in an insulin pump or mixed with other insulins.

Overview: Lispro U-200 is a nonbasal, rapid-acting concentrated insulin. It’s injected with meals and for glucose corrections. Lispro U-200 is bioequivalent to lispro U-100 but delivers the same units in half the volume. It comes in a prefilled 3-mL pen that has a maximum of 60 units per injection. Peak action is 30 to 90 minutes.

Dosage: Dosage conversion isn’t necessary. Lispro U-200 may be helpful to patients who use large amounts of mealtime or correction insulin and find that they run out of insulin pens quickly.

Indications/contraindications: Lispro U-200 is indicated for children and adults, but it hasn’t been studied in children younger than 3 years old. Lispro U-200 should not be administered intravenously, used with an insulin pump, or mixed with other insulins. Use in pregnancy is category B, and it’s compatible with breastfeeding. An open pen can be kept at room temperature for 28 days; unopened pens should be refrigerated until the expiration date and then should be discarded.

Noninsulin medications for type 2 diabetes management include di­pep­­­tidyl peptidase-4 (DPP-4) inhibitors and incretin analogs, such as glucagonlike peptide-1 receptor agonists (GLP-1). Both mimic incretin hormones that are present in the small intestines of healthy people. These hormones are released when food is eaten to help increase insulin secretion; they also suppress glucagon release. Some incretin hormones can help increase satiety. 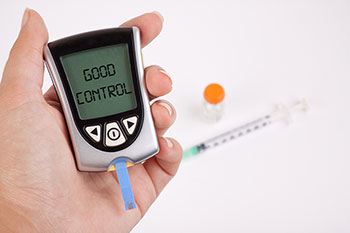 Overview: DPP-4 inhibitors extend incretin hormone action time to help facilitate insulin secretion. These pill-form oral medications include sita­gliptin, saxagliptin, linagliptin, and alogliptin. They’re approved for the treatment of type 2 diabetes in adults as an adjunct to diet and exercise and in many cases are used as second-line medications or in addition to metformin. They’ve been tested and combined with other diabetes medications with tolerance and efficacy. When DPP-4 inhibitors are used as monotherapy, glycated hemoglobin (HbA1C) may be reduced by 0.6% to 0.9% with no concurrent fluctuations in weight or changes in lipids.

Dosage: DPP-4 inhibitors, which don’t cause weight gain, are taken once daily with or without a meal; if used in a combination form with metformin, they should be taken with meals. The dosage is lower for patients with renal insufficiency, except linagliptin for which no dosage adjustment is needed.

Adverse effects: The most common adverse effects are nausea, respiratory infection, and allergic reaction. Pancreatitis also has been reported, so use caution with patients who have a history of it; if pancreatitis is suspected, discontinue the medication.

In 2014, the U.S. Food and Drug Administration (FDA) warned that saxagliptin and alogliptin might increase the risk of heart failure, especially in people who have pre-existing heart or kidney disease. The FDA issued an additional warning in 2015, saying that DPP-4 inhibitors may cause severe and disabling joint pain. Patients made first reports of joint pain anywhere from the first day of use to years after starting the medication. The FDA advised people taking DPP-4 inhibitors to discontinue their use if joint pain occurred; symptoms disappear after stopping the medication.

Overview: GLP-1 is an incretin hormone produced by the small intestine when oral glucose is ingested. It helps promote insulin secretion by the pancreas and suppresses glucagon secretion by the liver. GLP-1 also delays gastric emptying, which slows glucose absorption and increases the feeling of satiety. As a result, the hormone can facilitate weight loss. GLP-1 receptor agonists mimic the effects of GLP-1

Indications/contraindications: GLP-1 receptor agonists are not indicated for type 1 diabetes, and they haven’t been studied in children. Their pregnancy use is category C and use when breastfeeding isn’t recommended.

Overview: SGLT-2 inhibitors (canagli­flozin, dapagliflozin, and empagli­flozin) work in the proximal tubule of the kidney to mediate reabsorption of glucose and increase urinary glucose excretion. The result is lower blood glucose. As mono­therapy or as an additional diabetes medication, SGLT-2 inhibitors reduce HbA1C by 0.5% to 0.8%. Other benefits include weight loss as well as reduced blood pressure, waist circumference, and uric acid; dapa­gliflozin and empagli­flo­zin reduce the progression of albuminuria.

SGLT-2 inhibitors have been shown to increase high-density lipoprotein and low-density lipoprotein cholesterol. In the EMPA-REG OUTCOME trial, empagliflozin was “associated with a relative risk reduction of 38% in all-cause mortality…and 35% [reduction] in hospitalization for heart failure.”

Concern about decreased bone mineral density associated with ca­nagliflozin resulted in FDA drug label warnings. After two large clinical trials, the FDA issued a safety communication change in product labeling with a boxed warning for canag­liflozin because of an increased risk of leg and foot amputations. Based on reports of acute kidney injury with canagliflozin and dapagliflozin, the FDA revised warnings on drug labels to include information about the risk of acute kidney injury.

As the number of people with diabetes has grown, so has the number of diabetes medications. These medications provide the opportunity to treat diabetes from a variety of angles, including lowering glucose with incretin hormone action, eliminating excess glucose via the kidneys, and concentrating insulin for better delivery when insulin resistance occurs. Nurses who care for patients with diabetes in the hospital and community should be aware of these options. In addition, nurses are in an excellent position to educate patients on safe medication use. Pharmacologic treatments can make diabetes control better and easier.

Centers for Disease Control and Prevention. National Center for Health Statistics: Diabetes. May 3, 2017.

Prasad-Reddy L, Isaacs D. A clinical review of GLP-1 receptor agonists: Efficacy and safety in diabetes and beyond. Drugs Context. 2015;4:212283.

Saydah SH. Medication use and self-care practices in persons with diabetes. September 30, 2014.