Dialing down drama at work 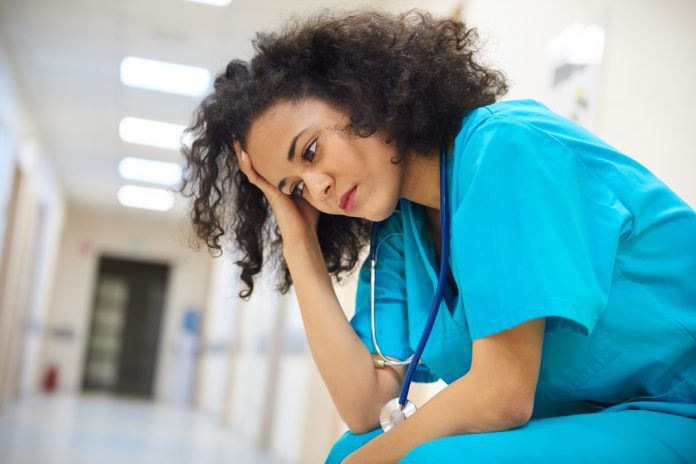 Model the behavior you want to see in your staff.

When Janet* accepted a director position in a neonatal intensive care unit (NICU) that’s part of a well-known academic medical center, the last thing she expected was to find a unit culture full of drama, gossip, and cliques. She’s discovered that several of the most experienced nurses in the NICU play a major role in escalating tensions. The behaviors remind Janet of being in high school, and they aren’t congruent with the organization’s culture. Not surprisingly, staff turnover is higher than in other departments. Although Janet is new in her role and to the organization, she understands that she must act quickly to change staff perceptions and create a drama-free environment.

Janet’s story is a good illustration of how workplace drama left unchecked can infiltrate even the best organizations. Like Janet, many nurse leaders assume they have a professional and mature workforce. After all, healthcare has enough drama without manufacturing it. But humans are emotional, and drama kings and queens exist in every profession. They revel in negativity and rumors. Cy Wakeman, a leading expert in workplace drama, explores how staff like those in this NICU are “emotionally expensive” to organizations. Her research indicates that the average staff member spends up to 2.5 hours a day distracted by dramatic coworkers. She cautions that when confronted with difficult situations, drama kings and queens get caught up in their egos and don’t try to realistically reframe what’s occurring. When this happens, group energy, which could be harnessed to solve problems and meet patient needs, is instead focused on creating drama.

High levels of emotional drama erode trust and contribute to a lack of psychological safety, making staff less likely to share challenges and be vulnerable. Janet recognizes that the drama level she tolerates will directly impact her team’s success, performance, and resiliency.

Spotting drama in the workplace

Assessing the drama level in a unit’s culture takes time and leader attentiveness. Culture is described as the invisible architecture of a unit or organization. It’s a compilation of values, behaviors, actions, and group norms that ultimately becomes the operating system (to use a technology metaphor). Janet wasn’t aware of the NICU’s drama during the interview process because drama kings and queens typically mask their behaviors with new leaders, and the staff who don’t engage in the behavior frequently accept it as normal because prior leaders didn’t confront it. Staff turnover probably was the first clue for Janet that something was wrong.

Wakeman observes that drama occurs when staff distort reality into a self-serving story to gain approval and validation. Janet can gain insight into the unit’s drama level by observing for staff who:

To successfully quash drama in the environment, Wakeman recommends that leaders adopt a “reality-based” leadership approach. Janet will need to set different expectations in the NICU and empower staff to take ownership of new behavioral standards that eliminate storytelling not grounded in reality.

Steps for dialing down the drama

Leadership experts Kouzes and Posner have identified “modeling the way” as one of five exemplary practices of the best leaders. Modeling the way is fundamental because it allows leaders to earn, sustain, and build credibility. Leaders should serve as beacons for others to follow, so Janet must adopt a no-drama approach in her leadership.

Drama kings and queens must be reminded that venting doesn’t help resolve issues and that creating doubts and chaos leads to a victim mentality that doesn’t empower staff. Reflective questioning can help those participating in the behavior get a clearer picture of how others experience it.

Humans are emotional by nature, and where you have emotion you frequently get gossip and drama. Some staff will seek attention by further stirring the emotional pot. Building a culture of accountability with minimal emotional drama is a crucial element to organizational success. In healthcare, much more is at stake than annoying behavior. High drama environments aren’t healthy and don’t promote effective teamwork. When these environments exist, leaders like Janet must take action. Creating a culture that fosters harmony and teamwork begins with a leader defining what that means. When leaders reinforce new values and confront old behaviors, drama can be stopped cold.

Rose O. Sherman is adjunct professor at the Marian K. Shaughnessy Nurse Leadership Academy, Case Western Reserve University in Cleveland, Ohio, and author of the book The Nurse Leader Coach: Become the Boss No One Wants to Leave. You can read her blog here.

Tye J, Dent B. Building a Culture of Ownership in Healthcare: The Invisible Architecture of Core Values, Attitude, and Self-Empowerment. Indianapolis, IN: Sigma Theta Tau; 2017.

Vaccination is key for a return to normal. We don’t know when the COVID-19 pandemic will end, but it’s unlikely to occur in the immediate...
Read more