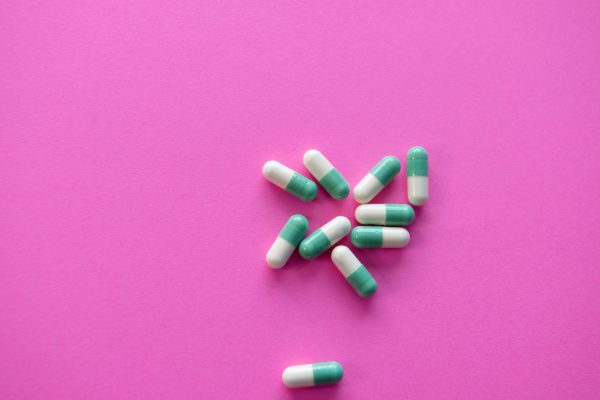 Joint Commission identifies ways to prevent pediatric drug errors
Responding to a new study that found an 11% rate of adverse drug events (ADEs) in pediatric patients, the Joint Commission has issued an alert for hospitals. The alert provides numerous recommendations to prevent ADEs in children, including the following:
•    Weigh all pediatric patients (in kg) at admission. Except in emergencies, don’t give high-risk drugs to patients who haven’t been weighed.
•    Limit the number of concentrations and dosage strengths of high-alert drugs to the minimum needed to provide safe care.
•    Use oral syringes to give oral drugs, to prevent inadvertent I.V. administration.
•    Clearly differentiate drugs that have been repackaged for children, to avoid confusion with adult drug forms.
•    Use commercially available drugs formulated for pediatric patients, if possible.
•    For each pediatric critical-care patient, provide a dosage calculation sheet that includes both emergency and commonly used drugs.
•    Ensure comprehensive specialty training for all practitioners involved in pediatric care; also provide continuing education programs on pediatric drugs for all healthcare providers.
•    Have a pharmacist with pediatric expertise available or on call at all times.
http://www.jointcommission.org/SentinelEvents/SentinelEventAlert/sea_39.htm

Does Spiriva increase the risk of stroke?
Spiriva HandiHaler (tiotropium bromide), used to treat bronchospasm associated with chronic obstructive pulmonary disease (COPD), may raise the risk of stroke. Boehringer Ingelheim, the drug manufacturer, told the FDA that in 29 placebo-controlled studies involving roughly 13,500 COPD patients, the estimated risk of stroke was 8 cases per 1,000 patients treated for 1 year with Spiriva, compared with 6 cases per 1,000 receiving a placebo. The manufacturer says safety data from a large, 4-year study should be available this month; the FDA will make its recommendations once it has analyzed the data.
http://www.fda.gov/cder/drug/early_comm/tiotropium.htm

FDA approves new migraine drug
The Food and Drug administration (FDA) has approved Treximet for the acute treatment of migraine. Treximet tablets combine sumatriptan 85 mg and naproxen sodium 500 mg. (Sumatriptan is the active ingredient in the migraine drug Imitrex.) In two double-blind trials, patients receiving Treximet reported significantly more pain relief at 2 and 4 hours, compared with those who got placebo or sumatriptan or naproxen alone. The Treximet group maintained pain relief for 2 to 24 hours.
http://us.gsk.com/products/assets/us_treximet.pdf
http://www.accessdata.fda.gov/scripts/cder/drugsatfda/index.cfm?fuseaction=Search.DrugDetails

New guidelines for pediatric flu shots
In its 2007-2008 influenza immunization recommendations, the American Academy of Pediatrics (AAP) calls for children younger than age 9 to receive two doses of influenza vaccine in their second season of immunization if they got only one dose the previous season. Additionally, the AAP urges healthcare providers to:
•    identify and immunize all high-risk children and healthy children ages 6 through 59 months
•    provide annual influenza immunization for all children with high-risk conditions who are at least 6 months old, and for all household contacts and out-of-home caregivers of children with high-risk conditions and of healthy children younger than age 5.
http://www.cispimmunize.org/ill/Flu/Influenza%20Recommendations.pdf

FDA investigates possible link between Singulair and suicidal behavior
Based on postmarketing reports, the FDA is investigating whether Singulair (montelukast), an asthma and allergy drug, may be associated with mood and behavior changes, suicidality, and suicide. The investigation resulted from several reports of suicide since October 2007.
Until more information is available, the FDA is advising healthcare providers to monitor patients for behavior and mood changes and to report adverse effects on its MedWatch site. The agency also is reviewing postmarketing reports of similar behavior in patients receiving other leukotriene-modifying medications, including zafirlukast (Accolate) and zileuton (Zyflo and Zyflo CR).
http://www.fda.gov/cder/drug/early_comm/montelukast.htm

Zelnorm no longer available under IND protocol
Novartis will no longer provide the drug Zelnorm (tegaserod maleate) under a treatment investigational new drug (IND) application protocol to treat irritable bowel syndrome with constipation and chronic idiopathic constipation in women younger than age 55. The company will continue to supply the drug for use in emergency situations—defined as those that are immediately life-threatening or serious enough to qualify for hospitalization. The FDA may deny authorization, even in life-threatening situations, if evidence doesn’t provide a reasonable basis to conclude that Zelnorm may be effective for the intended use, or if exposure to the drug would pose an unreasonable or a significant additional risk.
http://www.fda.gov/cder/drug/infopage/zelnorm/default.htm

Positive results halt trial of combination antihypertensive drug
A clinical trial was stopped early when the drug Lotrel proved to be 20% more effective in preventing myocardial infarction and other cardiovascular problems than an angiotensin-converting enzyme (ACE) inhibitor and diuretic combination. Lotrel combines benazepril hydrochloride (an ACE inhibitor) with amlodipine (a calcium channel blocker). In the study, 10,700 volunteers took either Lotrel or a single-pill combination of benazepril and the diuretic hydrochlorothiazide. After 6 months, both combination drugs helped 73% of subjects reach goal blood pressure. Researchers believe the trial may lead to a change in national hypertension treatment guidelines.
http://www.pharma.us.novartis.com/newsroom/press-release.jsp?PRID=2059