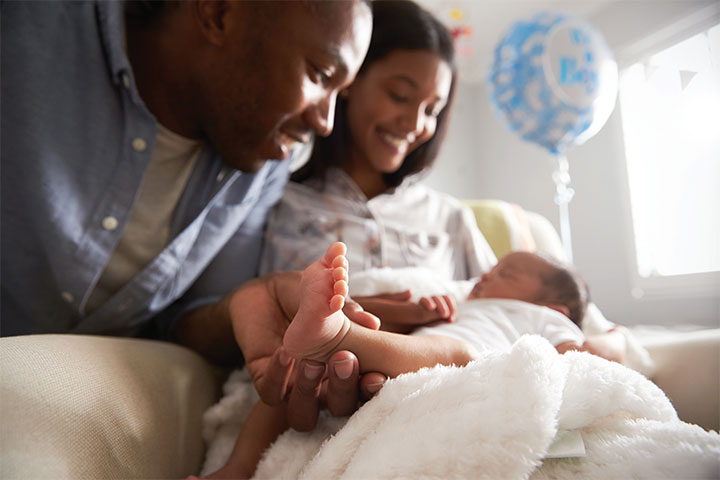 Although the United States can be credited with many scientific advances, from launching shuttles into space to helping map the human genome, it falls short in a startling way: avoiding preventable maternal deaths during childbirth. A leading cause of those deaths is postpartum hemorrhage (PPH).

Two to three women die every day in this country from pregnancy-related complications, according to the Association of Women’s Health, Obstetric and Neonatal Nurses (AWHONN) Postpartum Hemorrhage Project (PPH Project).

“We have the highest maternal mortality rate among industrialized nations, and we’re getting worse,” said Emily Drake, PhD, RN, FAAN, president of AWHONN, an organizational affiliate of the American Nurses Association (ANA). “Nurses know this because we’re seeing it.”

The reasons behind it are multifactorial and include rising incidences of obesity and diabetes among women, the high number of cesarean sections performed in this country, a long-held practice of visually estimating blood loss, and a lack of standardized policies and procedures throughout healthcare facilities nationwide, according to Drake and other nurse experts.

Additionally, African-American women are disproportionately affected by birthing complications and are three to four times more likely to die from them than women from other racial or ethnic groups.

“Women bleeding to death in 2017 is shocking,” added Robyn D’Oria, MA, RNC, APN, an AWHONN member and PPH Project leader in New Jersey. “What’s even more upsetting is that experienced healthcare providers could fail to respond in a timely manner. By the time there are changes in vital signs, a woman is much more critical than they might believe.”

AWHONN and its nurse members, however, are working to strengthen healthcare professionals’ early response to PPH, as well as tackling other issues that place the lives of pregnant women and new mothers at risk.

Aiming to save lives 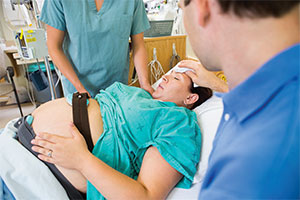 Research has shown that 54% to 93% of hemorrhage-related deaths of women who recently gave birth could have been prevented had nurses and other clinicians responded appropriately. Those alarming statistics spurred AWHONN to create the interdisciplinary PPH Project in June 2013. Its aims were to:

Funded by a grant from Merck for Mothers, nearly 60 facilities in the District of Columbia, Georgia, and New Jersey participated in this quality improvement demonstration project.

“We identified leadership in each hospital within nursing, anesthesia, and medicine, among other disciplines, and held a variety of webinars and conference calls on all aspects of the initiative,” D’Oria said. “We also employed a sophisticated data collection system that allowed hospitals to input and track data, including process as well as outcome measures such as the number of blood transfusions and the presence of a hemorrhage cart on the unit.”

Because of this quality improvement initiative, many of the participating facilities reported practice changes that resulted in positive patient outcomes, including fewer ICU admissions after delivery.

AWHONN’s Quantification of Blood Loss video, practice briefs, PPH poster, and other resources continue to be available online on the AWHONN and PPH Project websites. They cover topics such as quantifying blood loss, assessing risk, and administering oxytocin after birth. 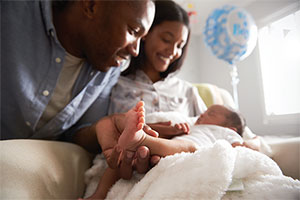 Nurses from across the nation also had the opportunity to learn more about PPH and the PPH safety bundle developed as part of the Alliance for Innovation in Maternal Health (AIM) initiative at educational sessions held at AWHONN’s annual convention in June. AWHONN is a partner with AIM, a national data-driven maternal safety and quality improvement initiative based on proven implementation approaches to improving maternal safety and outcomes in the United States.

Central to the PPH Project and ongoing efforts is early recognition and intervention, and it’s why Wattie agreed to lead the demonstration project in her state. Georgia has one of the highest rates of maternal death in the nation for a number of reasons, including many women who have high-risk pregnancies and live in rural areas an hour or more away from a hospital, Wattie explained.

That said, Wattie added, “I knew that if we became proactive instead of reactive when patients were decompensating, we could save lives. One reason leading to denying [that a problem exists] and delaying treatment is underestimated blood loss.”

A common practice among healthcare professionals is examining blood-soaked items and saying, it “looks like” x milliliters, according to Wattie and other AWHONN nurses. AWHONN is urging nurses to quantify that loss by weighing items on a scale or using special containers or drapes to measure it.

“Patients are so happy that the delivery is over that they may not tell you about their symptoms, ” Drake said. So that golden hour after delivery is critical in terms of recognizing and responding to early signs and symptoms like dizziness and pallor.

Another safety and response issue involves poor planning around resources, such as not having enough staff at some facilities or enough units of blood over weekends and holidays. “But babies are born 24/7,” said Wattie, whose goal is to get all 88 of the birthing hospitals in Georgia on board with the PPH initiative strategies. (Twenty-five were involved in the PPH demonstration project.)

D’Oria added that another key component of PPH prevention is conducting a risk assessment before and throughout the labor and delivery. “Some women may be at risk for hemorrhage prior to labor while others are not. However, a woman’s condition is dynamic, and it is important to be alert to changes that may make her more prone to hemorrhage either during delivery or postpartum.” A nonpunitive debriefing after an event also is important, Wattie said. 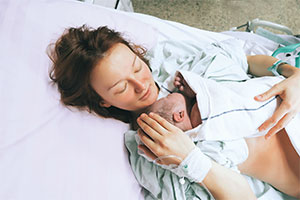 “The PPH Project has given us a great platform to move forward with PPH prevention and other initiatives, and AWHONN has been at the forefront,” D’Oria said. “I’ve seen such momentum now at the grassroots level, such as healthcare professionals who now quantify blood loss rather than estimate it,” she said. “It’s really changing practice and making a safer environment for women attainable.”

Drake said that physicians and other healthcare professionals have been very receptive to AWHONN’s PPH prevention strategies because they see results. For example, starting in the 1980s, physicians became reluctant to transfuse patients. Now, when presented with evidence—particularly quantified blood loss— they’re willing to respond promptly with transfusions.

“Our nurses want to make births safer and save lives,” Drake said. “These [PPH strategies] provide clinicians with something tangible that we hope will turn the tide on maternal mortality.”

Last year when world health officials declared a global pandemic, the American Nurses Foundation committed to addressing the impact of COVID-19 on nurses and...
Read more
ANA on the Frontline

The American Nurses Association (ANA) is working with other national organizations to build the public’s confidence in and acceptance of vaccines. In late February,...
Read more
ANA on the Frontline

Innovation and coordination are keys for success. As authorized COVID-19 vaccines are being distributed across the nation, RNs are leading rollout administration, coordination, and education...
Read more