From our readers…Developing professional PRIDE 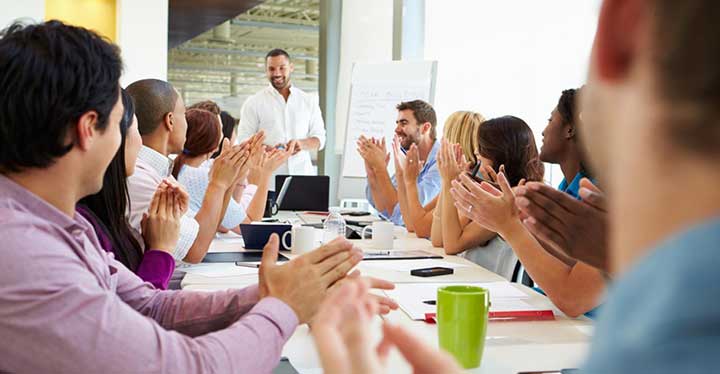 Creating a professional development program at our hospital began with the house-wide partnership (practice) council chartering a task force of front-line staff to design a program as a retention initiative for RN staff. Program objectives were to create a program that would define and support professional practice, attract and retain clinical experts in direct care, instill enthusiasm by recognizing and rewarding performance, and create aspirations for continued growth. The program was designed not only for nursing but also for other clinical disciplines and support departments.

A thorough literature review revealed several articles on clinical ladders in nursing and one or two articles for other clinical departments, but no literature addressed support departments. A decision was made that we would need to design the program from the beginning. Stephen Covey’s Organizational Effectiveness Cycle was used to identify the needed steps to complete a design of the program. Step one and two were to develop the mission and vision of the program. The charter from the practice council included desired objectives from which the mission and vision were developed.

Patricia Benner’s Novice to Expert Model was chosen as the theoretical framework for the program. Staff move through advanced beginner to competent in the first two years of hire. A decision was made that advancement to Proficient and Expert levels of Benner’s model begins following the first two years and would be the foundation of our advancement program.

PRIDE (Promoting and Recognizing Individual Development and Excellence) was the name chosen by the task force as the title for the program. One of the initial activities performed by the task force was to interview all key stakeholders including front line staff from their departments, directors, supervisors and administrative staff to determine what key outcomes they desired from the program. As the program was built a periodic review was done of the stakeholder’s desires to see that they were being met.

The foundation of the program for advancement centers on participants meeting desired behaviors in five areas: organizational skills, communication, team player, critical thinking and professional development. The frontline staff wrote descriptive statements or definitions of these behaviors. Once these behavioral expectations are continuously role modeled by staff they can declare their intent to apply for advancement to the Proficient (Level III) or Expert (Level IV) level. Here is an example of the RN behavior statements used in the program:

Verification of the staff person meeting the behavioral expectations is provided by their director/supervisor. Once the behavior expectations are met the applicant completes projects in four practice areas: education, leadership, performance/expertise, and performance improvement/research. The PRIDE program identifies total points that must be earned for Level III and Level IV. Here is an example of the practice area point template used for the RN.

Blessing Hospital has more than 200 different job codes. The Program was rolled out in three phases:

Phase I included the nursing division (RN, LPN, CNAs, unit secretary), laboratory, radiology, and housekeeping. The task force chose these departments because they wanted some experience with nursing (the largest department), other clinical departments, and a support department.

Phase III group included all other departments that have partnership councils.

Advancement years follow the calendar year. A staff person desiring to advance has an entire calendar year to put their portfolio together for advancement. The initial step for a staff person if they desire advancement is to meet with their Director and Supervisor during the first quarter of the year (by April 30) to ascertain that from management assessment and self-assessment the staff person does meet the proficient or expert levels of behaviors. The task force felt this was a “must have” because they did not want a staff person desiring advancement earning practice area points when a management assessment did not show them meeting the proficient or expert behavior expectations.

Other key design elements of the program include:

Education for the rollout of the program targeted the Phase I departments initially. Elective live educational programs for Phase I employees was done prior to the start of their year to begin and in addition, a mandatory computer based learning educational program was assigned to all eligible departments including the management personnel. This was done to ensure everyone knew about the opportunity to seek advancement. Presentations were done at staff meetings, practice council meetings, management meetings, and other venues before the rollout by invitation.

The program contents, behavior statements and point templates for the departments were all placed online for easy access. The task force also set up “coaches” that were available to help staff with program or portfolio questions. An “open line” for program questions with the task force was a key component of the first year of the program. The task force set up example portfolios to share what was expected in a portfolio with those desiring to level.

To date the Phase I group has leveled four times. Phase II group has had the opportunity to level three times and Phase III group, which is all other departments with a partnership council at Blessing Hospital, began their year in 2008.

An Advancement Council consisting of thirteen staff members from the PRIDE task force, human resources director, and a leadership liaison reviews portfolios. After the application deadline the advancement council meets and reviews applications and communicates results to the individual and their supervisor. The Advancement Council also plans and implements an annual recognition celebration.

Overall the comments were positive and process improvement opportunities were identified. Here are some of the quotes received:

Other results include a 97% retention rate as of June 2008 of the RNs that leveled the first year (only two staff chose not to relevel). Of the 71 second-year applicants, 38 were reapplicants (28 RNs advanced to Level IV and 10 maintained Level III) and 33 were new RN applicants. Of the 12 applicants who remained with the organization from the first year and who did not reapply, six were not eligible because they moved to supervisory positions or transferred to a different department making them ineligible and six chose not to reapply.

We have learned several lessons that have strengthened the program:

The program has received many positive responses. The PRIDE task force was recognized by the practice council during national hospital week as a committee that “has made a difference” in the employee work life. Accrediting bodies visiting the organization have made positive comments about the program in their reviews. And, the hospital has seen an increase in applications for RN to BSN program and national certifications.

Micro-credentials and badges in healthcare