From our readers…One nurse’s journey through grief: Loss of a Fort Hood family member 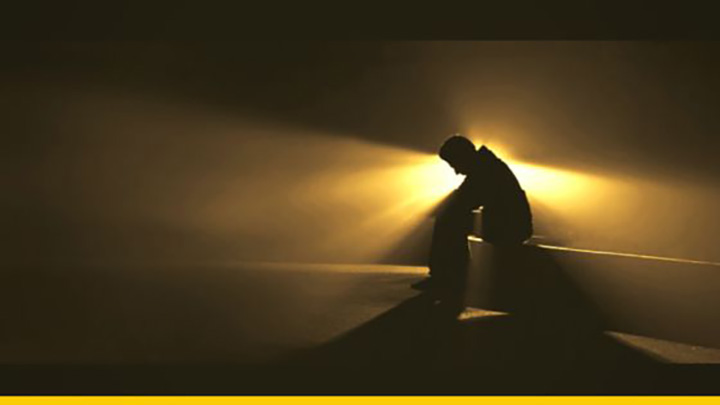 Special reports were on practically every news station during the afternoon of November 5th 2009; a shooting had taken place at the Fort Hood Army Base in Killeen Texas. With the television remote in one hand and a cell phone in the other, while watching the news and calling family, a weak feeling came over me because Specialist Frederick Greene, my nephew, was stationed at Fort Hood. The feeling escalated as reports indicated that the shooting had taken place at the readiness center. Specialist Greene had mentioned during his last call home that he had to go to the readiness center to complete his deployment paperwork and receive last minute vaccinations on this specific day.

Our family continued trying to reach Fred by phone and text without success. The newscasters were reporting clogged phone lines on the largest army base in the world. Fort Hood housed an estimated 40,000 soldiers and 17,000 civilians; we did the math and thought the possibilities of our solider getting hit by the shooters bullets were very slim. Long hours passed without hearing the voice that we all longed for; he was not answering his cell phone. We knew deep in our hearts that something was wrong, he would call to let us know that he was ok; he was that kind of guy. Waiting was all we could do.

We contacted the base explaining our concerns and were told that all the soldiers had been accounted for. While trying to remain positive something deep within my soul was telling me that he could possibly be one of the 13 reported dead. That Friday afternoon the news reported that all family members must be notified before all victims’ names could be released. Our family was mentally crippled.

We had gathered at my sister’s (Fred’s mother) house. We were sitting outside on the front porch reminding each other that no news could be good news when a gold car pulled into the drive. Two men dressed in military uniform began walking toward the house. We broke down in tears as the Chaplin and officer from Fort Campbell Kentucky approached. The notification was final as the Chaplin echoed, “I am so sorry, he was a good solider.” Our grief cycle began.

As a registered nurse working for the Department of Veteran’s Affairs I found myself on the receiving end of condolences, something I was not use to. Roller coaster stages of grief, taught to me many years ago in nursing school, were now dominating my thoughts. Shock and denial came first, thinking this could not be true. I remained in shock for several days until I finally realized this was really happening.

A few days after the notification, a trip to the base was necessary. A memorial service was provided with hopes of giving closure, counseling and understanding of how these horrible murders took place.

During the flight from Tri-Cities airport in Bristol Tennessee to Austin Texas, a gentleman was looking at the newspaper with Fort Hood Massacre headlines glaring me in the face. As he held the paper open the pictures of the dead victims were displayed. Plainly seeing Fred’s picture in this particular newspaper was another form of reality. Uncontrollable tears began to roll as a nurse sitting beside me quickly asked where I was going. I responded, “to Texas for the memorial service at Fort Hood, my nephew was one of the soldiers killed there.” Tears filled her eyes and she gently took my hand and prayed for God’s blessings. At that point helplessness occurred as the grief cycle continued, no matter what I did nothing was going to make this situation better; nothing could change the fact that our family member had been killed. The next thing I remember was when the flight attendant announced that Specialist Greens family was on board. This announcement created a flood of condolences from the passengers and flight crew.

Next I faced anger as I continuously wondered and questioned how could this have happened on an American military base and how or why could a fellow solider, a doctor and psychiatrist, commit such a crime. These unfamiliar feelings continued through the memorial service. Other families of victims experienced this same disbelief and anger, this same shock and helplessness while being surrounded by thousands of soldiers and military personnel and by dignitaries from Washington D.C. including the President and First Lady, Secretary of Defense, and Secretary of the Army. Along with our nation, we were all mourning the loss of our soldiers.

After a 10-day wait Fred’s body arrived from Dover. We all struggled through the funeral and began to yearn for some type of normalcy. I dreaded trying to get back into my work routine, but knew it would be helpful only if I could hold up. Our family felt like we had been to hell and back over the past three weeks. I returned on the midnight shift and will never forget my charge nurse reminding me throughout the shift that she and the nursing staff were there to help me get through this. Fears were comforted on this tour of duty thanks to awesome clinical and professional nursing skills surrounding me. I quickly realized that this charge nurse was a professional in dealing with the clinical procedures of grief.

Often times, people feel uncomfortable talking to and interacting with a person who is dealing with grief. This is at least partly because they have no way to understand our perspective, and what we are experiencing mentally, emotionally, and spiritually.

Those of you who have experienced these losses know about waves of feeling involved in the journey of grief. How we as individuals deal with grief is to accept the loss, experience the pain, adjust to an environment with the loss and lastly to withdraw emotional energy and reinvest in other relationships and activities. Completing these tasks is a long journey. Denial, shock, anger and pain are commonly faced along the pathway to recovery. Often insomnia, depression and anxiety are present and if left untreated may lead to withdrawal or avoidance. Healthy ways to cope include reaching out for help, allowing the feelings to be present and talking about what the loss means to us. Recovery brings stability and allows positive energy to dominate our hope. Once this occurs we can enjoy and invest in life.

My focus is to reinvest this emotional energy into positive care. Now than ever before I appreciate what our veterans have done for this country. My respect and appreciation goes out for our military soldiers and government leaders, friends, medical professionals, family, co-workers and American citizens across this nation, who has shared this journey. To all those who stood beside our family in support, you have given our hearts a way to begin mending.

From our readers gives nurses the opportunity to share experiences that would be helpful to their nurse colleagues. Because of this format, the stories have been minimally edited. If you would like to submit an article for From our readers, email it to https://myamericannurse.com/SendLetterstoEditor.aspx.

Facebook
Twitter
Pinterest
Linkedin
Email
Print
Previous articleIs nursing a profession or a job?
Next articleVote it up or down, but do not let it just die!

Recognizing, elevating, and caring for RNs during a pandemic As we celebrated the inauguration of President Biden and Vice President Kamala Harris, the first woman...
Read more
Clinical Topics

Emergent and aggressive treatment are key to a good outcome.   Takeaways: Myxedema coma is the most severe, potentially life-threatening form of hypothyroidism and a...
Read more