From our readers…How to volunteer as a nurse abroad 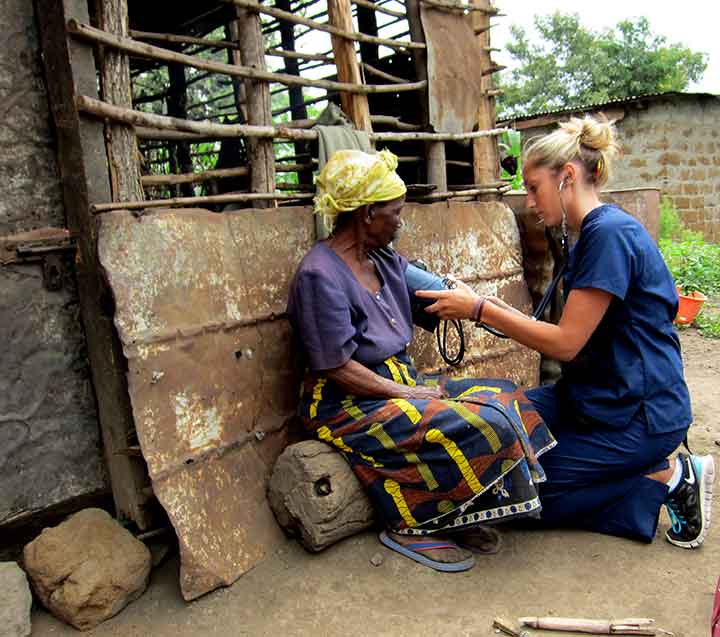 Azure Window, Gozo, Maltese Islands. When I took the ferry to Gozo, Malta’s sister island, the Azure Window was a nice place to visit. When I was in nursing school a U.S. Peace Corps Volunteer talked to us about his experiences in the Pacific Islands. I was on fire to join and did so years later. Before I signed up, however, I alternated between working in critical care units and traveling. I eventually realized that when employed as a nurse I poured over travel brochures and when traveling, the hospitals of other countries intrigued me.

Traveling was a pleasant change from working, and the stability and fulfillment of stateside nursing were welcomed after the challenges of travel. Ultimately, the opportunity to combine the two came with a Peace Corps assignment to the Maltese Islands. The rugged limestone beauty of these Mediterranean islands near the tip of Italy reflected the resilient spirit of their people. I was in Malta for four years; three years as a volunteer and one year doing the same work for the Maltese government. I then went halfway around the world to American Samoa, located below the equator in the mid-Pacific. I worked at the local hospital for a year, and then taught nursing for eight years at the American Samoa Community College. The wet, tropical, islands of American Samoa were an extreme contrast to Malta, as were their people. 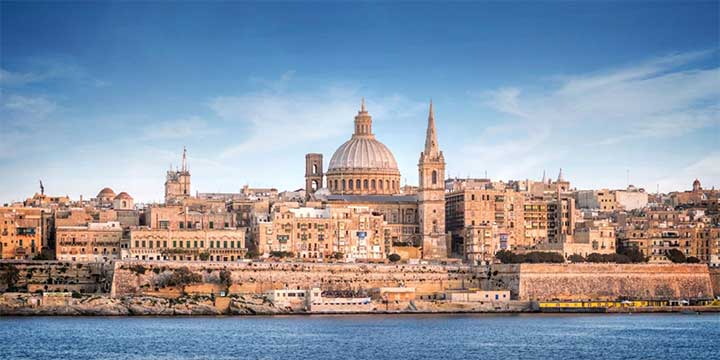 During my travels I picked up some survival tips that might help you combine your profession with dreams of travel. These tips offer ways to survive the early days, make meaningful contributions to local practice, and have a good time doing so.

Studying for an exam usually decreases anxiety and results in a better score. The same applies to living and working abroad. Learning about the workplace, culture, and daily life will lower your anxiety and increase your initial effectiveness. The Peace Corps sent me to Malta with the primary assignment of teaching a master’s course in Health Services Management. Because of our small size, the five Malta volunteers were attached to the Tunisia Peace Corps program. Therefore, we did not receive the usual in-country language, technical, and cultural training. When I arrived in Malta, school had started and I was already two weeks behind. I still remember my fear as I looked at those intelligent, challenging faces and questioned my own competence. The culture shock I experienced during the first few weeks could have been reduced if I had a better understanding of the culture, local health care, and my own needs and expectations.

Be sensitive to the culture

People in other countries are different in ways that may not be obvious. Celebrate the differences; they are part of the reason for going there. Join in the local activities, or at least learn about them. The most common response from people who have lived and worked in another country is, “The people were so friendly and helpful!” Be aware of your inner feelings and what your own culture means to you. Your expectations, biases, and code of behavior affect your everyday life, so get to know them well.

I think the greatest “transcultural” nursing lesson I learned over the years was that I would never be a Samoan, or Maltese, or Cook Islander. Even if I walked, talked, and dressed like a native, I would always be an outsider. Being an outsider, however, had its advantages. People helped and encouraged me while appreciating even my smallest efforts. I was partly their creation—not a “Samoan,” but not a palagi (foreigner) either. They took pride in my accomplishments, as my successes were partly theirs.

One of my most memorable experiences was helping local family members and friends in our village care for a woman with amyotrophic lateral sclerosis (ALS). As Pele’s paralysis slowly overcame her ability to position herself in bed, to talk, and eventually to breathe, she chose to be on a respirator. She wanted to live long enough to see her children graduate from high school. I was always “on call” and visited her every Saturday. During that time, Pele taught me Samoan through stories about the islands and their myths. I became part of the family and the village: I was their palagi. After almost 15 years of home care, Pele has no pressure sores, is still able to talk in a whisper, and has full passive range of motion. She credited me with saving her life, but it was Pele’s strength of will and the loving care she received. She was recently visited by her first grandchild.

Working and living in another country can be stressful and most people need encouragement, at least occasionally. Without a helpful, positive outlet, the stress of living and working abroad can have a negative effect on you and everyone around you.

Several of the nursing instructors at the University of Malta were recruited from England. Though Malta was under British rule for over 100 years, the two cultures are quite different. These differences caused tensions to rise as the English nurses repeated their stressful encounters to each other. The Peace Corps volunteers also recounted their stressful incidents, but ended their sessions rejoicing in the difference between the two cultures. That was why we traveled! We did not want to recreate a stateside atmosphere in our surroundings.

Find someone who can help you remember why you are working in another country. I was fortunate to have an understanding travel companion and several Peace Corps friends who shared the same values. Though we were often frustrated we worked together to find the best solution for everyone, including ourselves.

Be flexible and creative but don’t forget the science

Just because people do something differently than you were taught doesn’t make it wrong. I give a short talk to my beginning nursing students about the art and science of nursing. I encourage them to learn the rationale behind their nursing interventions. Nurses are artists and we can apply the science of nursing in a variety of ways. As long as the underlying principles are sound, they can succeed.

Creativity is invaluable when working in developing countries. Nurses in the United States often take technology and ample supplies for granted and become confused when they are not available. For example, in American Samoa I learned that if there is no nasogastric (NG) suction you can connect the NG tube to an empty IV bag and let the stomach empty by gravity. If there is no isolette, place lamps beneath the bed to keep a newborn warm. If there are not enough “bili lights”, take the baby out into the sun for a short time. Seeing a potential use for every object makes it hard to throw things away. One person’s trash can be a nurse’s treasure.

Think twice before you bring items into a country that cannot be easily replaced. The technology in your multi-bed ICU will not be practical in developing countries, or impoverished areas anywhere. I remember a high-tech radiant warmer standing unused in a storeroom in American Samoa. The staff didn’t know how to use it and the maintenance department couldn’t fix it. Unknowingly, well-meaning people will donate equipment to other countries without determining whether it can be used and maintained. “Sustainability” is more than current jargon; it should be part of your decision-making process.

I like to teach the Neonatal Resuscitation Program (NRP) to everyone who touches a baby. I tried to introduce it when I arrived in American Samoa and failed. The doctors took offense, and because the nurses took orders from the doctors, they also rejected it. I put the NRP in the nursing curriculum at the college, however, as training for students to work with newborns. It was a small step, but every nurse who graduated was certified in NRP. Three years after leaving American Samoa my dream came true. One of the nurses I mentored drove the course through the barriers I had encountered. All nurses that work with babies in American Samoa are now NRP-certified and the doctors are beginning to sign up for the training.

Remember, someone is always watching

I vividly remember my Peace Corps supervisor warning me about the “rules” of living on an island or in a small village. I found that wherever I went, people were watching. My behavior was always a source of curiosity to my coworkers and neighbors. To the chagrin of some Peace Corps Volunteers in our sister program in Tunisia, people would even go through their trash to find out what they were eating or drinking (Tunisia is a Moslem country with strong taboos against alcohol). If some volunteers had a beer or wine bottle, they would take it in their backpack to another village and dispose of it there. It helped us to remember that not only were we judged by others, so was our country.

My experiences in Malta were a bit different. For example, I would go to the grocery store and the ladies would mention that they saw my sheets hanging out to dry. Or I would try to buy a bag of pasta and the storekeeper would not sell it to me because my husband had bought some earlier. I still meet people in Hawaii who recognize me from American Samoa. They remember seeing me every Sunday morning walking up the mountain as they drove down to church.

Are you dreaming of nursing abroad? Then start doing your homework and jump in! There are a lot of oceans out there to swim in. You could have fun and great experiences—or you could always come home. I survived the early days, so now when I return to Malta or American Samoa, it is like “coming home”.

Patricia A. Brooks is an instructor in the school of nursing and dental hygiene at the University of Hawai’i at Manoa, Honolulu.