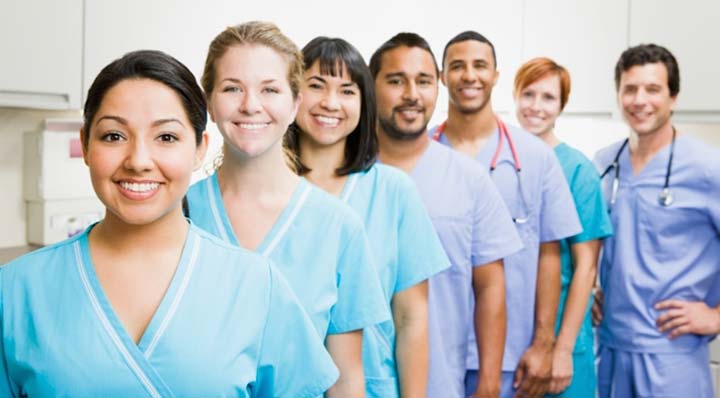 From our readers…Value all your skills

Anyone who’s been a nurse for more than 10 years will agree with me: you can make big leaps from specialty to specialty and sometimes leave a skill behind that will rarely have a practical application in your current job. Pediatrics to adult surgery, ostomy nurse to IV team, I could name a few more. It’s probably because I am one of those nurses. With my curious nature, I have taken full advantage of working in a profession with multiple pathways. One pathway I took was out of the clinical setting into insurance case management for 8 years.

Wait, don’t stop reading! I am happy to report that I made it back from the somber world of insurance coverage about 2 years ago. And, I was able to help a patient in a way I would not have been able to if I hadn’t taken that little side trip. Let me explain.

I was thrilled to be able to transition back from the insurance industry to endoscopy, a type of work I’d done in the past, only now in a smaller hospital. With help from my co-workers, I regained competency and confidence in my clinical skills within 3 to 4 months. After a year, my prior job seemed like a distant memory. Then one day I was assigned to recovery and that all changed.

The nurses brought me patients from the procedure room and gave me report. I monitored each patient for any untoward effects of medications they received, recorded vitals, and reviewed all discharge instructions with the patients and families. One of the inpatients on this day was a young woman my age who had a 7-year history of Crohn’s disease. I’ll call her Jane.

Jane had a thin frame, a pale tone to her skin, and when she got up to use the bathroom, a stilted gait. As we walked to the bathroom, she squinted under the fluorescent lights. I understood why. I’d just attended a recent in-service and learned that Crohn’s disease affects the joints, eyes, and other organs as it advances. I held her IV up as she walked back to her stretcher and pulled the blanket up over her legs. A few minutes later, the gastroenterologist who had performed the colonoscopy came out to talk to her and the family at her bedside. This was the second time in 5 months she’d been admitted to the hospital for an acute exacerbation of symptoms related to her disease.

I overheard the physician review the findings of her procedure. She had developed a rectal abscess and would need to stay in the hospital to have IV antibiotics and minor surgery. He mentioned the medications she’d been on in the last year, Rowasa and prednisone, and commented on a prior suggestion he’d made for her to try Remicade. When he mentioned Remicade, her family sat up straighter and leaned in, their faces set in a grim expression. The youngest of the group spoke, “Insurance won’t cover more than one series of doses. She can’t afford to pay for it herself. She is on disability right now.”

My ears perked up at the word “insurance.” I’d been on the inside of that world. I called myself a patient advocate. (When I tried to explain the job in any other way, people’s eyes glazed over.) And I was an advocate. If a treatment recommendation sent to a peer-review resulted in non-authorization and I had a client not getting better, I immediately replied and submitted additional information asking for an expedited appeal.

When the doctor left, I pulled the curtain and let Jane’s family have some time with her. Later, I was able to get permission from my supervisor to take Jane back to her room so we could talk. As I rolled her wheelchair down the hallway, Jane responded to my general inquiries in a soft-spoken manner. She spoke of the frequent fatigue, abdominal pain, and episodes of diarrhea that made it too difficult for her to keep steady work. Then she went on to talk positively about the support she received from her family. Her voice cracked when she spoke of the close relationship she had with her sister. Soon we were back in her room and she was in bed again. I quickly explained my prior experience in the insurance industry and told Jane the type of information that could get a denial overturned. Her family expressed a great interest in hearing more.

I first encouraged them to obtain records of her past blood tests, reports from all previous hospital stays, and any outpatient endoscopies done. Knowing I needed get back to the department, I offered to return on my lunch break and give details of the type of communication that would open more doors to broader insurance coverage for Jane. Their response was an exuberant “yes.”

I returned a couple of hours later with the typed body of a medical necessity letter. I left blanks for the places where Jane’s physician had to specify the duration of her care and to what degree prior treatment had been in his medical opinion considered successful or unsuccessful. I knew that Remicade was only FDA approved in September of 2011 and insurance carriers take 6 to 12 months to add new medicines to their formulary. Her initial prescription most likely was kicked back for full self-payment.

I cautioned Jane and her family that what I was giving them was only the type of verbiage on paper that would bear more weight on review by a peer board. They were also advised that it was up to her physician to feel comfortable dictating and signing the letter. I left her room happy that I was able to step outside of the standard role as the “recovery” nurse, but a little anxious. I was now a hospital nurse. I couldn’t follow up on the appeal.

Three months went by and one morning as I walked the aisle between the curtained bays, my manager rounded the corner with a familiar face. Jane was back. Her gastroenterologist was doing a sigmoidoscopy in follow-up to the abscess surgery. Today Jane was an outpatient. “Here you go,” he said. “Here’s that special nurse you wanted to see.”

The family was escorted to the waiting area, which left Jane and I time to talk. I wondered if Jane had won her appeal and was taking Remicade. She confirmed my hopes and went on to tell me how much better she was doing. I checked her in for her procedure, and after wishing her my best, went through the rest of the day with a real sense of accomplishment.

Although case management was a part of my past, my experience in that arena provided value to a current patient’s health and promoted the idea that all my learned skills, old and new, are important. Keep your eyes and ears open; no matter where you travel in your nursing career, you never know when an old skill will come in handy.

Susan Bartlett is an endoscopy nurse at Health Central Hospital in Ocoee, Florida.