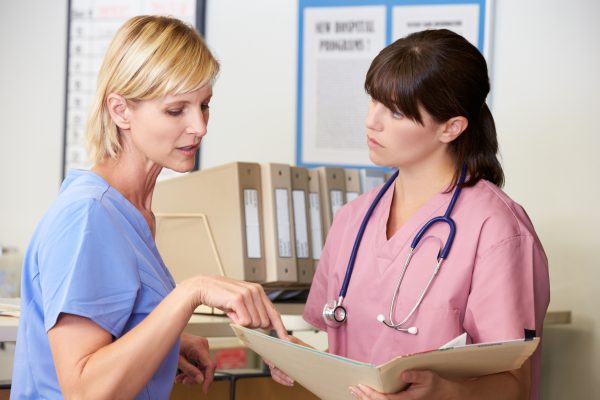 Getting a clearer picture on delegation

U.S. Sen. Hillary Clinton evoked the African proverb “It takes a village to raise a child” to stress the importance of a collective approach to meeting children’s wide-ranging needs. Although it may not quite take a village to provide care to a group of patients in today’s hectic healthcare environment, it generally takes more than the efforts of registered nurses (RNs) alone.

“There is a great deal of confusion over the issue of delegation, even though nurses have been delegating tasks to others, based on need or urgency, since the profession began,” says Linda Warino, RN, BSN, CPAN, a member of the Board of Directors of the American Nurses Association (ANA) and executive director of Ohio Nurses Association’s District Three.

To help nurses and healthcare employers understand their roles in delegation, ANA and the National Council of State Boards of Nursing (NCSBN) recently approved a joint statement on delegation. (NCSBN’s membership comprises the boards of nursing in the 50 states, the District of Columbia, and four U.S. territories.) Both organizations define delegation as “the process for a nurse to direct another person to perform nursing-related tasks and activities.”

“Delegation is a way to get things done, and given the likelihood of an even greater nursing shortage, it is going to be an increasingly important strategy for nurses to use,” explains Vickie Sheets, RN, JD, CAE, director of Practice and Regulation at NCSBN. “And that means that nurses need to know which tasks they must keep, and which they can safely let someone else perform.”

The merging of minds

Over the years, ANA has addressed issues surrounding the use of nursing assistive personnel, often working in concert with nursing, other healthcare and workplace organizations, individual RNs, employers, and policy makers. The goal always has been to ensure safe, high-quality care.

The ANA board also has long-standing statements detailing its position on the use of nursing assistive personnel and the need to better educate RNs about delegation. In 2005, the board approved a comprehensive document called “Principles for Delegation” to help RNs navigate delegation.

“This joint statement offers common language and a consistent approach to delegation from our two leadership organizations,” says Mary Jean Schumann RN, MSN, MBA, CPNP, director of nursing practice and policy at ANA. “It explains what delegation is and the theory behind it. The statement also provides a clear sense of the obligation that managers and administrators have in delegation. This document will help RNs understand delegation, so they will be able to keep their patients safe, as well as protect their ability to practice professionally.”

Key principles of the joint statement

The joint statement lays out 10 principles, including the following:

•   The RN is responsible and accountable for providing patient care through the nurse’s practice.

•   The RN directs care and determines the appropriate use of any assistant providing direct patient care.

•   The RN may delegate components of care but not the nursing process itself—such as assessment, planning, and evaluation. (For example, nursing assistants may be able to take a patient’s vital signs, but RNs must assess the patient based on those findings or perhaps take vital signs themselves, based on patient acuity.)

•   Communication must be a two-way process between the RN and assistive personnel.

•   The RN uses critical thinking and professional judgment when following the “Five Rights of Delegation.” Those key components state that the RN delegates the right task to the right person under the right circumstances. They also state that the RN must provide the right directions and ongoing communication, as well as the right oversight and evaluation of the delegatee.

Understanding the “Five Rights” is crucial, according to Schumann and Sheets. In her previous experience as a state nursing board staff member, Sheets recalls that nurses generally faced disciplinary action not because they delegated but because they didn’t adequately monitor or follow up on the assistant’s work or concerns.

Understanding the context of nursing practice

To help nurses identify the right person and tasks to delegate, the joint statement emphasizes that nurses must understand the “context” of their practice, which means they must know their state nurse practice act, professional standards, and facility policies and procedures on delegation.

“Many nurses don’t know what’s in their nurse practice act,” Sheets says. She recommends that nurses read their practice act (which is state law) and accompanying administrative rules. Nurses should specifically look at the sections on definitions, scope of practice, grounds for discipline, exemptions and any special sections, which may include information on delegation.

Other vital components of the joint statement include two principles that go beyond the individual nurse, according to Warino, also a long-time staff nurse.

One principle calls for organizational accountability for delegation through several means, such as ensuring sufficient staffing with an appropriate staff mix, as well as giving RNs access to information on the competence of staff to whom they are delegating. A related principle calls for holding chief nursing officers accountable for establishing systems to assess, monitor, verify, and communicate ongoing competence requirements in areas related to delegation.

“Nurses don’t always know the competencies of the people they are working with, especially given the transient nature of assistive healthcare staff,” Warino says. Nurses need “up-to-date information so they know which tasks assistive staff can be given safely.”

Schumann agrees, saying nurses are “nervous about delegating and often express that they’re only comfortable when they do the tasks themselves.”

For some nurses, that fear comes from never having learned how to delegate effectively. Nurses who came into the profession under the team nursing model generally find it easier to delegate tasks than those whose initial practice was grounded in primary care nursing, according to Schumann.

“Delegation is something to be learned, and you have to practice it to get good at it,” Sheets remarks. “And there are fewer role models available to new nurses to help them learn this process.”

Whatever the reason for nurses’ reluctance to delegate—safety, the desire to be totally responsible for completing their tasks, lack of education—the joint statement reinforces the message that administrators need to provide RNs with the educational support they need to delegate effectively.

Both organizations also agreed that the decision of whether to delegate is based on the RN’s judgment. Before delegating a task, the RN must consider such factors as the condition of the patient and the degree of supervision that will be required for the task to be delegated safely.

“Nurses need to know that they can’t be forced to delegate,” Warino says. “It is their choice and the institutional support needs to be there that will allow them that choice.”

“This joint statement represents the collective wisdom of the professional association and regulators on the important issue of delegation,” says Susan Tullai-McGuinness, RN, PhD, who helped craft ANA’s delegation principles and subsequently the joint statement. “We want to disseminate this information widely—to nurse educators who can use it to teach students how to delegate, as well as to nurse administrators and staff development nurses who can reach practicing RNs.”

To that end, ANA and NCSBN have been meeting to develop ongoing methods to promote and disseminate the document, according to Schumann.

“No matter what setting nurses are working in, they are going to find themselves needing to delegate because of the nursing shortage and resultant emergence of new nursing models,” Tullai-McGuinness says.

Warino emphasizes that the principles aren’t aimed at placing cost-saving strategies over patient safety. Rather, they are meant to be viewed as a way to help nurses understand the right way and the legal way to delegate.

For ANA’s “Principles for Delegation,” visit www.nursingworld.org. For NCSBN resources, visit www.ncsbn.org. Also watch this column and ANA’s publication The American Nurse for updates on dissemination of the Joint Statement on Delegation.