HAART and its effects on the heart 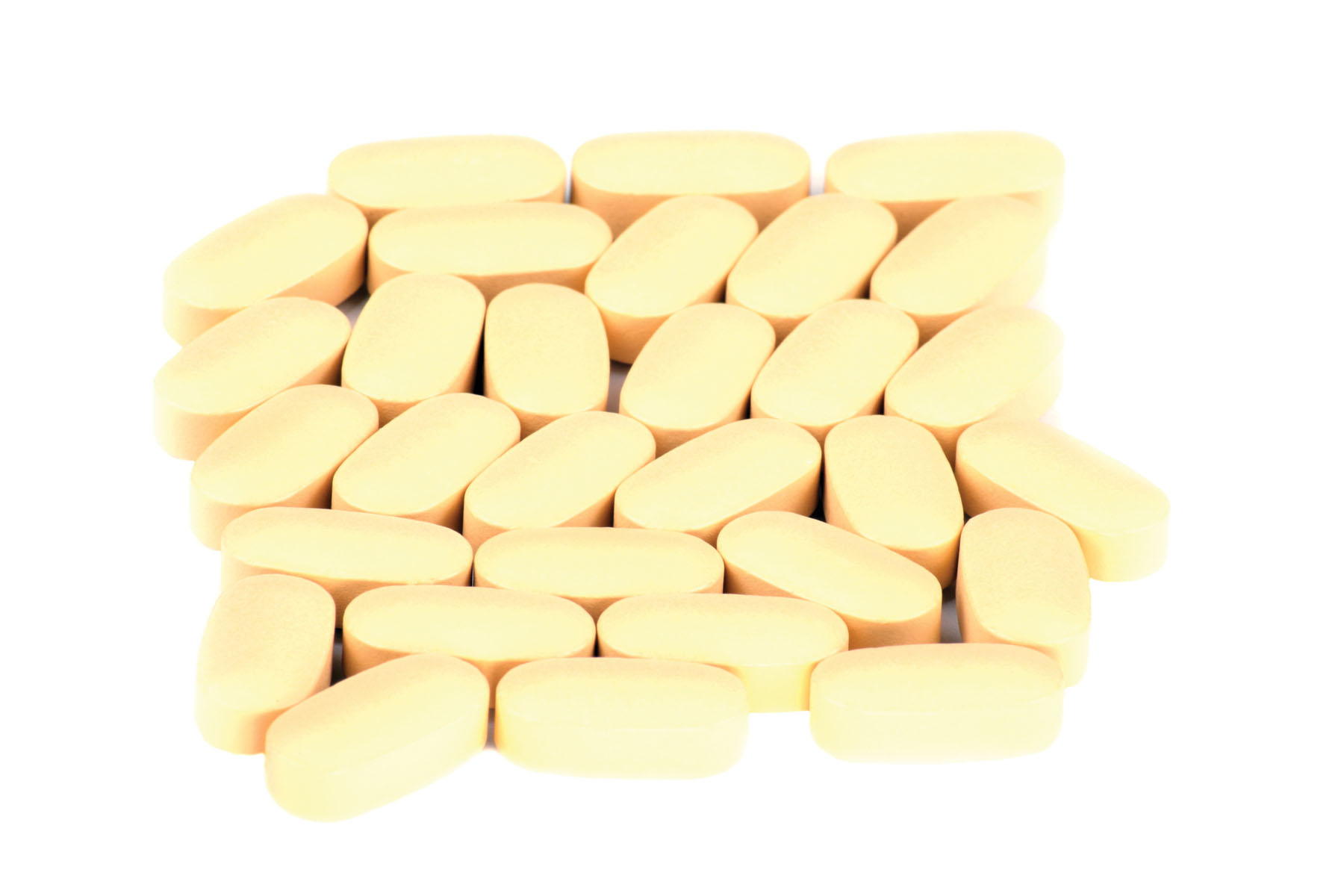 You’re working nights on a cardiology unit when you get the following report on your new admission: Marc Lindeman, age 54, arrived at the emergency department with diaphoresis and anxiety, complaining of chest pain that he rated 10 on a 1-to-10 scale. A 12-lead electrocardiogram (ECG) showed ST elevation in leads II, III, and aVF; his troponin level came back elevated. After receiving morphine, his chest pain eased. His medical history is significant for hypertension, cigarette smoking, and human immunodeficiency virus (HIV) infection, for which he takes antiretroviral therapy.

When Mr. Lindeman arrives on your unit for treatment of his newly diagnosed coronary artery disease, he is pain-free but exhausted. The ECG monitor shows a normal sinus rhythm. He reports he has never been hospitalized before and says his HIV level is “so low they can’t even measure it.” He is started on pravastatin 20 mg daily, lisinopril 10 mg daily, metoprolol 25 mg twice daily, and aspirin 325 mg daily.

Examining Mr. Lindeman’s medication list, you realize he’s on highly active antiretroviral therapy (HAART). HAART combines at least three antiviral drugs to aggressively suppress HIV replication. (See HAART: Why combination drug therapy is crucial by clicking on the PDF icon above.) With its widespread use, HIV/AIDS has become a manageable chronic disease. For many patients, such as Mr. Lindeman, it’s not even a chief complaint—simply a medical history item.

Although HAART doesn’t cure HIV, it inhibits viral replication and slows the destruction of CD4+ T cells (the white blood cells that HIV infects). Its goal is to lower the HIV viral load to an undetectable level.

Mr. Lindeman’s medications include Kaletra, two tablets twice daily; Truvada, one tablet once daily; and hydrochlorothiazide 25 mg daily for hypertension. Both Kaletra and Truvada are combinations of two antiretrovirals. Kaletra combines the protease inhibitors (PIs) ritonavir and lopinavir. PIs stop HIV in its final replication stage, when the infected CD4+ T cell is assembling viral proteins. Ritonavir and lopinavir are metabolized along the same pathway and thus interact. Ritonavir raises the blood level of lopinavir, making it more potent; it’s commonly used as a “boost” for other PIs but seldom for its own PI activity.

Truvada, the other antiretroviral Mr. Lindeman takes, combines the nucleoside/nucleotide reverse transcriptase inhibitor (NTRI) emtricitabine with tenofovir (a nucleoside). NRTIs work early in the process of viral replication to block reverse transcriptase, an enzyme that allows the ribonucleic acid (RNA) in HIV to create deoxyribonucleic acid (DNA) and take over operation of the CD4+ T cell. Unlike with Kaletra, both Truvada agents are used for their action against HIV, not as a “boost.” (See Fast facts about antiretrovirals by clicking on the PDF icon above.)

While HAART improves the quality of life and can prolong survival, it can cause adverse effects and drug interactions. For instance, Kaletra can affect lipid and glucose metabolism, while tenofovir can impair renal function. To detect adverse effects, patients should undergo regular tests, such as glucose and lipid measurement, blood urea nitrogen and creatinine measurement, and glomerular filtration rate.

Also, clinicians need to consider possible interactions between HAART agents and medications prescribed for other conditions. For instance, many of the statins used to lower cholesterol levels are metabolized along the same pathway as PIs. Atazanavir, a common PI, interacts with proton pump inhibitors commonly given to prevent gastric ulcers during hospitalization.

Persons with HIV/AIDS who take HAART have a higher risk of cardiovascular disease than others in their age group. Although experts aren’t sure why, many suspect the reason is HIV itself, along with adverse effects of HAART. Actually, HAART can improve cardiovascular function by suppressing endothelial inflammation caused by the disease—but it also may reduce high-density lipoprotein levels, increase triglyceride levels, and cause insulin re­sistance and hepatic steatosis. Nonetheless, HAART’s benefits far outweigh the risks of untreated HIV.

HAART recommendations include the use of two NRTIs and one or two medications from another antiretroviral class. Several combinations of two NRTIs in one pill are available.

Current guidelines separately address patients who are treatment-naïve (have never taken HAART) and those who are treatment-experienced. Treatment-naïve patients commonly are prescribed Atripla, a combination agent that offers a complete HAART regimen in one tablet, taken once daily at bedtime on an empty stomach. The convenience of once-daily dosing and a single pill makes Atripla ideal for most patients. It combines two NRTIs and one non-nucleoside reverse transcriptase inhibitor (NNRTI). NNRTIs attach themselves to reverse transcriptase, stopping it from converting RNA to DNA and thus preventing cells from producing new virus.

Strict adherence to HAART is essential to controlling HIV. Mr. Lindeman’s report that his viral load is undetectable suggests he has been taking his drugs consistently; missing as few as 10% of prescribed doses can lead to viral replication, as shown by a detectable viral load. Allowing viral replication during HAART creates a high risk of drug resistance. Therefore, urge patients to continue HAART without interruption. To assess HAART’s effectiveness, viral loads and CD4+ lymphocyte counts must be monitored. The viral load reflects the impact of HAART therapy on viral replication. (See Diagnostic tests for HIV by clicking on the PDF icon above.)

For HIV-positive patients who’ve never taken HAART, clinicians must carefully weigh the decision of when to initiate the regimen. Current guidelines recommend starting HAART when the patient’s CD4+ T-cell count is below 350 cells/mm3. Most experts recommend starting HAART with a count between 350 and 500 cells/mm3; some favor starting it with a count above 500 cells/mm3. In addition, such factors as social support, patient self-efficacy, and financial resources can affect adherence. Prescribing HAART for patients who aren’t likely to adhere to the regimen raises the risk of drug resistance and does more harm than good. Many infectious disease practitioners prefer to start HAART after discharge so adherence strategies can be implemented as part of the usual daily routine.

Health promotion is essential for Mr. Lindeman’s cardiovascular health. If he expresses doubt about adjusting to his new diagnosis of coronary artery disease, remind him of his success in managing HIV. Teach him about his new cardiac medications, and make appropriate recommendations on proper nutrition, exercise, and smoking cessation. Review with him his current CD4+ T-cell level and viral load, and assess his understanding of these values.

Remind him that with HAART, the rule of thumb is all or nothing. Caution him to never take only part of the regimen, and stress the importance of taking the drugs exactly as prescribed following a daily schedule. Inform him it’s safer to stop HAART completely than to take a partial regimen or skip doses.

Finally, tell him that although HAART is effective in preventing immune suppression and opportunistic infections, it doesn’t cure HIV. HIV patients can transmit the virus to others even when undergoing successful treatment with HAART.
Understanding how HIV and its treatment can affect cardiovascular status can improve patient outcomes. The education you provide can affect patients’ long-term prognosis, helping them achieve and maintain control of HIV while safeguarding their cardiovascular health.

Sarah Delgado is an Assistant Professor at the University Of Virginia School of Nursing and a nurse practitioner in the Division of Infectious Diseases at the University of Virginia Health System in Charlottesville. Kathryn Dort is a nurse practitioner in the Department of Medicine, Division of Infectious Disease and International Health at the same facility.