Helping patients who harm themselves 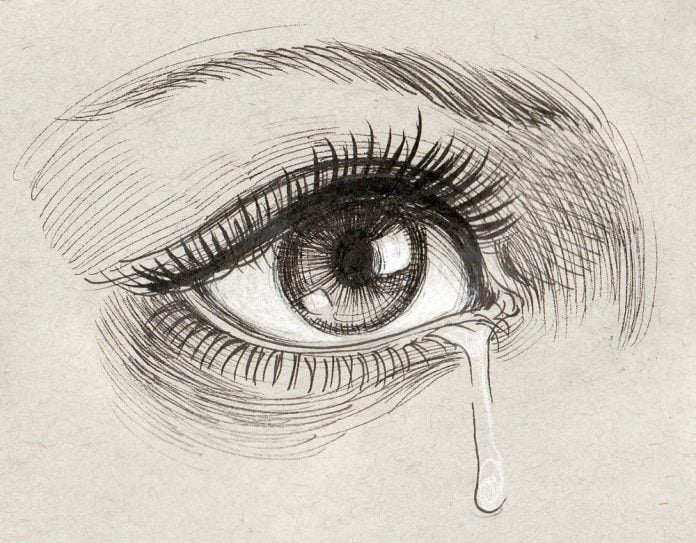 Why would someone deliberately hurt herself? The notion might seem odd—but as a nurse, you may encounter patients with signs of selfinjury (also called cutting, selfinflicted violence, self-harm, or self-mutilation). Cutting the skin is the most common form of self-injury. Other forms include self-burning or branding, pulling out the hair (trichotillomania), and embedding items under the skin—for example, sewing needles or paper clips. Over time, individuals may harm themselves repetitively; some report they’re addicted to this behavior.

Although self-injury by itself doesn’t indicate suicide risk, it can lead to serious health consequences. Cutting too deeply or getting an infection at the injury site may lead to septic shock or, in rare cases, death. Self-injury also has detrimental effects on mental and emotional wellbeing and leads to feelings of guilt, self-loathing, and shame.

When encountering patients who seek treatment for self-inflicted wounds, some healthcare professionals may become frustrated, especially if they’re not adequately educated about this behavior. To make a significant difference in these patients’ lives and provide ethical and equitable care, you need to understand their behavior, be able to identify warning signs, and promote effective treatment.

For many who harm themselves, the act is a ritualistic event performed in a premeditated way in a controlled environment. Some devote considerable time to finding the right utensil and go to great lengths to carry out the injury.

Many self-injurers try to hide the injury out of guilt or embarrassment. They may wear long sleeves in the summer and make excuses for telltale marks, claiming they’re from animal scratches. But others are forthcoming about the real cause, even showcasing intricate carvings—especially when admitted to a mental health facility.

Self-injury is most common in adolescent females but can occur in adults. Some studies suggest females are more likely to harm themselves, but other research has found no gender differences.

With an incidence of just 1%, self-injury isn’t common. Accurate estimates of its incidence and prevalence are challenging because most people who injure themselves conceal their behavior.

Body areas most often abused are the legs, arms, and front of the torso. These areas typically are covered by clothing, so if you suspect self-injury, be sure to examine them and intervene early to help eliminate this unhealthy coping method.

Why they do it

Always a cry for help, self-injury typically arises secondary to a core problem and is linked to a stressful situation. The person can’t cope with deep psychological pain in a healthy way and self-injures to relieve pain or eradicate emotional numbness. Self-injury causes immediate release of endorphins, which can help the person escape temporarily from emotional pain. Although short-lived, this endorphin-induced euphoria can easily lead to addiction.

Reasons for self-injury can be complex and in many cases stem from trauma or psychological disorders. The behavior is common in victims of sexual abuse and in persons with eating disorders, borderline personality disorder, cognitive impairment disorders, obsessivecompulsive disorder, and dissociative identity disorder. People with psychosis may hear voices commanding them to hurt themselves.

Many people who harm themselves chronically have posttraumatic stress disorder (PTSD) resulting from emotional, sexual, or physical abuse or neglect as a child or an adolescent. In some cases, this behavior is an attempt to keep a loved one concerned and connected (most common in those with borderline personality). In others, it represents an attempt to relieve stress, as from financial or marital problems or parenting issues. Self-injury occurs in an estimated 25% to 40% of persons who already have mental health issues.

Self-injury may be a response to anger and rage. Generally an impulsive act, it may have a symbolic meaning. Many patients injure themselves to express emotional pain; they may use their scars to remind themselves of their pain or show the scars to others to demonstrate what they’ve experienced.

In some people, physical pain caused by self-injury substitutes for the emotional or physical pain of an earlier experience, thereby displacing the previous pain. Other reasons people give for harming themselves include:

• desiring to gain power and control

• wishing to feel emotions other than despair

• attempting to influence and manipulate others.

Here’s how one patient described her cutting experience: “I thought I needed to be punished, that I was bad. I’d cut myself and get relief from seeing my own blood. It was as though my feelings were flowing out.” (See Understanding the self-injury sequence.)

Many adolescents lack awareness of the effects of their actions and have trouble restraining their impulses and making rational decisions. For some, this combination of factors makes self-injury an option for immediate release from emotional pain.

Adults who harm themselves may be harder to treat because the behavior may be a longstanding; some mentally ill persons begin harming themselves during childhood. Many people don’t seek help due to shame and guilt. Self-harming adults may be dually diagnosed with depression, bipolar disorder, or borderline personality disorder.

Focus on uncovering and understanding the patient’s reason for self-harming, and tailor therapeutic interventions accordingly. Remember— as with any behavior change, the desire to change has to come from the patient.

Offer support and guidance by:

• being empathetic and supportive without reinforcing self-harming behavior

To promote honest expression of feelings, establish a relationship built on trust and openness. Consider using motivational interviewing, a nonconfrontational technique that allows the patient to review the pros and cons of continuing the behavior. This approach gives the patient control and reduces the fear of judgment.

Realize the patient may have experienced criticism and rejection from many individuals, including medical professionals. Scolding and chastising could lead only to more frustration and guilt and increase the patient’s motivation to conceal selfinjuring behavior. Instead, use simple interventions, such as emphasizing that the patient isn’t alone.

In some cases, treatment may include medication as an adjunct to nonpharmacologic interventions. The most successful treatment for self-injury combines one-on-one therapy (with an experienced provider) with relational group psychotherapy, support groups, or peer associations.

Support groups can be effective in reducing symptoms. Many individuals who’ve stopped harming themselves have described the importance of peer support in learning how to stop the behavior when the urge arises. Group therapy can help patients gain insight, learn adaptive coping behaviors, and become aware of their triggers— stressors that precipitate self-injury. (See Behavioral interventions.)

Most people who injure themselves can overcome the behavior, but doing this takes time. It also requires knowledgeable, empathetic healthcare providers. You can promote healthy expression of feelings by establishing rapport, building trust, guiding patients toward healthy coping skills, and teaching them about safe alternatives to harming themselves. Reassure them there’s hope for an end to their emotional suffering.

Gaultiere B. Caring for people who cut themselves (Help for self-injury). 2012.