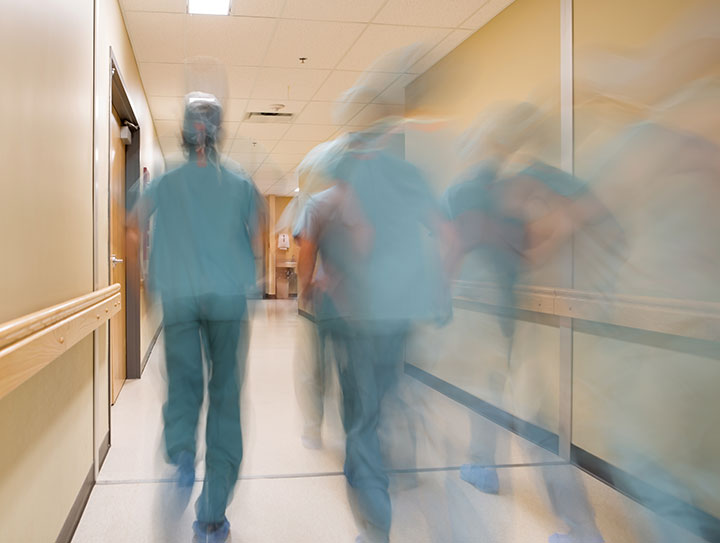 Robert Johnson,age 52, is admitted to the cardiac-renal unit. He came to the hospital for arteriovenous fistula placement, but surgery was cancelled because of hypertension and hyperglycemia. Mr. Johnson’s medical history includes chronic kidney disease (CKD) and type 1 diabetes. He’s on hemo­dialysis and has been taking insulin for over 20 years.

At bedtime, Mr. Johnson’s point-of-care blood glucose (POC BG) level is 206 mg/dL, and he receives 15 units of insulin detemir subcutaneously. When his POC BG is checked the next morning at 5:45 am, it’s 145 mg/dL. At 9:30 am, his breakfast tray arrives and you administer 5 units of insulin aspart subcutaneously. When you check on Mr. Johnson around 10:15 am, you find him slumped over in bed, and he hasn’t eaten any of his breakfast. 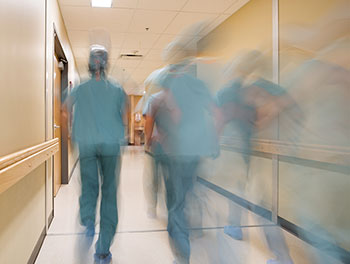 When you attempt to wake up Mr. Johnson, he’s cold and clammy. He slowly opens his eyes but doesn’t respond verbally. You take his vital signs and ask the nursing assistant to check his blood glucose. Suspecting severe hypoglycemia, you call the rapid response team (RRT). Mr. Johnson’s initial vital signs are heart rate 69 beats/minute, blood pressure 164/99 mmHg, respirations 16 breaths/minute, temperature 94.3° F (34.6° C). His POC BG is 17 mg/dL. When the RRT arrives, you summarize Mr. Johnson’s history, medications, and lack of food intake. The RRT leader orders 50 mL of dextrose 50% in water administered via his peripheral I.V. Within minutes, Mr. Johnson becomes more alert; his follow-up POC BG is 72 mg/dL. The RRT leader orders a continuous infusion of dextrose 5% in water at 20 mL/hour for refractory hypoglycemia.

You notify Mr. Johnson’s endocrinologist of the hypoglycemia and continue to monitor Mr. Johnson’s blood glucose and food intake. His POC BG an hour after breakfast is 177 mg/dL. For the remainder of Mr. Johnson’s stay in the hospital, his food intake and insulin are closely observed to evaluate for needed dosage changes. He’s now eating 75% to 100% of his meals and experiences no further hypoglycemia.

Hypoglycemia is common with type 1 diabetes, especially in patients receiving insulin therapy. CKD is an independent risk factor for hypoglycemia and can increase the existing risk for people with diabetes. Severe and prolonged episodes of hypoglycemia may cause serious complications, including brain damage or even death, if left untreated. When administering insulin in the hospital, be aware of the symptoms of hypoglyce­mia, which include confusion, sweating, excessive hunger, fainting, fatigue, or shakiness.

Patients with CKD have altered kidney function, which can inhibit insulin clearance, affecting insulin onset, peak, and duration. Insulin dosages may need to be decreased for these patients, especially the day after hemodialysis.

Mr. Johnson’s hypoglycemia stemmed from receiving rapid-acting insulin and then failing to eat breakfast. His history of CKD added other risk factors for hypoglycemia, including altered insulin metabolism. To reduce Mr. Johnson’s risk of a similar episode, you provide hypoglycemia education before he’s discharged.