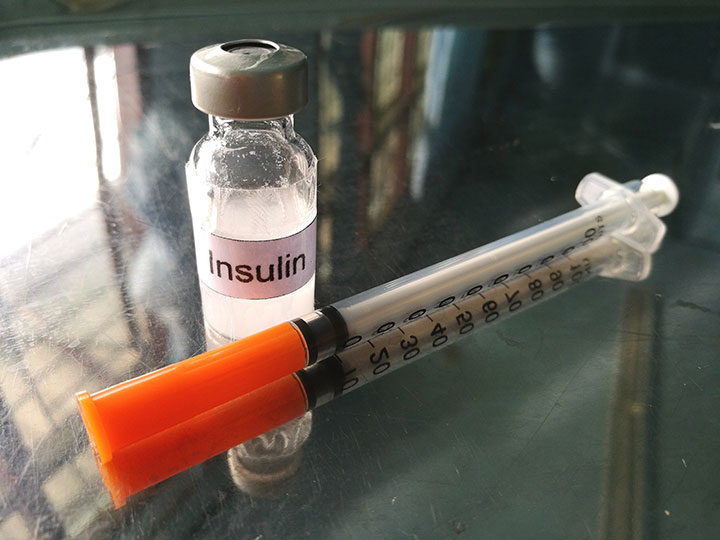 Editor’s note: This article is the first in a two-part series brought to you in partnership with the International Safety Center. Watch for the next article on building programs to reduce sharps injuries for insulin injection in a future issue.

In the United States, the Centers for Disease Control and Prevention estimates that more than 30 million people live with diagnosed or undiagnosed diabetes, and the American Diabetes Association estimates that 1.5 million Americans are newly diagnosed with diabetes every year. Increasing rates of diabetes, especially insulin-dependent type 2 diabetes, translates into more injection devices (both syringes and multidose pen needles) in all healthcare settings, which is starting to manifest as increased rates of needlesticks to nurses.

According to the International Safety Center’s Exposure Prevention Information Network (EPINet) data from 2012 to 2016, injuries from disposable syringes make up most needlesticks (28.1%), and of those, 19.5% are from insulin syringes. Nearly 95% of all injuries from insulin syringes occurred to nurses, and more than 90% of those recorded by EPINet hospitals occurred in patient or exam rooms.

The Occupational Safety and Health Administration (OSHA) Bloodborne Pathogens standard (BPS) (29 CFR 1910.1030), as modified by the 2000 Needlestick Safety and Prevention Act, requires the evaluation and use of safety-engineered medical devices for the sole purpose of reducing injuries from contaminated needles. Safety-engineered designs of disposable syringe needles include sheaths and covers, retractable and blunt needles, and those that are single-handed and intuitive to use. You’ll also find designs for multidose pens, which have two sharp ends—on the patient or front end and on the device or back end.

The OSHA BPS requirements include involving frontline nonmanagerial staff members in the evaluation of disposable insulin syringes and pens to ensure safety devices will be used and that safety features will be activated. EPINet data indicate that although 35.3% of devices with safety mechanisms were used in the last 5 years, only 34.6% were activated. Increasing safety feature activation protects the device user as well
as those downstream who may encounter it, including environmental services workers, other members of the clinical team, and facility visitors.

Now that you know the facts, here are some steps for protecting yourself and those around you from needlestick injuries. 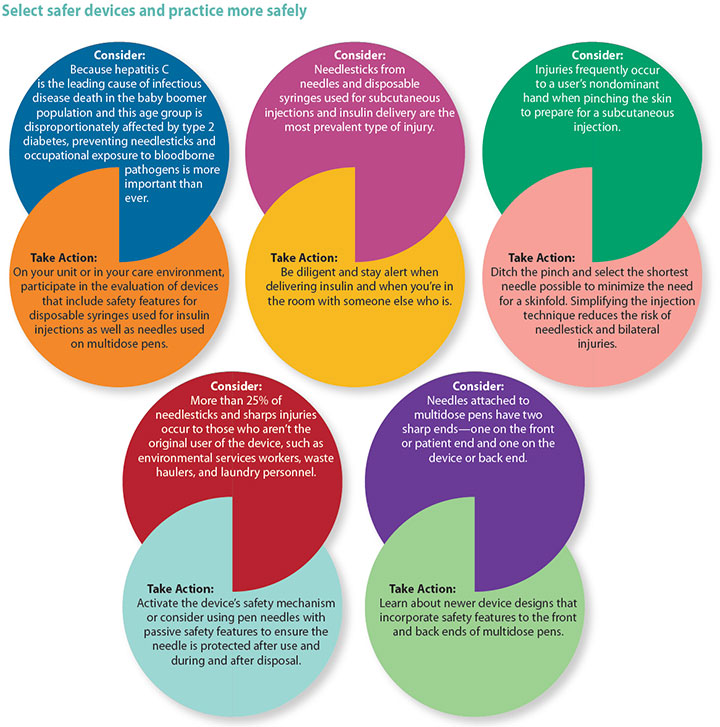 Almost 95% of needlesticks from disposable syringes used for insulin injection are sustained by nurses. By participating in the evaluation of safety devices, consistently activating safety features, and improving your technique, you can help prevent injuries to yourself and others.

Centers for Disease Control and Prevention. CDC Newsroom: Rates of new diagnosed cases of type 1 and type 2 diabetes on the rise among children, teens. April 13, 2017.