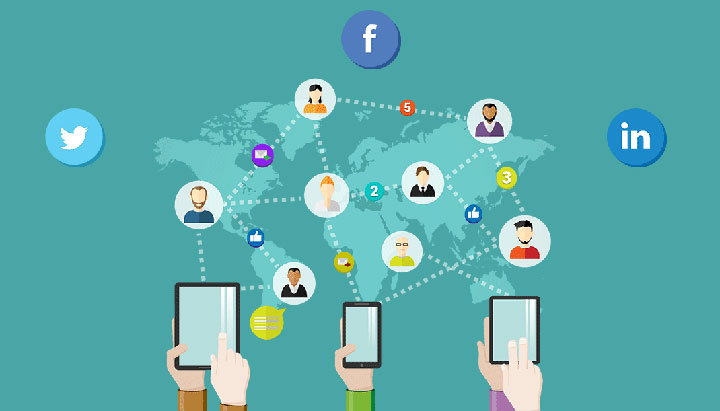 Gone are the “Dear Diary” days when one’s written frustrations or observations were kept under lock and key—or perhaps spoken in confidence to a trusted friend. Instead, some nurses and nursing students, like the general public, are sharing their lives through social networking websites, such as Facebook, Twitter, and MySpace. And some of those online postings blur the lines between personal and private, raising questions about free speech vs ethical breaches.

According to Laurie Badzek, JD, MS, RN, LLM, director of ANA’s Center for Ethics and Human Rights, social networking is increasingly the way physicians, patients, nurses, and the public are communicating. “Health care providers are using social networking and e-mail to talk with patients and about patients. While it is convenient, the potential for ethics violations is huge,” says Badzek, also a professor at West Virginia University School of Nursing. “Some students are posting information they think is generic, but many times it’s not.”

Another concern is that some employers and educational institutions check social networking sites to gain more information on potential or current employees. Should an off-hours photo taken of an employee with an alcoholic drink in her hand affect her professional career? A recent Microsoft survey found that 70% of employers rejected job candidates after finding “unsuitable” photos or “inappropriate comments” (such as complaints about employers) on social networking sites used by applicants.

Then there’s the potential for cybercrime. The Federal Trade Commission reports that as many as nine million Americans fall victim to identity theft annually. Some personal information from online résumés and networking sites can be misappropriated.

Both the hazards and the benefits of social networking were addressed at ANA’s House of Delegates (HOD) in June 2010, and nurse delegates ultimately passed a resolution on social networking introduced by the North Carolina Nurses Association (NCNA).

Social networking is here to stay, according to Badzek and several HOD delegates. So nursing must figure out ways to better educate nurses, students, and employers about using social networking responsibly, without violating anyone’s rights.

ANA/California President and HOD delegate Elissa Brown, MSN, PMHCNS-BC, borrowed from Einstein to sum up where she thinks health care is when it comes to social networking: “It has become appallingly obvious that our technology has exceeded our humanity.”

She adds, “We’ve become very technologically advanced, but we generally don’t plan ahead for problems or build in the needed safeguards. Social networking and texting within health care clearly have ethical and practice implications.”

The good, the bad, and the ugly

It was NCNA’s Council on Nursing Informatics that recognized the need for nurses to be more aware of—and savvy about—social networking’s pitfalls, says NCNA President Ernest Grant, MSN, RN. NCNA passed its own resolution created by the council on this issue in 2009, and then took it nationwide to nurses at the HOD.
The HOD-approved resolution specifically asks ANA to support the application of ANA’s foundational documents—Code of Ethics for Nurses, Nursing’s Social Policy Statement: The Essence of the Profession, and Nursing: Scope and Standards of Practice, 2nd Edition—to the use of social networking. It further calls on ANA to encourage and support research on the use of social networking as it relates to nursing.

In its report to HOD, NCNA wrote that online social networking allows persons to interact and learn with fellow students in an environment such as Second Life (an online, 3D, virtual world), connect with previous and current colleagues via LinkedIn and other professional sites, update family and friends with posts on sites such as Facebook, and learn new techniques on YouTube. Interacting through these sites can offer nurses support, information, and collaborative opportunities.

“One of the most important benefits of social networking is that it allows nurses to maintain friendships within the profession around the world,” Grant says. “It also is a good way to dialogue and prepare for staffing and other trends that are occurring within nursing, especially at the grass-roots level.” (ANA itself uses social networking sites to engage members in its efforts.)

Negative aspects of social networking, NCNA reports, can include cyber-bullying, stalking, loss of privacy, legal liability, and employability and benefits issues. Sharing, even anonymously, about patient workload, work site, coworkers, or experiences can lead to violations of the Health Insurance Portability and Accountability Act (HIPAA) or disciplinary actions against employees, according to the NCNA report.

The National Council of State Boards of Nursing confirmed that nurses have been dismissed from their positions because of social networking misuse, and it is working on guidelines regarding social media.

Grant sees the invasion of a person’s privacy as one of the major pitfalls. “Some nurses feel that if they want to let their hair down on the weekend or while they’re on vacation and post a comment or a photo about it, they should be able to,” he says. “They feel that their employer should not make judgments about them based on what they do on their own time…They also have no power over what other people may post about them.”

Washington State Nurses Association President Julia Weinberg, RN, says she knows of cases where nurses have been disciplined or terminated because they shared information online as a way to debrief with friends using work computers.

Adds Brown, “In this age of information, people worry that someone could use things against you or that an employer may be more inclined to monitor the computer use of a less-than-perfect employee than that of a ‘star’ employee, even if they both engage in social networking.”

Maryland Nurses Association immediate past president Rosemary Mortimer, MS, MSEd, RN, CCBE, says she first became concerned about social networking’s misuse after a conversation with a young nurse. “She told me that patients were ‘friending’ nurses on Facebook, and nurses were ‘friending’ them back,” Mortimer says. “She asked me if I thought what they were doing was a problem.”

After in-depth discussions with colleagues at several institutions, Mortimer realized that this blurring of professional and personal lines among students, nurses, and others in health care was a national problem.

“I’ve heard of students who couldn’t get jobs because of what they put on their [social networking] pages,” Mortimer says. “I also heard a story about a student who thought a young patient was ‘so cute’ that she took a picture of her with her phone and posted it on her web page.”

“Everything in their lives is an open book,” Mortimer says. But they don’t seem to understand professional parameters or have the common sense to not post aspects of clinical experiences that must remain confidential. “This is not about denigrating students,” she says. “We talk to them about HIPAA, ethics, and patient confidentiality, but it is just not translating with the way they communicate.”

What happens next, what can happen now

Grant and Brown want to see more research being done on all social networking sites and their uses. Brown also would like to see nursing set standards and guidelines on the use of social networking, ensuring that nurses who actually use this technology are helping to develop those guidelines.

Weinberg agrees, adding, “We need to educate nurses about using social networking in a professional and respectful way. And given that students are so wired these days and sometimes overexuberant [about sharing their experiences], we really don’t want them to start their careers in the wrong direction.”

Nurses also say that while some healthcare facilities already block certain sites, all RNs should ensure that they aren’t accessing personal sites during work hours using work computers. And they should know the standards, ethics, and laws that apply to maintaining patient confidentiality and privacy. ANA’s Code of Ethics is explicit regarding the need for nurses to maintain professional boundaries and patients’ privacy and confidentiality.

Grant also suggests that nurses perform a self-check on what they may choose to share online. “I’m old school,” Grant says. “I think that if you’re a professional, you are a professional 24/7. And because we are in a profession that’s highly regarded by the public, we really are under the microscope…Nurses really need to think about how much information they put out there. Once it’s written [in cyberspace], it can’t be taken back.”

Weinberg says a good strategy to follow is, “Don’t post anything that you wouldn’t feel comfortable saying to a person face-to-face or that could potentially be a HIPAA violation.”

Mortimer concludes, “Social networking is a wonderful way of keeping in touch and talking about issues. But it must be done in a way that does not exploit the vulnerable—our patients.”

Susan Trossman is the senior reporter in ANA’s communications department.