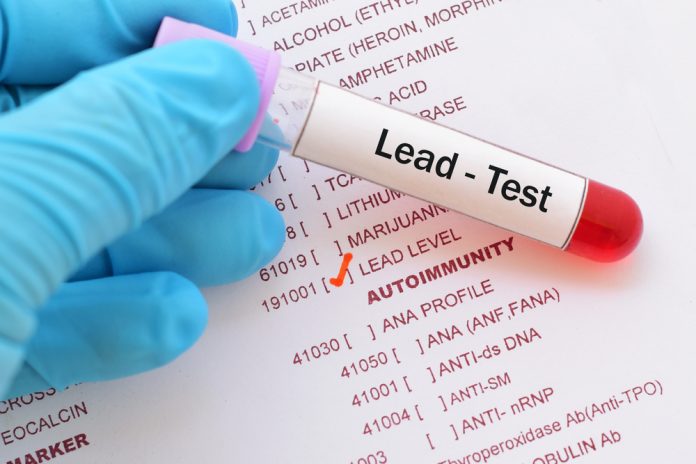 According to the Centers for Disease Control and Prevention (CDC), more than 500,000 children between 1 and 5 years old have blood lead levels (BLLs) that threaten their health. Common sources of lead exposure include homes built before 1978, water pipes, toys and jewelry, candies, traditional home remedies, and some jobs and hobbies (for example, stained glass work). Children younger than 6 years old are at risk of lead exposure when they touch objects contaminated with lead dust and then put their hands in their mouths. (See Lead exposure facts.)

Lead exposure occurs via ingestion or inhalation. If left untreated, it can lead to dysfunction in various systems, including:

Lead toxicity signs and symptoms include:

Many patients with high levels of lead toxicity are diagnosed with iron-deficiency anemia.

The following case study demonstrates the assessment, diagnosis, and treatment of lead toxicity and includes a discussion of nursing implications.

Alex*, a 5-year-old boy, is brought to the school nurse when he tells his teacher he has a headache. The teacher reports that she has noticed Alex’s lack of interest in playing with his peers and that he’s frequently irritable and distant at story time. He’s also been hyperactive and inattentive.

Alex’s vital signs are blood pressure 89/70 mmHg, temperature 98.5° F (36.9° C), respiration rate 20 breaths per minute, heart rate 80 beats per minute, weight 40 pounds (18.14 kg), and height 41.7 inches. The teacher says that Alex’s attention span is very short and that he appears restless and struggles to follow simple instructions. The nurse calls Alex’s mother, who says her son hasn’t been eating well and frequently complains of stomach pain. Based on the teacher’s recommendation, Alex’s mother takes him to the hospital for further evaluation.

Alex’s nurse knows that lead toxicity can cause central nervous system damage, resulting in cognitive impairment, hyperactive and inattentive behaviors, learning difficulty, and delay in achieving developmental mental milestones She also realizes that Alex’s other symptoms, such as loss of appetite and abdominal discomfort, could be caused from excessive lead in the body. Based on these observations, the nurse asks Alex’s mother about possible sources of lead and learns that he received some secondhand painted toys a few months ago.

Alex’s lab tests show a venous BLL of 70 mcg/dL (level of concern is ≥ 10 mcg/dL). (Venous BLL is the key diagnostic test for lead toxicity, but a fingerstick sample also can be used to screen for toxicity. If the fingerstick BLL is ≥ 5 mcg/dL, the diagnosis should be confirmed with a venous BLL.) Alex also has microcytic hypochromic anemia (hemoglobin 10.2 g/dL, hematocrit 30.6%, mean corpuscular volume [MCV] 76.6 fL [normal is 80 to 100 fL]). In addition, his mean corpuscular hemoglobin concentration is 30 g/dL (normal value is 32 to 36 g/dL). Microcytic hypochromic anemia reflects the production of smaller-than-normal red blood cells and is a sign of lead toxicity. Alex’s abdominal X-ray and ultrasound are normal, as are liver and kidney function lab tests.

Lead toxicity management is based its level and symptoms. Available chelation agents include calcium-ethylenediaminetetraacetic acid (CaNa2 EDTA) and dimercaprol (administered I.V.), and succimer and D-penicillamine (administered orally). The CDC recommends monotherapy (succiner or calcium EDTA) for children whose BLL is between 45 and 69 mcg/dL; however, for children whose BLL is ≥ 70 mcg/dL or who present with acute symptoms, combined calcium EDTA and dimercaprol is recommended. Because Alex has acute lead toxicity symptoms and his BLL is 70 mcg/dL, the provider orders calcium EDTA 50 mg/kg/day administered I.V.; oral administration isn’t feasible because of Alex’s acute abdominal and neurologic symptoms.

Dimercaprol. This chelation agent is administered in the first 12 to 24 hours after diagnosis if the patient’s BLL is > 70 mcg/dL. Peanut allergy is a contraindication for using dimercaprol. Adverse reactions include fever, rash, and hypertension.

CaNa2 EDTA. The provider may order CaNa2 EDTA (for 3 to 5 days as continuous I.V. therapy) if a patient’s BLL is > 70 mcg/dL or acute neurologic signs and symptoms are present. CaNa2 EDTA can cause mineral depletion or kidney failure. To prevent lead redistribution to the brain and to reduce or prevent the worsening of symptoms, CaNa2 EDTA is combined with dimercaprol. Intramuscular CaNa2 EDTA should be administered with procaine or lidocaine; adverse reactions include injection site pain. Adhere to medication guidelines for dosage and administration.

Succimer and D-penicillamine. The usual dose of oral succimer is 10 mg/kg every 8 hours for 5 days, then every 12 hours for 14 days. It may cause urticaria, neutropenia, or hepatic dysfunction. There are many different recommendations about the dosages for this medication; however, the American Academic Pediatric recommended dose is 10-15 mg/kg per day for 4-12 weeks, based on severity. It can’t be mixed with milk, iron supplements, or calcium-containing foods.

A complete blood count and ferritin levels should be monitored to rule out iron-deficiency anemia, which may coexist with lead toxicity.

Nurses should plan their care of patients with lead toxicity based on all treatment options, including patient and family education, environmental or nutritional interventions, or chelation therapy. The CDC’s lead prevention recommendations are delineated as primary (removing lead hazards from the environment) and secondary (screening with BLL or questionnaires). Tertiary prevention refers to keeping the lead already in someone’s body from causing further harm.

Alex completed the chelation therapy, and periodic whole-blood lead tests were planned as a follow-up with the pediatrician. Family education about how to prevent future lead exposure was provided. As a result, Alex’s mother threw out the painted toys. She now knows that no safe blood level of lead exists.

The authors work at Bronx Community College in the Bronx, New York. Shermaine Payne is an associate degree nurse. Myriam Jean Cadet is an assistant nursing professor. Kenya Harris is chair of the nursing degree program.

Writing for publication: Strategies for success