Lies and the lying liars who tell them 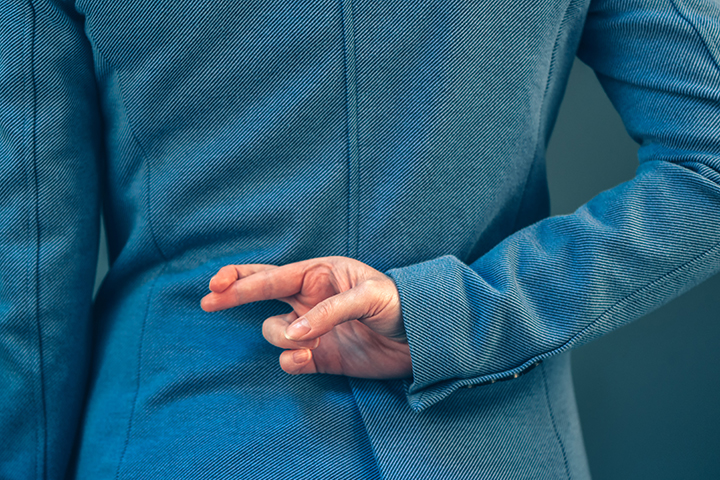 The impact of lying on individuals and society.

While human history is rife with evidence of lying, never has lying been writ so large as it is today. This is, indeed, the season for crafty and seasoned liars! What’s so amazing is that never before has it been so easy to find out if what people say is accurate. With cameras virtually everywhere—on our phones, in stores and homes, and on street corners—we have instant access to what people have said, and professional fact-checkers abound. One would think that lying is—or ought to be—a dying habit. Instead, people—particularly those in high-profile public positions—are lying or, at the very least, not checking the accuracy of what they’re saying. Moreover, many of the lies being told are egregious whoppers told by some of the most important people in our country.

Most research on lying shows that the average person tells about one lie per day. If this is accurate, then many of our political leaders are far above average. As Bok observes: “The moral question of whether you are lying or not is not settled by establishing the truth or falsity of what you say. In order to settle this question, we must know whether you intend your statement to mislead.”

Bok argues that the principle of veracity involves moral asymmetry between honesty and lies: lying requires justification (but only when the liar is caught in the lie), whereas truth telling does not. So, in general, telling the truth is easier than lying. In fact, researchers find that this principle of veracity guides everyday communication; people consider using deception only when the truth is problematic.

Exceptions to this general rule do exist. Pathological or compulsive liars lie habitually for no personal gain. Their lies are commonly transparent and often seem rather pointless. Sociopathic liars are goal oriented; they lie incessantly to get their way and do so with little concern for others. Grandiose or narcissistic liars will often exaggerate or outright lie about their achievements and talents.

The essence of a lie 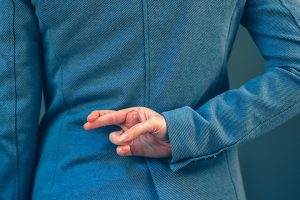 Most people think a lie occurs any time you intentionally try to mislead someone. Some lies are big while others are small; some are completely false statements and others are truths with a few essential details made up or left out. Some lies are obvious, and some are very subtle. Some lies are told for a good reason. Some lies are selfish, while some protect others. The essence of a lie is that the liar knows he or she is lying.

Over time, most Americans probably lie at least occasionally. But the inference of pervasive daily lying is misleading. Many lies are told to ease social situations (for example, when someone asks you “Do I look good in this dress,” and you say “yes,” or someone asks you if you’re bored and you say “no.”). These are, for the most part, innocuous and even kind lies. Sometimes we lie to get out of trouble, and sometimes we lie because being honest is too painful. For the most part, these are regrettable transgressions, but generally understandable.

Then there are serious or egregious lies that harm other people, or even society as a whole. For example, telling a dying patient that he’s not dying is an outrageous violation of his right to know, to make arrangements for his responsibilities, and to say goodbye to his loved ones. It discredits the basic honesty present in most people’s everyday communications. Corporations that lie to their employees undermine important personal and social contracts. But perhaps worst of all are those officials whose lies undermine a society’s ability to believe its government and its leaders.

Create your own user feedback survey