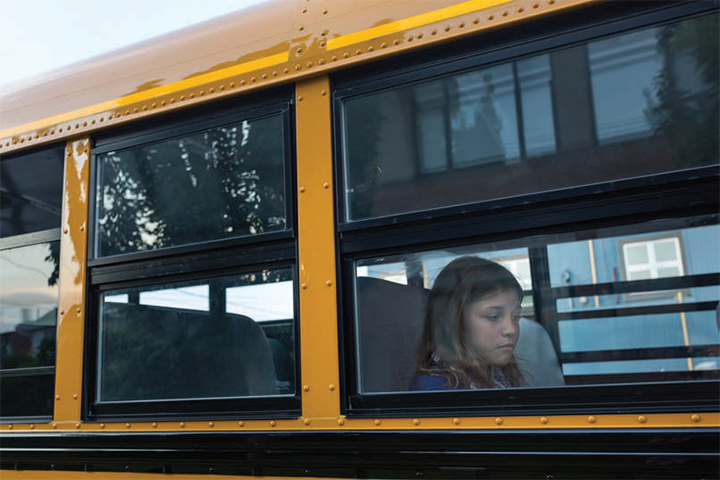 “City life is millions of people being lonesome together,” the 19th century naturalist and philosopher Henry David Thoreau once said. Roughly a century later, Beatle and songwriter  Paul McCartney asked: “All the lonely people, where do they all come from?” 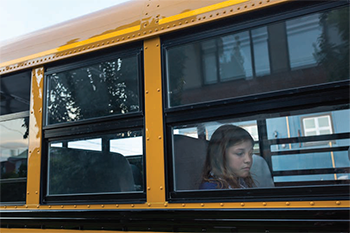 The truth is there are lonely people everywhere, leading some nurses and other healthcare experts to conclude that America is facing a loneliness epidemic.  Research shows that loneliness can have serious consequences on the health and well-being of all people, no matter their age, geographical location, or back- ground

“Wherever they work—hospitals, public health, home health—nurses  need to have loneliness and social  isolation on their radar when assessing patients,” said Kathy Berra, MSN, ANP, FAAN, FAHA, FPCNA,  past president of the Preventive Cardiovascular Nurses Association, an organizational affiliate of the American Nurses Association (ANA).

Laurie Theeke, PhD, RN, FNP-BC, GCNS-BC, a leading nurse researcher on loneliness, added, “There is a stigma with loneliness that begins as early as preschool. Everyone wants to fit in, and not think they may be socially unacceptable.”

Epidemics, however, can be stemmed. And Theeke, a West Virginia Nurses  Association member and professor at WVU School of Nursing, is among those developing  and promoting interventions to address loneliness  and, subsequently,  its negative impact on health and quality of life.

In late 2017, former U.S. Surgeon General Vivek Murthy began publicly addressing the prevalence of loneliness, opening the door for more discussions nation-wide on this serious issue. In the Harvard Business Review, he wrote: “During my years caring for patients, the most common pathology I saw was not heart disease or diabetes; it was loneliness.” In that article he noted a decline in people’s social connections and deep relationships, including within workplaces.

Varying surveys illustrate just how widespread loneliness is. In an American Osteopathic Association poll, 72% of American adults reported having a “sense of  loneliness,” with almost a third saying it occurred at least once a week. The AARP Loneliness Study estimates that 42.6 million adults age 45 and older are  chronically lonely. Another recent Cigna survey called Generation Z—those between 18 and 22 years old—the “loneliest generation.”

Oregon school nurse Nina Fekaris, MS, RN, NCSN, increasingly has observed loneliness and social isolation  in both young and older children,  which manifest in different ways. “As school nurses, we see many children come into the health room  with vague complaints, often saying ‘I just don’t feel well,’” said  Fekaris, president of the National Association of School Nurses, an  organizational affiliate of ANA. They may routinely skip class or recess because they are looking for a safe place where no one is judging them, or they have increased absences.

She added, “Children may be in the same room but they are not connected to each other. They often think they are being social, but really there is no face- to-face interaction.” Theeke pointed out that self-isolation can happen in lonely people and perpetuates the problem.  At the other end of the age spectrum are older adults,  including those who may have limited resources or  are coping with serious chronic illnesses.

“Loneliness is a common problem, because the older you get, the more you can feel you don’t fit in,” said  Colorado Nurses Association member Fran Dowling, a long time, long-term-care nurse who retired at age  75 several years ago. “Some people  fear reaching out, especially if they can’t hear well or have a disability.  They don’t want to bother anyone.”

Berra sees older clinic patients who struggle with loneliness. “They need people to shop for them, their grown children are working, and their friends are passing away,” she said. “Sometimes the only person they see that week is from  Meals on Wheels.

Theeke, who considers loneliness a global epidemic, began her research over 10 years ago after speaking with frustrated medical students who perceived that patients were repeatedly coming to the gerontological clinic largely for  human interaction.

Theeke describes loneliness as a  “smoldering stressor” eliciting a  physiological stress response that  is pro-inflammatory and linked to  diminished immunity, hypertension,  heart disease, metabolic syndrome,  functional decline, cancer, and depression. In addition, very lonely  people are reported as more likely  to engage more frequently in the use of tobacco and  illegal substances.

Berra considers loneliness and social isolation as  strong risk factors that can have an additive effect on chronic health conditions and negatively affect care management. “People who are lonely and isolated are less likely to take their medications correctly,” Berra said. “And I’ve seen others who lose their interest in eating, and that can have dramatic effects on their health.

In a recent study published in theJournal of the American Heart Association, researchers concluded that heart failure patients with high degrees of “perceived social isolation,” defined as the subjective sense of loneliness, were at greater risk for death, hospitalizations, and visits to the emergency department.

A 2012 Amsterdam study found that older adults who felt lonely—as opposed to just being alone—faced a higher risk of clinical dementia later in life. And a November 2017 report, “It Starts with Hello,” noted a correlation between long term loneliness in young people and poor mental and physical health, as well as lower academic attainment. Published by Action for Children–United Kingdom (UK), the report focuses on certain higher risk populations, including children who experience neglect or have disabilities, young parents, and parents with mental health issues.  In 2018, the UK appointed a prime minister of loneliness, sending a clear message that loneliness is a  health priority.

A closer look at interventions

Theeke believes the first step toward effectively addressing loneliness is for clinicians to ask their patients about it, which also will reduce associated stigma.  Further, a three-question loneliness scale can be used to aid in patient assessment and incorporated into the electronic health record. 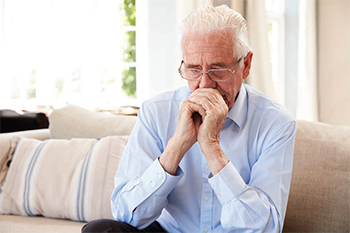 “We should be asking [patients] how they are doing emotionally,” said Berra, a recently retired clinical trial director at Stanford Prevention Research Center who works at a clinic seeing older adults with heart failure. “We should make this another vital sign.”

If patients are mildly lonely, nurses can talk with them about how they can meet their “belonging” needs, which allows them to self-correct, according to Theeke. If they are profoundly lonely, they can be referred to a behavioral health specialist and assessed for depression because loneliness is a major predictor of this disorder.

Theeke developed the “Loneliness Intervention using Story Theory to Enhance Nursing-sensitive outcomes,” or the “LISTEN” intervention, which she describes as doable in clinical and community settings, even with healthcare professionals’ time constraints. This cognitive behavior–based intervention is composed of five successive group sessions. A nurse or other trained interventionist leads the discussion and listens in a therapeutic way as participants share their stories and hear from others who are lonely. In subsequent sessions, participants are asked about what previously made them feel more connected and gave their lives more meaning, and then are encouraged to explore what might work for them and proactively engage in those activities.

Theeke said the intervention has helped diminish loneliness in 33 older adults who participated in her pilot studies. For example, women from one of the groups decided to continue to meet every Monday for lunch. Other participants joined exercise groups, took college classes for seniors, assumed leadership roles in community settings, and developed new friendships. LISTEN was designed to target the phenomenon of loneliness regardless of age, so Theeke maintains it has potential to be effective if used with other populations.

Once loneliness or social isolation is identified as an issue, school nurses can work with counselors, parents, and others to implement interventions that can help, such as pairing a student with another at recess or arranging therapy for social anxiety.

Nurses are not immune 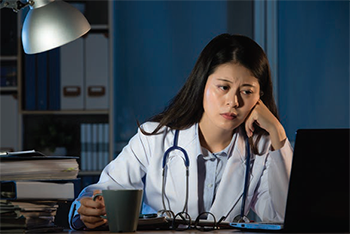 “It’s 100% possible to feel lonely even if you are surrounded by people all day,” said Scala, who sees a connection between nurse burnout and loneliness.  “Nurses just put their heads down and push through, and generally don’t want to show any weakness,” Scala said. “However, rushing from one patient’s room to another and maintaining professional boundaries can increase a sense of loneliness.” And social media can make some nurses feel like they can’t measure up to others, which fuels feelings of isolation and loneliness.

Nursing jobs are also difficult, leaving little time to  connect with coworkers, according to nurse experts. New managers or those in new roles can feel particularly lonely.

Added Berra, “Friends and family often don’t understand what a day in the life of a nurse is like.”

So nurses themselves often have to identify the feelings they are experiencing as loneliness, which requires self-awareness, according to Scala. Then they should find a confidante, or in some cases a professional therapist, who they can talk to about their feelings of loneliness, self-doubt, and fears in a safe environment.

Dowling, who has supportive adult children nearby, stressed that it’s important to reach out to others to combat loneliness, even if it seems difficult. “Retired nurses may feel lonely more because they have been  so active and so needed,” she said.

Dowling gets together monthly with a retired nurses group for camaraderie and to hear from guest speakers. She also recommends finding or engaging in activities that bring enjoyment, whether it’s painting, playing cards, or one of her favorites, computer games.

Said Theeke, “It’s important that people realize they are not alone in their loneliness.”